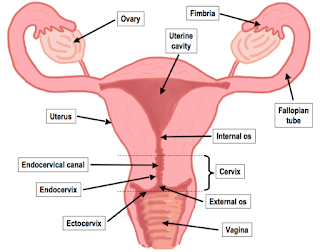 i went to my family doctor but, as i expected, he had to refer me for tests at a hospital. this requires him to give me an official referral but in order to do so, he needed me to confirm one thing:

"is there any chance that you're pregnant?"

he noted my response and the explanation i gave him and said he would make the referral. but first, they had to give me a pregnancy test.

it turns out that i could have said i'd been standing on my head to encourage ovulation before sex twice a day or that i was a lesbian nun, because the protocol is still that they have to give me a pregnancy test before they can send me for the tests i need.

consider that for a moment: our medical system does not trust a woman to determine if she could be pregnant; it requires confirmation from an outside source.

the costs involved are minimal, i'm certain, but somewhere along the line, someone is billing the health care system to give me a sterilized cup to pee in and then checking to make sure i don't have a hormone spike. we are all paying for professionals to determine something i've already told them with no shadow of a doubt.

as i expected, i passed [or failed] the pregnancy test and was allowed to go to the hospital for the tests i actually needed. [side note :: these tests would have determined whether or not i was pregnant anyway.]

so the next day i was sent for blood tests and an ultrasound. the blood tests were a little more unpleasant than usual because, apparently, i have no circulation in my left arm. you know that slightly uncomfortable sensation of the blood being drained from you from a regular blood test? imagine how much more fun it is when the tube is desperately trying to suck the blood out of you but can't. like getting a hickey from a particularly belligerent mosquito.

but that was really a minor problem. when the nurse switched to my right arm, the blood shot forth so quickly it almost hit the wall behind her. the real fun came with the ultrasound test that followed.

it took a while. i had to sit in a waiting room for over an hour with a lot of women who looked kind of anxious. in particular, there was one woman who was so pregnant that she could have taken someone's eye out with her navel just trying to squeeze past them. the longer we waited, the more i started to worry that she was going to give birth right there, while the hospital was still trying to decide which department had jurisdiction. [and of her being called in for her ultrasound after having given birth on the waiting room floor.]

no one enjoys having an ultrasound. you're on a table with your skirt or pants half down and your shirt hiked up, your belly exposed and covered in cold goo with a ratty hospital towel stuffed into your lowered waistband. although i hadn't received any instructions, i knew from previous experience that these things work better if you don't eat for several hours beforehand [check] and if you have a bladder that's a little full [also check]. the latter part makes the process rather uncomfortable but the technician administering the test did at least comment that the quality of the images she was getting was really good.

after this was done, i was cautioned to remain as i was, belly hanging out, covered in goo and a ratty towel, flat on my back, until the doctor who was to review my scan had arrived. [no peeing allowed.]

to my surprise, she arrived in what seemed like about thirty seconds. at first, i was happy that refusing to eat all day and not having peed in five hours had resulted in such a crystal clear scan that she'd barely had to glance at it. then she spoke.

my first thought was that that was how long i had to live. it seemed weirdly specific and she seemed way too happy about it. then i realised that she meant pregnant, which was even weirder. we stared at each other for a long moment until she said:

well either you are or i am.

she looked at me sympathetically as she left and said, "i figured i was in the wrong place, but you'd be surprised. we have a lot of older patients who come in pregnant."

a lot of older patients? what the hell?! i thought i looked kind of cute.

she exited the room, the last shreds of my dignity trailing behind her like a scrap of toilet paper stuck to her shoe.

about fifteen minutes later, she returned to explain to me that i had a completely banal problem very common among women: fibroids on my uterus. on the other hand, she reassured me, my ovaries are extremely healthy. [seriously, she seemed way too excited about how healthy my ovaries are.]

i'm not planning on using them.

although there are very simple options available for my issues, upon hearing that i wasn't planning to have children, she immediately started suggesting that i might as well have a complete hysterectomy. that would involve removing my uterus [probably not necessary, but they could be persuaded to do it] and also my apparently healthy ovaries. "at your age", she advised me "you might as well."

i can tell you without a shadow of a doubt that i have never felt as attached to my ovaries as i did at that moment.

a radical hysterectomy [removing both the uterus and the ovaries] is a traumatic operation for a female body. it throws you immediately into menopause. it's often significantly harsher than natural menopause because it is sudden and forced. but since i'm probably going to hit menopause within a few[ish] years, medical opinion is that i might as well throw caution and my perfectly healthy ovaries to the wind.

this doctor could literally not conceive of a reason why i'd want to keep any part of my sex organs if i wasn't planning on being one of her old patients getting pregnant. the idea that i might just want my body to be able to observe its natural cycle was... unnatural.

they can just take everything out through your bellybutton, she assured me, as if my chief concern would be which hole they used to approach the problem.

i left with an appointment to see a gynecologist in a couple of weeks who, i was assured, was obliged to take out basically any organ that i wanted, despite the fact that he's a man.

i came home feeling exhausted, even though i was somewhat relieved that there wasn't a more serious problem [beyond the fact that people at the hospital seemed preoccupied with obtaining my uterus and very healthy ovaries].

in order to relax a little, i decided to peruse some of the new books available on indigo [canadian barnes and noble]. although i have a profile, buying history and wishlist on the site, its algorithms seem determined to go their own way. i opened the page and was greeted by a message that i might be interested in the following: numerous gifts for "baby's first christmas".

dear world: i am not pregnant. i do not plan to be pregnant. if i were to get pregnant, it would be weird and creepy and possibly apocalyptic for all of us. please stop telling me that i need to be pregnant or that i need to hand over my uterus and enviable ovaries. fix what's wrong with me in the least invasive, least disruptive way possible and get the hell away from me.