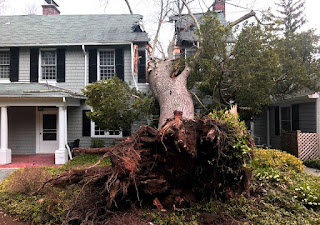 as some of you are aware, i have a long-term project building a family tree. this has led me to some really interesting discoveries, like the fact that i am partly descended from crazy cat people, including the patron saint of crazy cat ladies, that a progenitor of mine once defeated a french naval assault with an army of scarecrows, that my well-established scottish roots are just as much norwegian as scottish, and that a relative of mine from the early middle ages let one rip with such ferocity that that's basically all he's remembered for. but this week, while i was in the midst of adding some newly obtained information, i found that some of my previous research had gone in an unexpected direction: the wrong one.

where possible, i try to track down stories of my better-known relatives and in doing so this week, i realised that i couldn't connect one of my greatˣ grandfathers to his son through any outside sources. what's worse that i found numerous sources that connected father and son to entirely different families. generations of the family tree were screwed up, entire branches had been wrongly included while others were absent. something was terribly wrong and that something was me.

probably the most embarrassing thing about this whole debacle is that the mistake should have been obvious if i'd paid closer attention to the document that forms the very basis of my genealogical research, a family history typed up by my grandfather that stays with me always, even though i never had the privilege of meeting the man. [he died the year before i was born.] while a little unclear at times [there are a lot of macdonalds in my past and they're often from very different branches], it does have some solid information on the origins of the clan and the origins of our particular branch. it should have been a red flag that the person credited with founding our branch was nowhere to be found in my goddamned tree.

now that i've found my error and have also found the correct information to replace it, i get to embark on the enjoyable task of entering the new information one person at a time. it's like data entry without getting paid! the trickiest part is actually removing the incorrect names because, as often happens with large extended families from sparsely populated areas, some of those people appear multiple times in the tree. they might be wrongly placed in one position, but they are rightly placed in another. so i have to make sure that i delete only the instance where it shouldn't appear, rather than deleting the entire record. i know me. there's basically a 0% chance that i don't screw this up. [you mean screw this up more -ed.]

the added wrinkle is that, at a certain point in the past, the wrong bit becomes right again. huh? well, since scottish clans come from a common progenitor, after a few centuries, you get back to where you started. so all the stuff in the middle is wrong and there are lots of branches in between that have to be removed, but the beginning and the ending are fine. so i've built a ten story building from which i now need to remove floors four through six. an architect would recommend razing the whole thing and rebuilding because doing it any other way is stupid and dangerous. luckily for all of us, i'm not an architect, which means i'm still going to try fixing it while keeping the stuff that still belongs. i shall be doing this during the copious amounts of free time i absolutely don't have.

one possible positive outcome of this is that one of the branches to be removed comes from the savage family. the savages remain part of my heritage, but only in one half, which means that at least my parents won't be cousins anymore.

if anyone's looking for me, i'll be in front of the computer, typing names and dates, probably cursing a lot. always check your work, people.

p.s. :: yes, i will be doing a final dinner for eat the cup 2018. it's coming shortly because i'm gonna need something to distract me from this disaster.