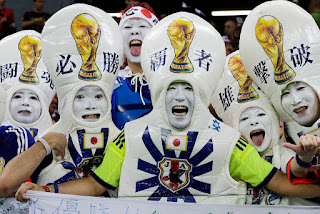 oh world cup, you can be cruel. my deepest respect to the iranian national team, who deserved better than to bow out to a profoundly average portugal. team melli has nothing to be ashamed of. goalkeeper ali beiranavand, who was homeless on the streets of tehran a few short years ago, saved a penalty from [takes deep breath] one of the greatest players of all time. he deserves to feel great about that for the rest of his life. and my heart bleeds for senegal, who were nudged out of a place in the last sixteen on "fair play points" [they had two more yellow cards than japan].

on a happier note, we've also seen some standout performances from supposedly "lesser" teams that have been rewarded. to whit, japan's 2-1 victory over much-touted colombia. it would be a remarkable result on its own, but it is especially so because it marked the first time that an asian team had ever beat a south american team at a world cup final tournament. ever. that deserves a little celebration, don't you think?

well i definitely thought so, which is why i chose to do a meal focused solely on japanese food, rather than my usual attempt at combining influences. [i'm really gonna have to work to beat serbian-icelandic burritos, though.] a special result deserves a special tribute.

although sushi may be my favourite thing to eat, i felt that it just involved too many specialized ingredients for it to be a practical, budget-friendly meal. it will have to remain in the camp of things that i'm satisfied to have prepared for me without jumping into the culinary deep end myself. however, i did opt for a fish dish since the love of anything from the sea extends to many aspects of the archipelago nation's cuisine.

i chose to work with haddock, which isn't especially typical of japan, but which is something that requires a cook to pay attention to the principals of minimalism and balance that feature so strongly in its food. although there are hundreds of fusion restaurants that would disagree with me, i find that japanese food doesn't mix especially well with others because so much of it relies on comparatively delicate flavours with an exclamation point. by that, i mean that there is an emphasis on freshness and simplicity and the addition of strong flavours as "accents": wasabi with sushi is an example that many will recognize. the point is never to mask the flavour of the ingredients but to amplify it by providing a sharp counterpoint. there is a real art to preparing this sort of food and i don't claim to have done the best job of it because i'm just not that good a cook. 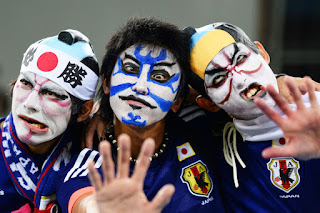 i decided to prepare my haddock with a sauce made up of a couple of staple flavours from japan: miso and wasabi. [mixing the ingredients in a sauce, rather than combining them shortly before serving, is arguably pretty un-japanese.] miso broth is ubiquitous in japan as a starter the way that bread is in north america. it's very mild but has a distinctive, pungent flavour because miso is fermented. it's also tremendously healthy. too many people believe that the point of wasabi, on the other hand, is to load it up to show how much heat you can handle without choking or sneezing. doing so only robs you of the fact that wasabi has a wonderful sharp-sweet flavour, much like a concentrated cousin of horseradish [which is in fact exactly what it is]. in order to avoid sensory overload, then, i made my sauce with a miso base [fermented paste + warm water], then added wasabi bit by bit, until i was satisfied that i'd achieved what i was after. i added a touch of ginger- enough that the flavour came through without elbowing everything else out of the way- and finished with green onions. slap everything in the oven at 350 until it's done. [fish is one of those things that you can ruin by overcooking it even a little so my advice is that you should never trust cooking times. after about 15-20 minutes, check on your masterpiece regularly and remember that when you remove something from the oven, the accumulated heat will continue to cook the food for a few minutes.]

as an accompaniment, i decided on the magical noodles known as soba. we may associate rice with all asian food, but while rice undoubtedly plays a major role, it's these buckwheat wonders that brim with essential "japan-ness". they are a staple throughout the country and are served in all manner of ways- hot, cold, in soup, on their own, under food... a quick search will net you dozens of articles on finding the best soba restaurants in japan but the nice thing is that it's incredibly easy to prepare at home.

i chose to serve the noodles warm and dressed them rather than make a dipping sauce on the side. i didn't want them to compete with the flavours of the fish, so i used fairly delicate ingredients: rice wine vinegar, sesame oil and mirin [a slightly sweet rice wine]. the best way of approaching this is to build it up: add a little of each ingredient at a time, toss, taste and adjust. be especially judicious with the sesame oil, which can overwhelm the other flavours and give you a greasy texture if you use too much. oily noodles my work in other contexts, but they don't belong in this meal.

the result was a meal that was actually pleasant to cook and eat even in the heat of summer. but to that end, i'll really find myself tested this weekend, when the temperatures are forecasted to shoot up to the mid-thirties and feel like the mid-forties with the humidex. [i can't tell you how pleased i am that we moved house during last year's cool, rainy summer and that an extremely kind person is coming to set us up with an air conditioner shortly.]

so this weekend will be spent literally chilling out [or at least not boiling] and enjoying the first games of the knockout round, which start on saturday. and enjoying the games always means enjoying...

man candy of the match

takashi inui has already made an impression at these games, scoring a goal in a thrilling 2-2 draw with senegal. that shouldn't come as a big surprise, as he's also the first japanese footballer to score against barcelona, which he did twice in the same game, just to make sure we all got the point. and with japan's advance to the round of 16, we all get to admire his skills on the ball, his boyish good looks and charming smile at least once more. 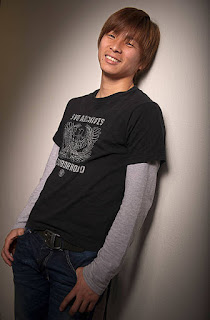 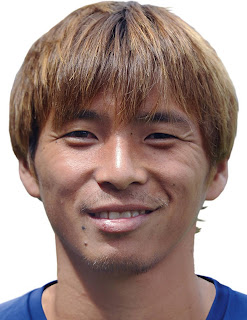 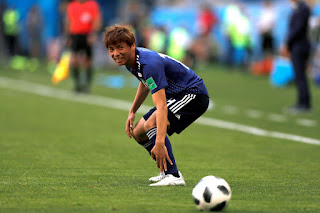 there's more foot and more food coming your way shortly. not together, though. that would be gross.