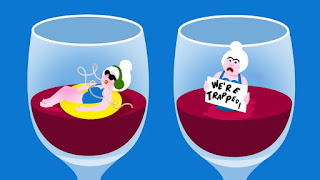 chances are that you think the world is getting worse, because that is what the vast majority of people in western, english-speaking countries believe. and chances are that you're smart enough to realise that the way i phrased that means that the opposite is true. you clever people, you.

as much as we are aware of problems in the world, the fact is that, by almost any measure, things have improved rapidly with us barely noticing. my maternal grandmother nearly died of diptheria at an early age, but by the time i was vaccinated against it, the disease was virtually wiped out in the developed world. the first two children my father's parents had died, but the subsequent six survived. my parents were happy to stop at one, because they were confident i'd be around for a while. there are probably stories like this in your own family, because things have improved for all of us, everywhere in the world. hurrah.

the article linked above makes an important point, which is that these improvements have come through diverse groups working together and would not have been possible if we'd been kept isolated. small groups are easier to control, and more likely to stay ignorant of breakthroughs in other areas that could benefit them. they're also easily convinced that others represent an existential threat rather than an opportunity for growth. those who know more about how the rest of the world works are more likely to become active at home, according to unesco. 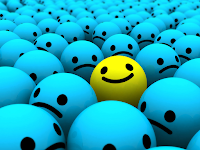 short-term stories that occupy media space emphasise the negative, whereas progress is slow enough that it can seem invisible. think about going on vacation when you were a kid: a three hour drive to the countryside and a three hour flight to a different place in the world felt like the same thing. the flight likely felt longer, in fact, because it didn't have the frequently changing scenery. but the plane took you a lot further.

some argue that appreciating the improvements we've generated in relatively short order risks making us complacent, that it is our anger that has driven those improvements, not being satisfied with what we've already achieved. i believe that there's truth in that, but i also think that it misses the mark a little. it's anger against institutions and power structures not anger against groups of people on our level or lower down on the social ladder that fuels change. stoking anger against the less powerful in society is usually used as a method of gaining consent to claw back privileges for everyone. recent "populist" movements have purported to be the former, but are really the latter. donald trump placed the same plutocrats in charge of managing the american companies and his much-touted tax reform gives massive gains to the richest americans, bought for the cheap price of a one time bonus for the middle class. ukip's nigel farage started walking back the major promise of the brexit campaign- that the money saved by withdrawing from the e.u. would be handed to the country's straining healthcare system- the second living up to it became an real possibility. the onerous regulations of government that self-styled populists reject in the name of national determination almost always include those that protect workers' rights, safety and the environment. poland's increasingly autocratic government has stirred up public sentiment against immigrants in a nation that is 96.9% polish. [hungary, their partner in spreading anti-immigrant sentiment, is 85.6% hungarian.] 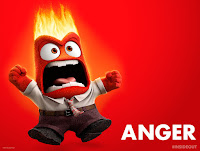 so, when it comes to anger, it's better to qualify it by saying that anger is necessary for change, insofar as it addresses power structures.

there are other arguments against the new optimism, though, ones that are harder to shrug off.

first, that optimism is predicated on the assumption that democracy is the the best end for any society. expanding the franchise to include everyone is undoubtedly the most equitable voting system, but many would argue that "best" is a very different thing. the athenians invented it, but even at the time, some of their smartest people thought democracy was a terrible idea. the likes of plato and aristophanes felt that, even with the franchise limited to about 10% of the population, that it was putting the reigns of power in the hands of a dangerous number of idiots. the system ended up working so well that the athenians ditched it within a few hundred years. the idea wasn't really picked up again until the modern era, at which point european nations painted over the athenian experiment to make it look a lot prettier than it was. even so, the french, having fought a revolution to get to democracy, tossed it by the wayside and embraced autocracy within fifteen years. if democracy is such a great idea, why have the vast majority of its successes come in a single country?

second, much progress has been purchased with the world that we live in. in order to expand the global economy, we have decimated the environment, and elevated commodification to a near-religious status. value has become purely economic, to the extent where it is difficult for us to explain value without reference to money. there was a meme fluttering around a few years ago that went something like this: "if trees could be rigged to carry internet signals, everyone would want to protect them. too bad they only supply the air we breathe."

the most important crisis we must get together to solve is undeniably how to save our environment, and in doing that, we will quickly slam face first into the fact that the capitalism that allows economic growth is incompatible with being responsible environmental stewards. what good does two hundred years of industrialisation and progress do us if we end up rendering the planet uninhabitable?

finally, optimism becomes a problem when it blinds us to real threats. it's fine to say that we have made incredible progress in two hundred years, but that doesn't make the upward trend in income inequality within the last forty years less important, or less real. the rate of military and civilian deaths by war look pretty good in comparison with the rest of the century, but when you look back farther than that, it seems pretty average. all these things are true and all need to be considered, so we can see when we've done right and when we've done wrong.


that's where anger becomes important again. thus far, we have made gains by getting angry with regimes that treated us in inhumane ways. as we have seen those gains, we've raised the bar on expectations, which ironically makes our victories seem smaller. but to solve the greatest problem, or set of problems to be more accurate, facing us now, we need to get angry at ourselves. when an oligarchy of politicians and business people set us against each other, they are protecting the system they have built not just from accusations of unfairness, but from our own inclination to do better. shouting at people in person or on the internet isn't just a sign of our being manipulated by "higher powers", it is an abdication of responsibility. we know on some level that there are lots of things that we could do better, but we feel bewildered by the size of our problems and retreat into blaming or cynicism.

so be cautiously optimistic. and be righteously angry. just keep an eye on the balance you're carrying of both. 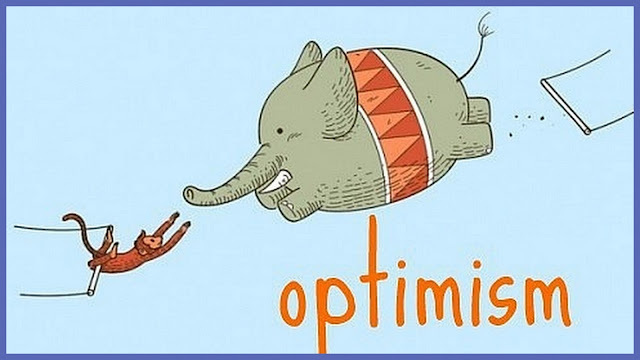