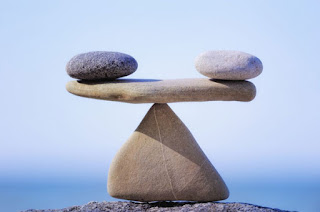 mood stabilizers are the simplest way to treat bipolar disorder and they work. so why aren't there more of them?

while watching my daily quotient of news programming, i had my attention captured by an advertisement. that usually only happens when there are animals involved [keep those penguins coming, cibc], but this was different. right off the bat, there was a reference to bipolar mania, which is something i've never heard in a pharmaceutical ad. when i looked up, it turned out to be as slick as what you'd see from coca-cola or l'oreal . apparently bipolar mania is suddenly money.

the drug being pushed was vraylar, which is still pretty new on the market. as it turns out, though, it's not a new concept: it's an atypical antipsychotic, of which there are many already on the market. i did some quick research on it, and there does appear to be something novel in how it works, regulating dopamine levels when they're too high or too low, but when it comes down to it, its effects are similar to other antipsychotics; basically industrial strength tranquilizers.

now, there's nothing wrong with antiosychotics: they work well for schizophrenia and for acute episodes of mania in bipolar i sufferers. but for people with bipolar ii, or bipolar that tends towards the depressive end of the scale [most bd cases, when the full spectrum is taken into account], hearing about one more antipsychotic  isn't exactly reason to celebrate.

what would occasion a bipolar superbowl party would be a drug that's actually suited to the condition it's treating, rather than schizphrenia's hand me downs. those types of drugs, mood stabilizers, exist, it's just that there aren't many, and they have a lot of problems associated with them.

the exact number of mood stabilizers on the market is difficult to calculate, but there are five or six often listed, compared with dozens of antipsychotics and even more antidepressants/ anti-anxiety offerings. there isn't a formal class of mood stabilizing drugs, which is partly why it's difficult to say how many of them there really are.

for instance, seroquel and sycrest are sometimes included, but those are both antipsychotics. depakote is sometimes prescribed, but it's an anticonvulsant developed to fight epilepsy. [and its side effects are also pretty horrifying for a lot of people.]

if you're talking about drugs that have a true steadying effect, you're ultimately looking at two options: lithium and lamictal.

lithium has been around for decades, and nothing is more associated with bipolar treatment. it's well understood, cheap and effective against mania. all that sounds great, but... lithium has a lot of restrictions and requirements, which make compliance an issue. side effects can include such hits as confusion, fatigue, frequent urination and increased thirst, muscle pain, weakness, sweating, sexual dysfunction, and weight gain. but wait, there's more! lithium also has a tendency to damage the kidneys and liver, sometimes permanently. and if that wasn't enough, it can turn toxic and kill you. as a result, it requires regular monitoring, which is just one more reason why people find it difficult to take.

enter lamictal. this drug is a godsend for people who haven't responded well to other treatments [more on that shortly]. it's effective against depression and has good results fighting mania, especially among people who have rapid cycling. for those it helps, it helps a lot, and its side effect profile is very low. except... lamictal has a tendency to cause rashes. in particular, it can cause a deadly rash called stevens johnson syndrome. the odds are slim that you'll develop that rash, but since it can kill you, your doctor is likely to take you off it if you get any rashes. better safe than sorry kind of thing.

now, back to what i said about not responding well to other medications. bipolar people are likely to have to fight their way through to lamictal, because it's not often prescribed as a first line treatment. it's more likely that doctors will opt to start a bipolar patient on a combination of an antidepressant and an antipsychotic like seroquel. there are reasons for doing so, and i'll admit that i don't fully understand them, but i'm not a medical professional. lamictal doesn't particularly help with the withdrawal symptoms of antidepressants, so discontinuation before switching to lamictal alone can be difficult. for that reason, many will opt to take both drugs. and that might be part of a larger problem.

because mood stabilizers can be difficult to tolerate or can try to kill you, bipolar patients are often treated with multiple medications at once. that's more strain on the liver, more dosages to balance, and more potential long term damage. it also makes it difficult, if things start to lose their effectiveness, to tell where exactly the problem lies.

in researching this piece, i did find one case of a doctor who is leading research to develop a "better lithium". the aim is to create a drug that is more targeted and easier to tolerate. this is probably years away, though, assuming that the research is successful and there's a company that wants to pick it up. it's a surprisingly quiet field.

in the meantime, there's nothing to do but find one drug or a combination that works, hope it keeps working, and hope that the cure isn't worse than the disease. not the nicest thing for someone with a mental disorder to hear.
Reactions: