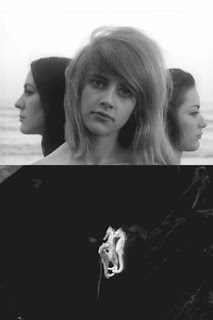 one of the benefits of having frequent bouts of insomnia is the fact that i eventually get frustrated and start hopping around the internet like tigger through the hundred acre wood. i say that's a benefit because, aside from listlessly glancing through sites i frequent during waking hours, or trawling social media for interesting things to read, i spend time perusing youtube, where i can let the algorithms guide me in my search for something to ward off a boredom-induced anxiety attack. [and yes, i know that i shouldn't be looking at the internet when i can't sleep, because i'm just making it worse, but there's only so long i can lie there with my eyes closed, pretending that i'm just about to fall asleep any second now.]

recently, youtube thoughtfully recommended a seven minute short film by obscure belgian filmmaker emile degelin called sirènes. degelin worked mostly on documentaries, but he did make the occasional foray into narrative film, mostly in french, with the occasional foray into flemish [belgian dutch]. his 1960 drama si le vent te fait peur ["if the wind frightens you"] was nominated for the palme d'or and sirènes won the silver bear at the berlin festival the following year.

although not widely known, sirènes was one of the first examples of the meshing of experimental film with experimental electronic music [and you know i'm down for both of those things], which makes me surprised that it's not better known. i'd never heard of it before a few days ago, but more importantly, neither had dom, who rattles of the names of directors, actors, editors, cinematographers, producers, special effects artists and gaffers with the effort most people put into remembering their phone number. he's my barometer of the unknown when it comes to film.

while short, the film is visually and sonically striking, with a predictably nautical theme and three empty-eyed ladies of the title waiting on the rocks. the music both approximates the sirens' call and jolts the viewer away from it, a precursor of things to come in both experimental electronics and jazz.

being one who loves to combine things in life, i thought i would take a stab at recreating the look of titular ladies. whereas most makeup that's associated with mermaids, the sirens' mythological great-grandchild, is filled with cool blues and greens, from icy to bold, degelin's sirens are seen only in black and white. their eyes are surrounded with smudged and softly smoky eyeshadow, set off from the lashes by subtly flicked black liner and crowned with strong brows. their lips appear natural- bold colours would show up as dark on film. their hair has a fluffy, unkempt look. these are all things i find much more appropriate to the idea of the siren, because, if she lived by the sea, with all that misty, salty air, it's likely that her eye makeup would smudge, while the rest of it faded completely and that her hair would look wild. [all this is assuming that sirens or mermaids existed and that they bothered to do a full face of makeup while they were waiting to kill off random passersby.]

so this might not be a typical siren/ mermaid look, but i guess that makes it an experimental mermaid, in keeping with the film that inspired it. 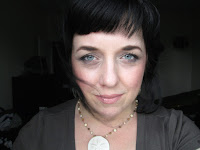 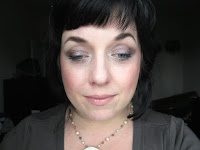 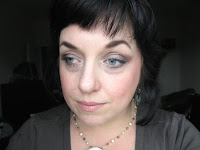 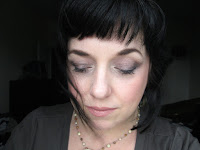 although you can only see it properly in one of the photos, i stayed on theme with a sand dollar necklace. and while my hair has really had any problems looking puffed up with humidity, i did get a little help looking windswept from the fan we have going in the office. i will admit that i went a little easy on the lower lash line smudging, because i had to go out in public, and laying on too thick is unkind on my face, because i sadly have no ocean air or sailor's blood to keep my complexion perfect and ageless.

and just for good measure, here's a shot of my take on the look in black and white: 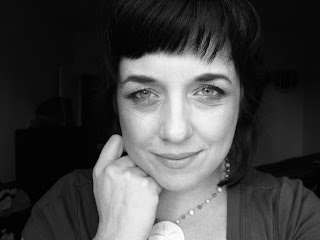 and finally, now that i've talked about it so much, why not take a few minutes and enjoy sirènes for yourself?

inspiration for anything and everything can come from anywhere and everywhere.