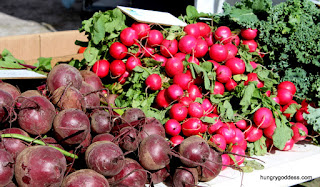 i was sort of shocked to find out, earlier this year, that bite beauty was discontinuing their original "luminous creme" lipstick formula and launching another called "amuse bouche". [side note: an "amuse bouche" is a sort of pre-appetizer, generally served in a bite-size portion, meant to excite the palate and whet the appetite.] unlike a lot of cosmetic fans, i'm a bit neophobic, particularly when it comes to tinkering with my favourite lipstick formulas. i haven't forgiven chanel for messing around with my beloved rouge cocos. that said, as much as i loved the luminous creme formula for being kind to my lips, there were a couple of areas where i felt it could be improved. first and foremost was that the colour faded rather quickly on most shades and often in an uneven, unattractive way. second, i felt like they could have been more original in their colours, since a lot of the permanent items seemed easier than not to match. but i really loved their commitment to natural, food grade ingredients and their clever names that reminded one that each lipstick contained all the resveratrol goodness of five glasses of red wine.

the new "amuse bouche" lipsticks continue with the natural and food-grade part of the equation, but they seem to have done away with resveratrol in favour of a number of other things that promise to care for lips without skimping on pigment or longevity. there are 34 shades, almost all of them new, although there are some that approximate the favourites from the luminous creme range, so we don't have to feel totally bereft. there are also some that are close to previously released, limited shades in different formulas, which will be a sweet relief to those who missed out on some of them.

being a little nervous about all this newness, i limited myself to buying one shade on the first go-around. i didn't want to grab everything that looked vaguely appealing, only to find out on first application that my lips hated them. i did, however, lay my hands on a sample size of one of the shades that was being offered by sephora in conjunction with the launch [back in february, because i am really, really late getting to this]. so i have two shades to show you.

first up, we have "beetroot", which is the shade i actually purchased. i've always longed for a lipstick the colour of stewed beets. it's a deep magenta that just leaps out from the natural world. it doesn't hurt that i absolutely love beets, although, since dom really doesn't, i rarely get to eat them. it's described as a "bold berry", but it's called beetroot, so i mean it pretty much has to look something like beets, right?

well, it does... sort of. it's definitely redder than beets, the colour of which tends to run cooler. it definitely has that eye-catching combination of brightness and depth that makes the colour of beets so breathtaking. "bold berry" could mean a lot of things and while it's an accurate enough description, i think it would be even more accurate to say "deep but but berry-beet". maybe not quite as succinct. even if it's not quite my perfect beet-shade, it is something that i'm going to be reaching for a lot.

"radish" doesn't look exactly like the skin of a radish either, but it does compare to beetroot in much the same way as the colour of a radish compares to the colour of a beet. it's lighter, brighter and pinker, although not exactly in a different universe than beetroot. bite describes it as "deep magenta", but since beetroot is noticeably darker, i feel like the naming gnomes could do a little better on differentiating bold and deep.


this is the shade that i received as a points perk from sephora and i'd say that you only really need both beetroot and radish if you adore these sorts of colours. as i do. the amuse bouche lipsticks have more shades that seem harder to match, but they're still don't have the subtle undertones of a truly remarkable colour. [in all honesty, with the trend towards unidimensional mattes in the last few years, it's gotten harder to find shades that have those sorts of nuances.]

i made some comparisons from my collection, which might be heavier on these sorts of colours than the average person's.

rouge d'armani 513, maharajah, is cooler than radish and has a fine shimmer. the discontinued rouge d'armani shade 402 [i think it's discontinued; the rouge d'armani line is kind of in chaos right now] is pretty close to beetroot- definitely the closest that i have- but is darker and more muted. i honestly expected/ worried that nars audacious lipstick in vera would be an even closer match, but it's darker, softer, a bit greyer.

the bottom line is that the colours are beautiful, but not necessarily unique. some of the more neutral shades look like they'd be harder to match.

but what about the formula? isn't that what's really the issue here? well let me assure you: the formula is killer. the lasting power is as good as i've seen from any bite product, and while it isn't quite as soft going on as the luminous creme formula, it still does feel like a treat to wear. the longevity does not cause dryness or flaking, and when the colour does wear down, it does so much more evenly than before.

the feel of the formula actually reminds me of the deconstructed rose lipsticks that came out a couple of years ago and a bit of the nars audacious lipsticks. [yikes! i've fallen behind on reviewing those in the last year... there are more i need to share, even though they're not new anymore.] like those formulas, the amuse bouche lipsticks read as nearly matte on me and quite glossy on everyone else. i've never understood why that is, but look at my photos, then go look at the ones on temptalia or the beauty lookbook. clearly, our skin is made of different stuff.

the one slight problem i had was that i found it tricky to get a really crisp line around the outside of my lips. i would have forgiven this if it had just been the mini, but it was actually worse in the full size product. i suspect that this is because the edges of the bullet are softly tapered, with a precise point only at the top, so if you want a sharp line, you have to be very careful that only the point touches the edge of your lips. and even then, unless your hands are rock-steady, it might be tricky. [you could use a lip liner, of course, but i generally don't because they never look like the right colour, except with shades of red.]

i've worn both of these shades a few times, but a series of misadventures with smudged lenses and poor lighting meant that i have very little that shows these shades as they look in real life. i do have a couple that i was able to salvage of me wearing radish, which give you an idea of what it looks like in the context of a full face.

i'm also wearing shades from the tarte rainforest of the sea palette and on the cheeks is [i believe] a combination of dior pareo and hourglass incandescent ambient strobing powder.

in addition to the 34 permanent shades, bite has just launched 6 limited edition shades for the summer. i haven't purchased one yet [because i can't choose just one, or two, or...], but i can tell you that they represent bite's most unique and daring shades to date.

i will miss the wine-themed names and, clearly, i will have to be sure to drink more wine in order to get my resveratrol, but the amuse bouche lipsticks are a definite step forward, and a very welcome addition to the world of lipstick formulas.

auxiliary beauty said…
I have that mini Radish, and I love the color, but do you have any tips for actually keeping it on my mouth? I'm fine with lipsticks that transfer right after application, but Radish KEEPS transferring as long as I wear it, and the sixth lip print on my coffee cup is just as pigmented as the first. I'm starting to think there's something in my lip chemistry that's just incompatible with Bite's formulas.
7:27 PM

morelikespace said…
It certainly does transfer, but with me, I find that it stops once it's worn down to a stain. I have a compatibility problem with a lot of YSL lipsticks, so I feel your pain.
12:25 PM