mental health mondays :: the most depressing follow up ever 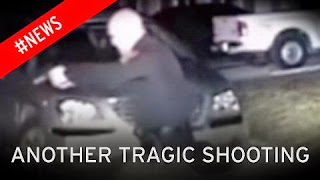 a few months ago, i did a mental health mondays post called #crazylivesmatter, about the homicide of a bipolar teenager named kristiana coignard at the hands of longview, texas police. i talked as well about the death of brian claunch, a schizophrenic double amputee who was shot in the mental health facility where he lived. that piece has proved to be one of the most popular this year on the blog, which i hope is a sign that there are people concerned about the vulnerability of the mentally ill. unfortunately, general interest doesn't equal action by the people who have the power to make changes. in the months since i wrote that post, there have been more mentally ill people killed by police and precious little done about it.

there isn't a lot of reliable data on how many mentally ill people are shot by police each year, because there isn't actually anyone collecting it on a large scale. to get an idea of the size of the problem, you need to look at lots of small scale examples. most reports in the media about police violence and the mentally ill actually link back to a single newspaper article [albeit a very good one] from portland, where numbers from around the country are examined. and even the journalist makes it clear that what she is doing is a "best estimate". her results are pretty chilling:

a joint report by the treatment advocacy centre and the national sheriffs' association released a year backed up these findings, however, faced with the lack of proper data, that report also falls back on the article cited above for its analysis.

if you read through the report, you'll see at the end they give a listing and brief description of forty-four police homicides in the united states in 2012 that involved people with mental illness. the authors are clear that they didn't really do any research how many cases there actually were [because they couldn't, since the data doesn't exist], they just listed the ones that got media coverage.

sadly, there's reason to think that a lot of cases don't get media coverage. jason harrison, a schizophrenic and bipolar man living with his mother was shot by police after she called them to help her get him to the hospital. this happened in june of last year, but only became a big story for the media when chest camera footage of the shooting was made public in march of this year.

the shootings of ezell ford in los angeles and kajieme powell in st. louis got more media coverage than they otherwise might have, since they occurred within a few days of the shooting of michael brown in ferguson, missouri.

this article recaps fourteen victims from the first eight months of 2014 who had mental illnesses. [and was also compiled by simple online research, done in a few hours.]

none of the cases i've mentioned in my posts here- not coignard, taken out by four officers inside a police station, not ford, shot at such close range that there was a muzzle imprint burned into his back, not claunch, a double amputee, not harrison, whose mother made his condition clear when she called the police, as she'd done several times before- none of them have resulted in criminal charges, let alone a conviction. they've all simply faded from public view, along with the issues that they raise.

there are a lot of persistent problems, problems that are getting worse every year. although police training in how to deal with the mentally ill is clearly wanting, the more salient point is that it's unreasonable to expect police officers to be playing the role of mental health professionals. they're being forced to do so more and more because the health system simply isn't dealing with the needs of those patients. a 2014 study published by the treatment advocacy centre drives home this point with one disturbing figure: there are ten times as many people with mental disorders in prison as there are people with the same disorders in mental hospitals across america.

this isn't a problem that wants for solutions. proposals from various groups have included:


what is lacking is the political will to get any changes started. until that happens, it seems like i'm going to be writing these pieces fairly regularly.

[it might seem like i'm picking on the united states here. the need for improved mental health policies is by no means an american issue, however police in other western countries are far less likely to use lethal force than their american counterparts.]