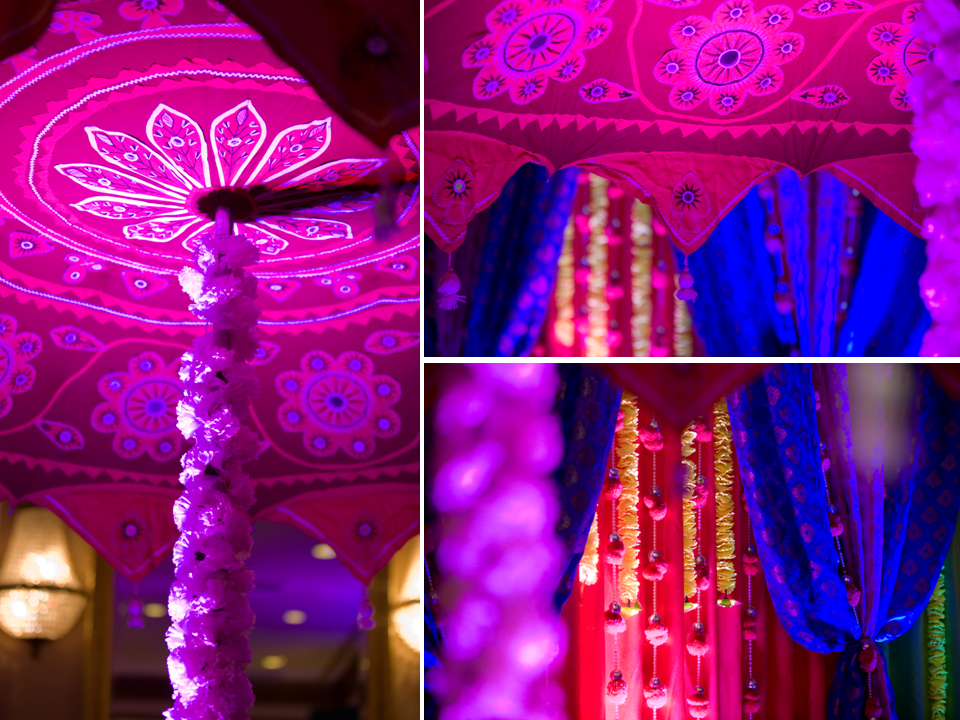 oh, you know i love me a good fuchsia. so when i heard that armani had a spring collection called "fuchsia maharajah", i immediately had a conversation with my bank account about the shock it could expect. because when i go to the armani counter without warning, i'm sure the poor account thinks it's dying. as it happens, i ended up doing less damage than i'd initially thought, but due entirely to the fact that not all of the collection appears to have made it to my counters. really, the combination of armani + bold pinks and purples is something that i'm not going to be able to resist.

the collection is inspired by shades of fuchsia used in indian fabric dyes, the bold, saturated shades of cotton and silk, that put europeans in mind of passion, intensity and the exotic. this does continue on the orientalist theme that armani established late last year for their holiday collection, although there isn't any obvious link to southeast asia apart from the name. [the model used for the collection is white and the look she wears has no particular influence from indian makeup trends.]

the collection is very much focused on the lips; it's like the second part of armani's spring collection following the release of the eye tints. there are three "sets" [although each item is sold separately] of colours, featuring a new and limited rouge ecstasy lipstick, a coordinating gloss and a nail polish. the shades are as follows:

there's also a shimmery base coat for nails and one new and limited shade of rouge d'armani lipstick, also called "maharajah" [i swear they did that just to confuse their sales associates]. i limited myself [haha] to three lipsticks: the rouge ecstasy shades "maharajah" and "garconne fatale" and the rouge d'armani "maharajah". i thought about the glosses and am still thinking about them, but i'm always questioning how much i'm going to love a gloss, given that i don't wear them a lot. [and while i like the newer armani glosses, i don't love them the way i did the short-lived gloss d'armani formula from 2011.] also, i couldn't find "pink blush" lipstick anywhere, or i imagine that would have come home with me as well.


those who frequent this blog know that the rouge ecstasy is one of my very favourite lipstick formulas. it feels like a light balm that nourishes the lips while providing mostly opaque colour that lasts for hours with a satin-matte finish. they aren't quite as intensely pigmented as the rouge d'armani lipsticks, but they do pack a punch.

both "maharajah" [aka #512] and "garconne fatale" [aka #604] are typical of my past experiences with rouge ecstasy, so as you can imagine, i'm getting a lot of use from them. both are bold colours in different ways, so they aren't going to appeal greatly to those who are shy of a statement lip. [go for the glosses!]

"maharajah" is a red-leaning hot pink that swatches quite sheer, but gives quite the pop of colour applied. i have a feeling this will pull warmer or cooler depending on your skin tone, because there clearly is some sheerness to the formula, but it will be more of a subtle harmonising with the underlying colour- you won't see a huge effect on the final shade.

there are a lot of fuchsia shades out there, but i didn't have any exact matches. mac "gesina", a limited shade from their first collaboration with marcel wanders, is deeper and redder. i had actually wanted to compare it to mac "catharina", which seems to pull a little warmer, but my tube seems to have gone missing. you can see "catharina" here. ellis faas "l403" is noticeably cooler [and more opaque/ intense on the lips].

"garconne fatale" is a deep purple that leans just a little red, without veering into berry territory. one thing that i find about the rouge ecstasy formula is that the darkest shades don't run terribly dark. there is always a bit of brightness because they aren't fully opaque. so while "garconne fatale" is deep, it isn't what i'd call full-on vamp. it's sort of like a gateway drug for people who are thinking of trying out the super-dark lip.

armani "attitude" is noticeably redder and warmer. mac "spitfire" [limited edition from the wonder woman collection] is greyer and more muted. [i also find that "spitfire" looks heavier when applied, because it is more opaque.]

the sole rouge d'armani shade included in the collection, the first new rouge d'armani since the fall 2013 collection, "maharajah" [#513, although it is not the same as the previous shade #513 released in the formula] is a bold shade for bold people. it's an incredibly intense red-fuchsia with a find violet-pink shimmer throughout. the shimmer is very subtle when applied and gives more of a cool sheen than anything. the difference in intensity and the cooler shimmer makes it appear different enough on the lips that i think it warrants owning both [obviously -ed.], as long as you like shades of this sort.

"maharajah" rouge ecstasy is a bit softer and pinker and appears quite a bit warmer on the lips. urban decay "jilted" is darker and cooler [both the base and the sheen].

i did find that the formula of "maharajah" was different than other rouge d'armani lipsticks i've tried. the texture is noticeably dryer, to the point where it's a little difficult to apply. this is something that happens with very pigmented lipsticks, but i've never had it happen with armani. i was worried, because dry formula often equals drying formula, but that isn't the case here. it actually feels very nice when applied, it's just a little trickier to apply it.

clearly, this is a collection for women [or men] who like a certain type of colour. the glosses offer a lower-wattage alternative in the same family, but they're still very pigmented compared to other glosses. the lipsticks are muscular, almost aggressive shades. "garconne fatale" actually seems to represent the muted end of the collection and it's not exactly what you'd call a soft shade.

here's a quick look at all three lipsticks in action... 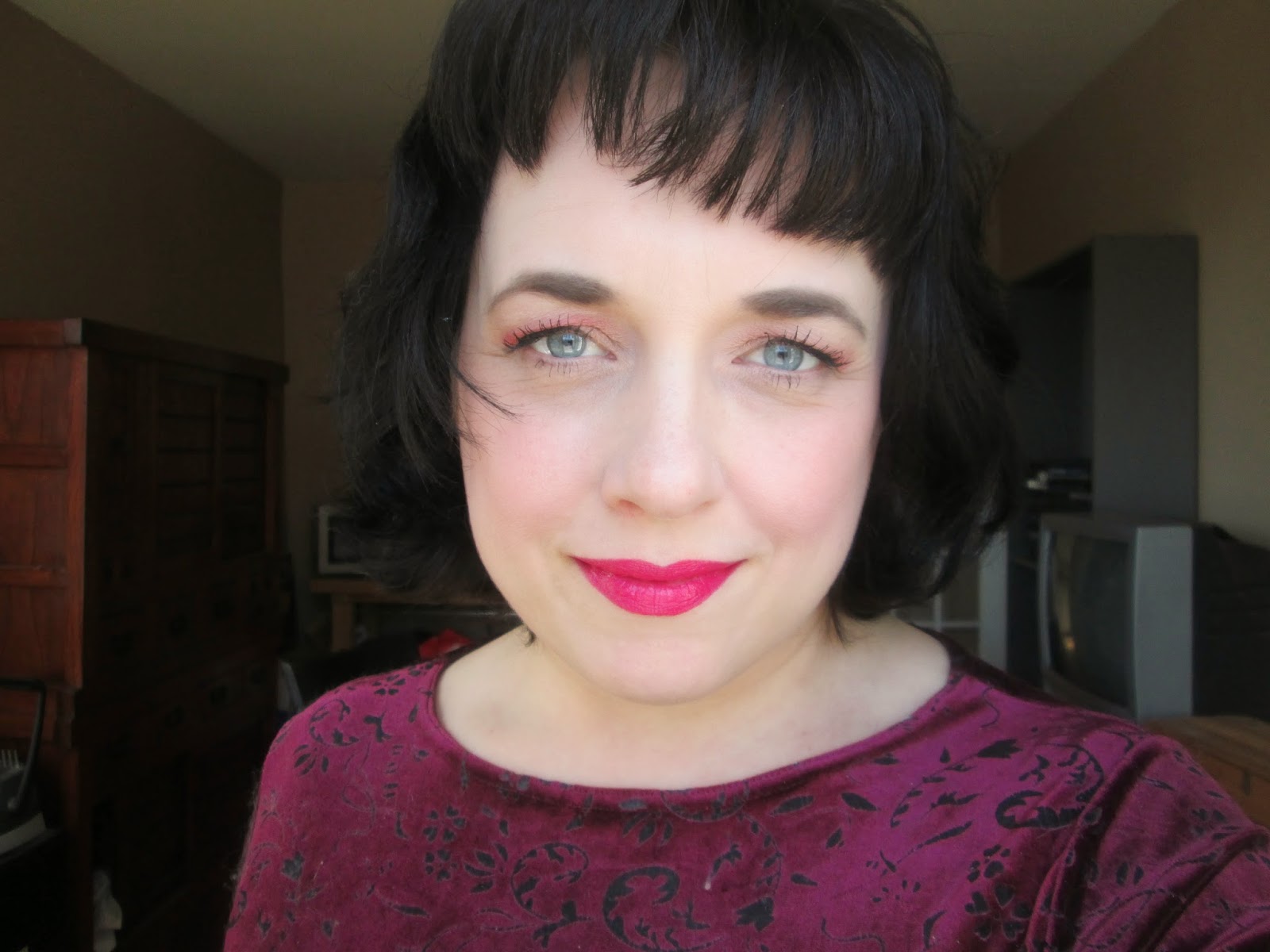 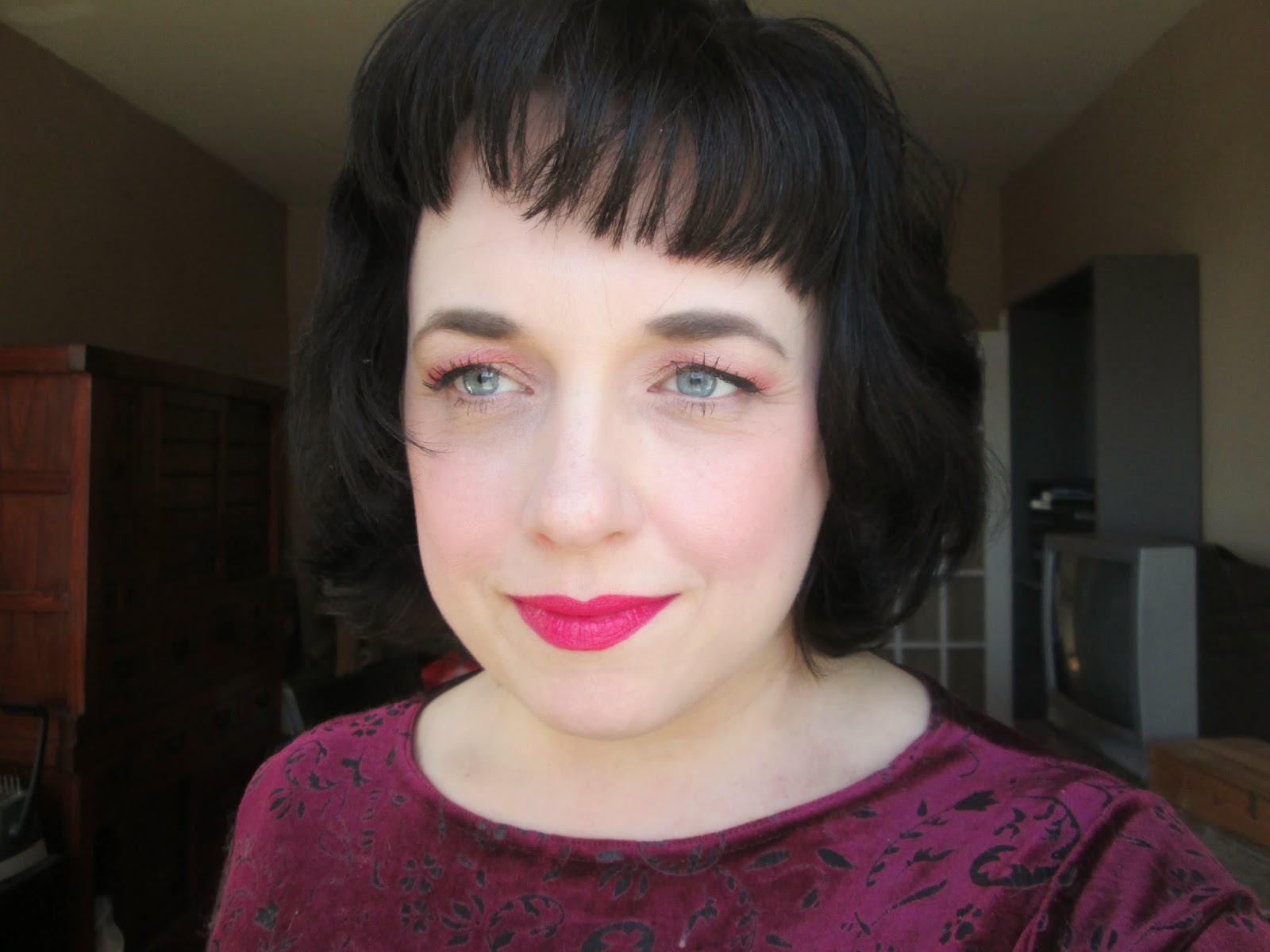 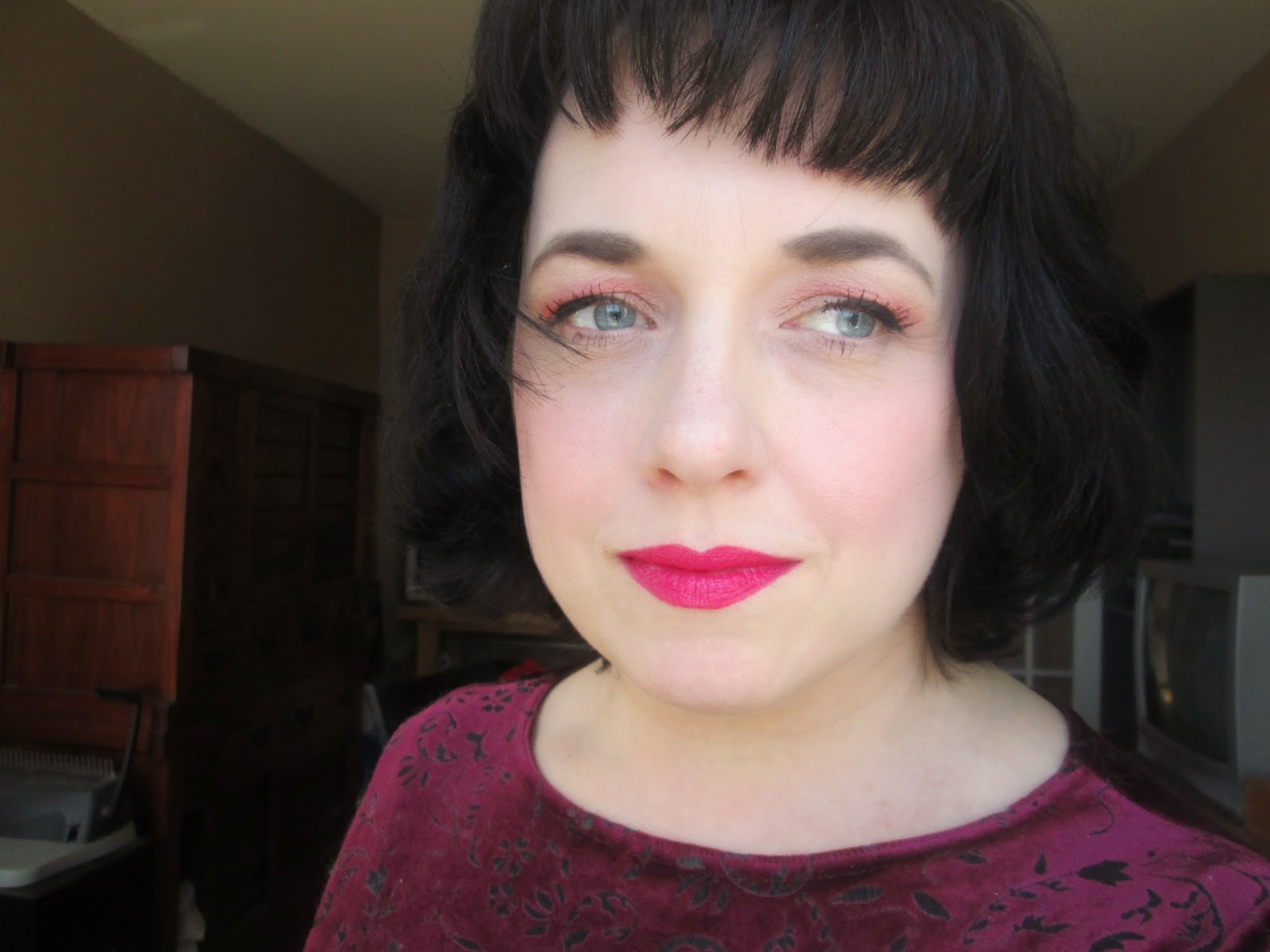 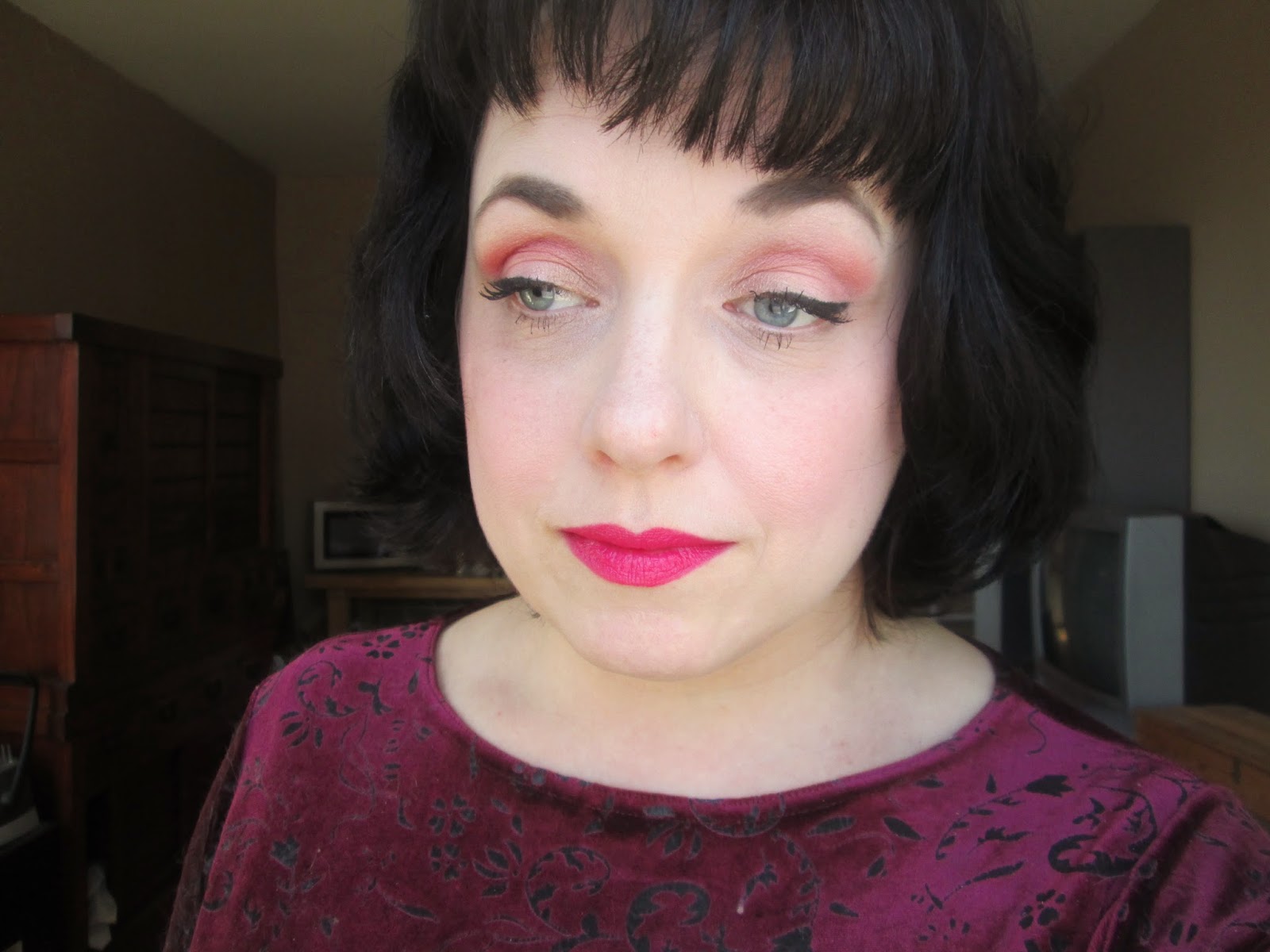 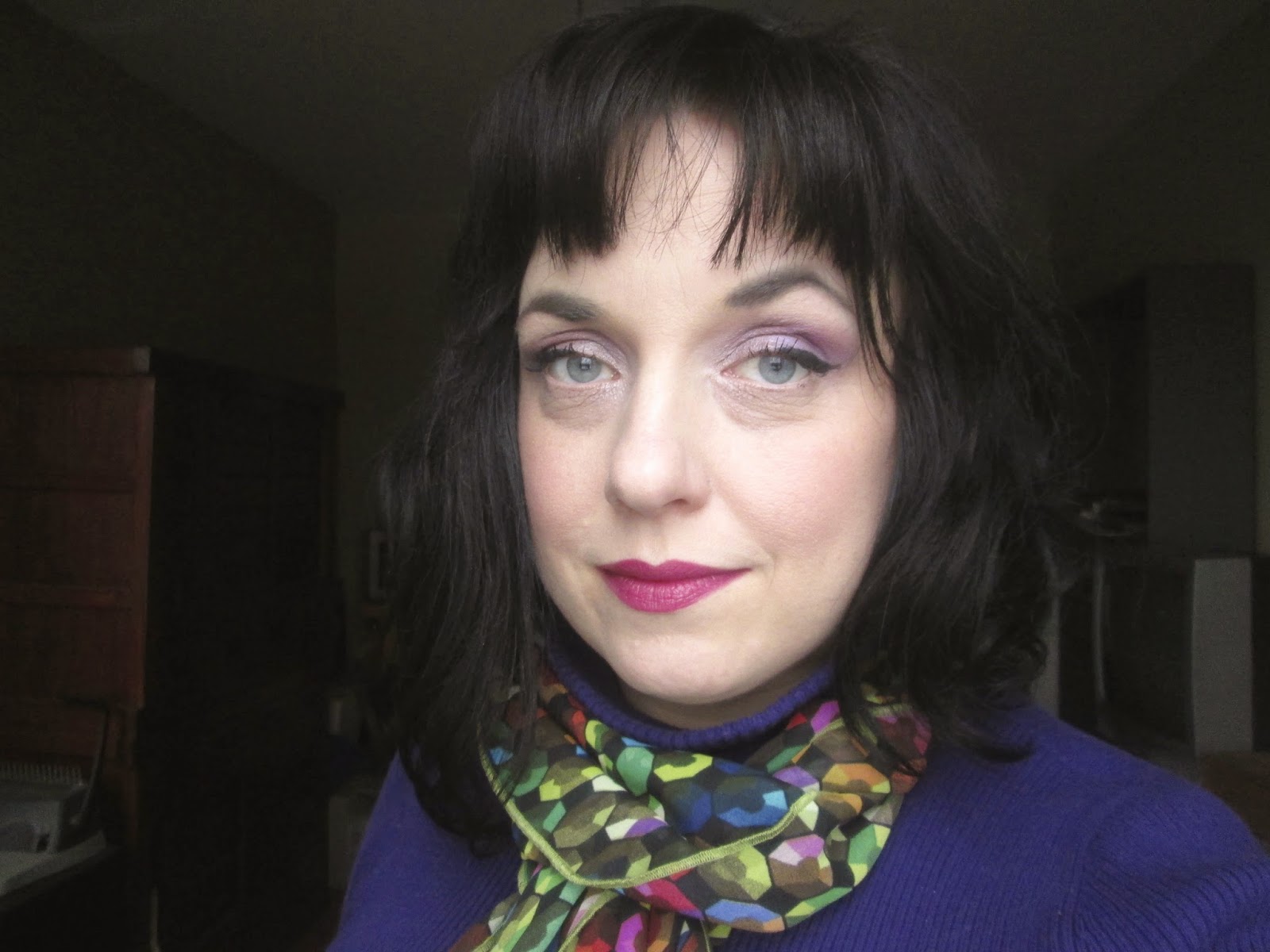 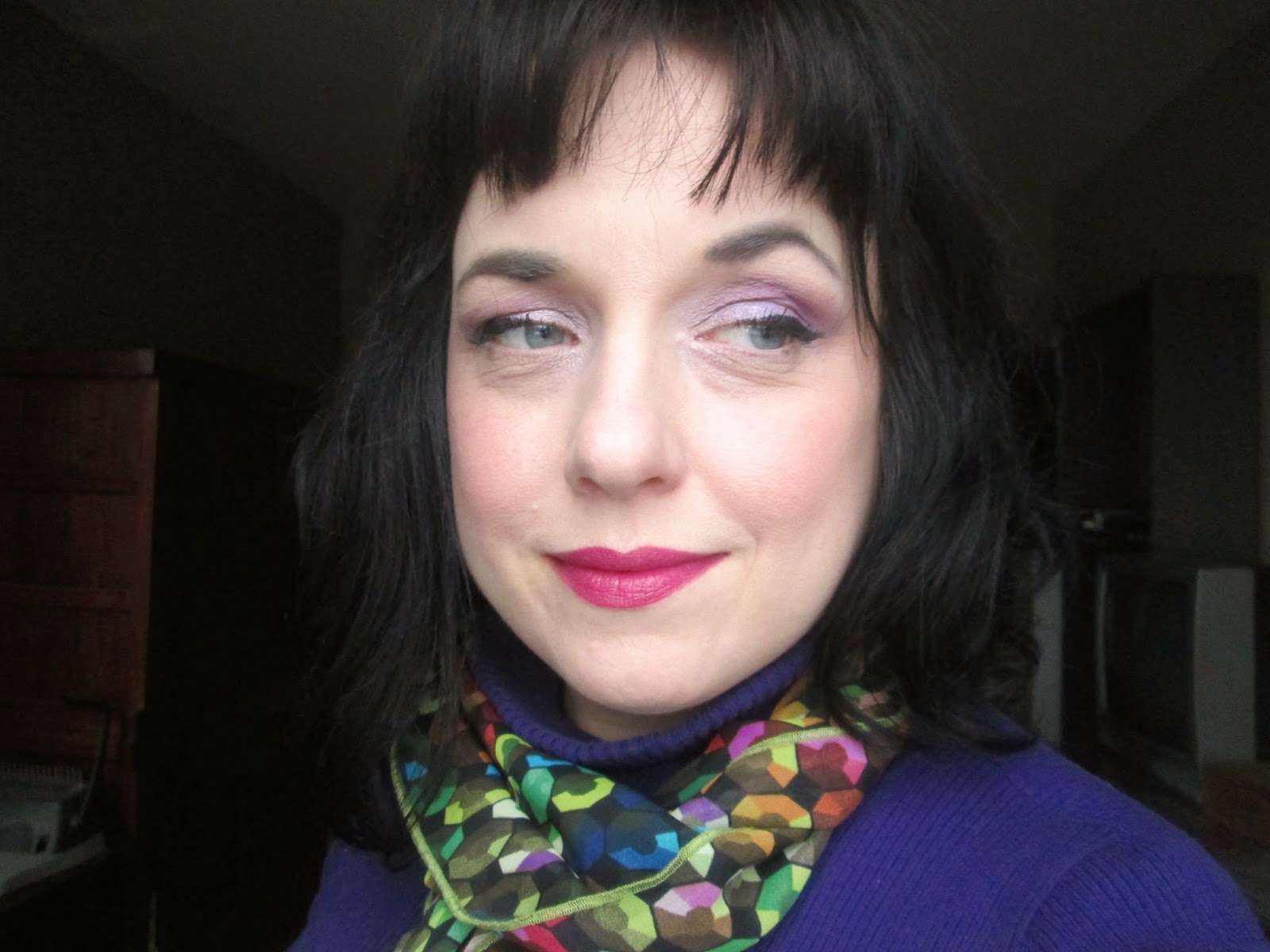 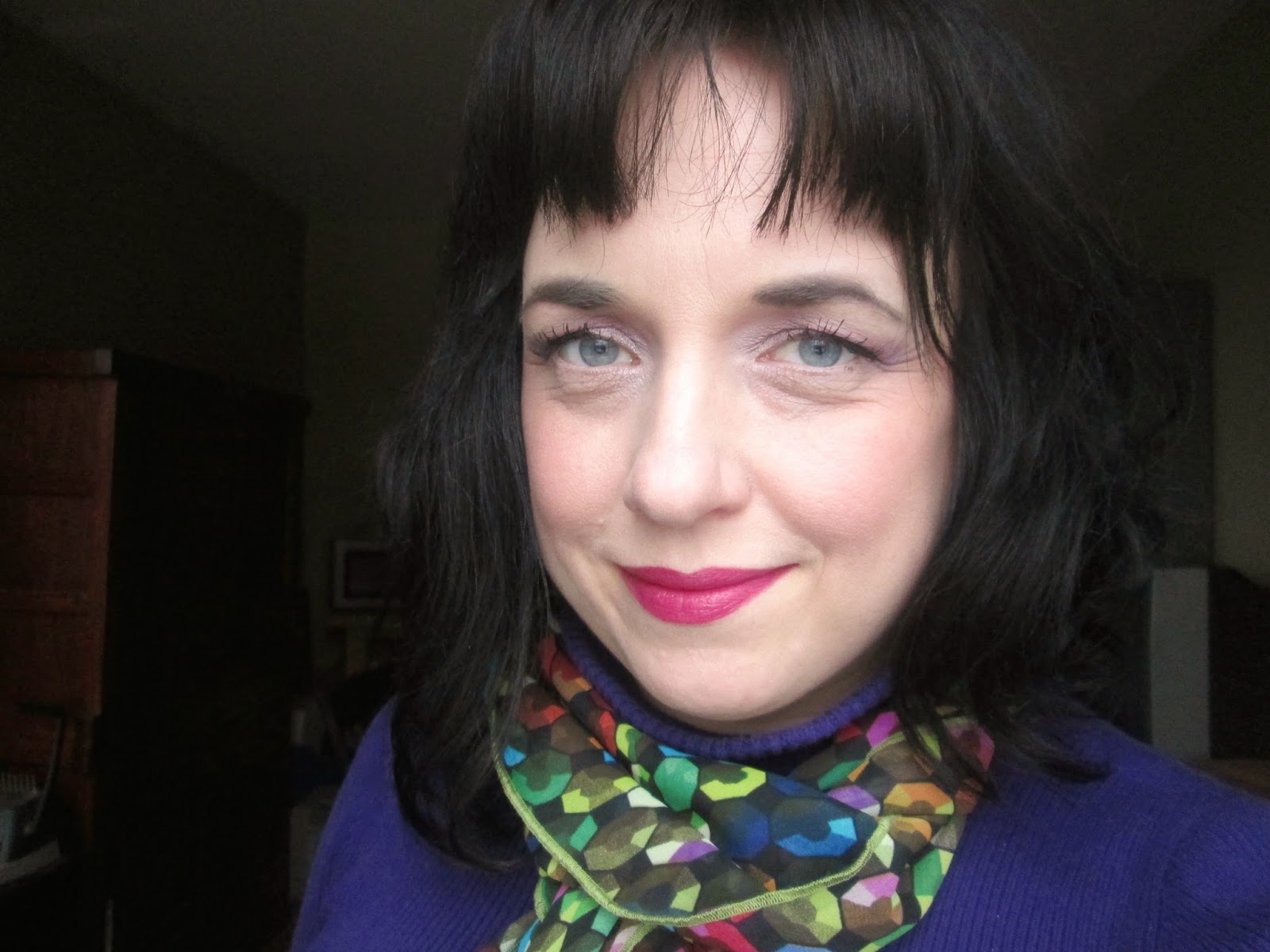 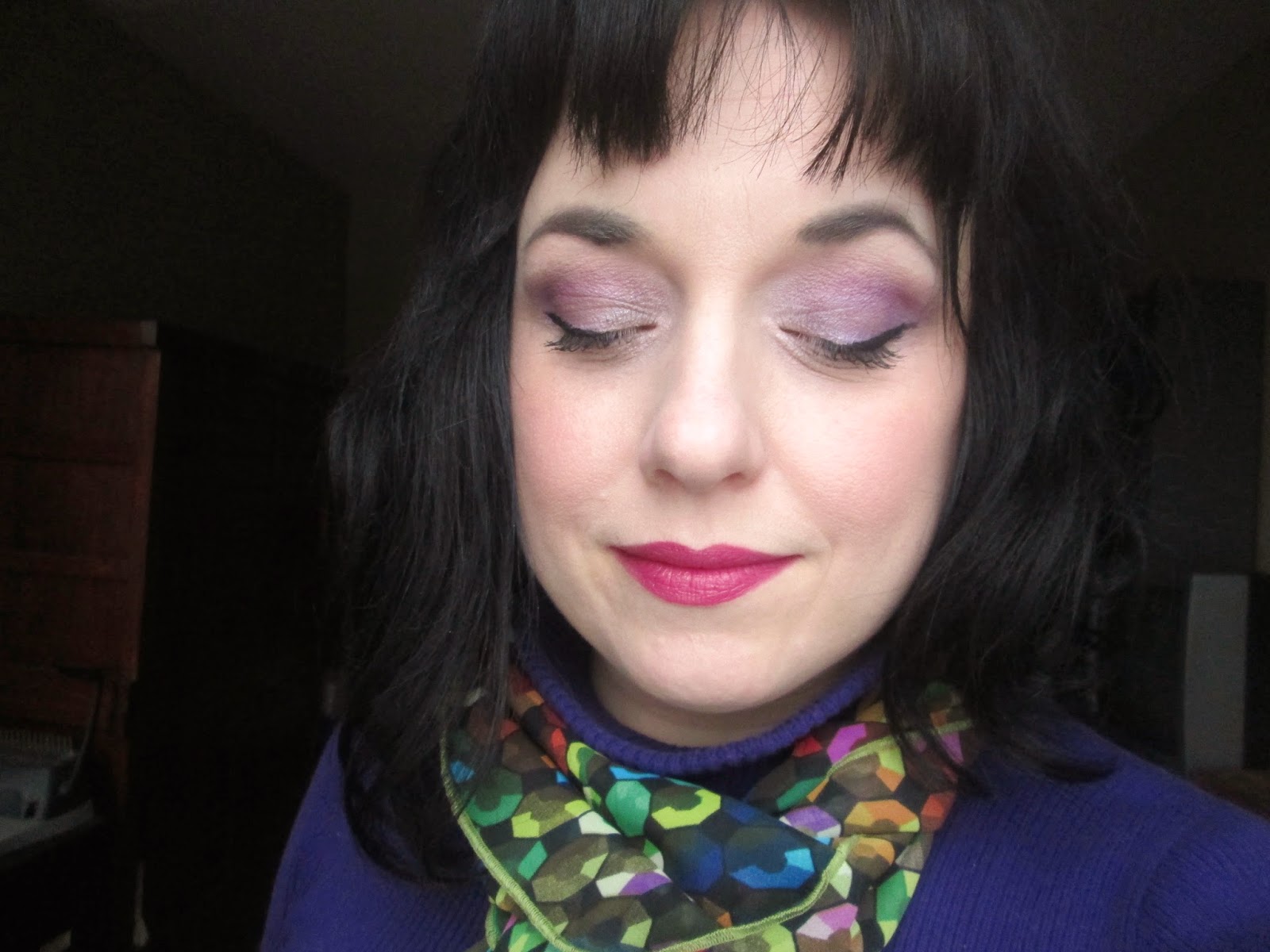 note :: as you can probably tell, this look was photographed on a much cloudier day than the others. as a result, i think it gets the short shrift, because the photos don't do it justice at all. i got impatient waiting for another sunny day and so i decided to post these. i hope it at least gives you an idea of the colour and smooth texture of the lipstick. 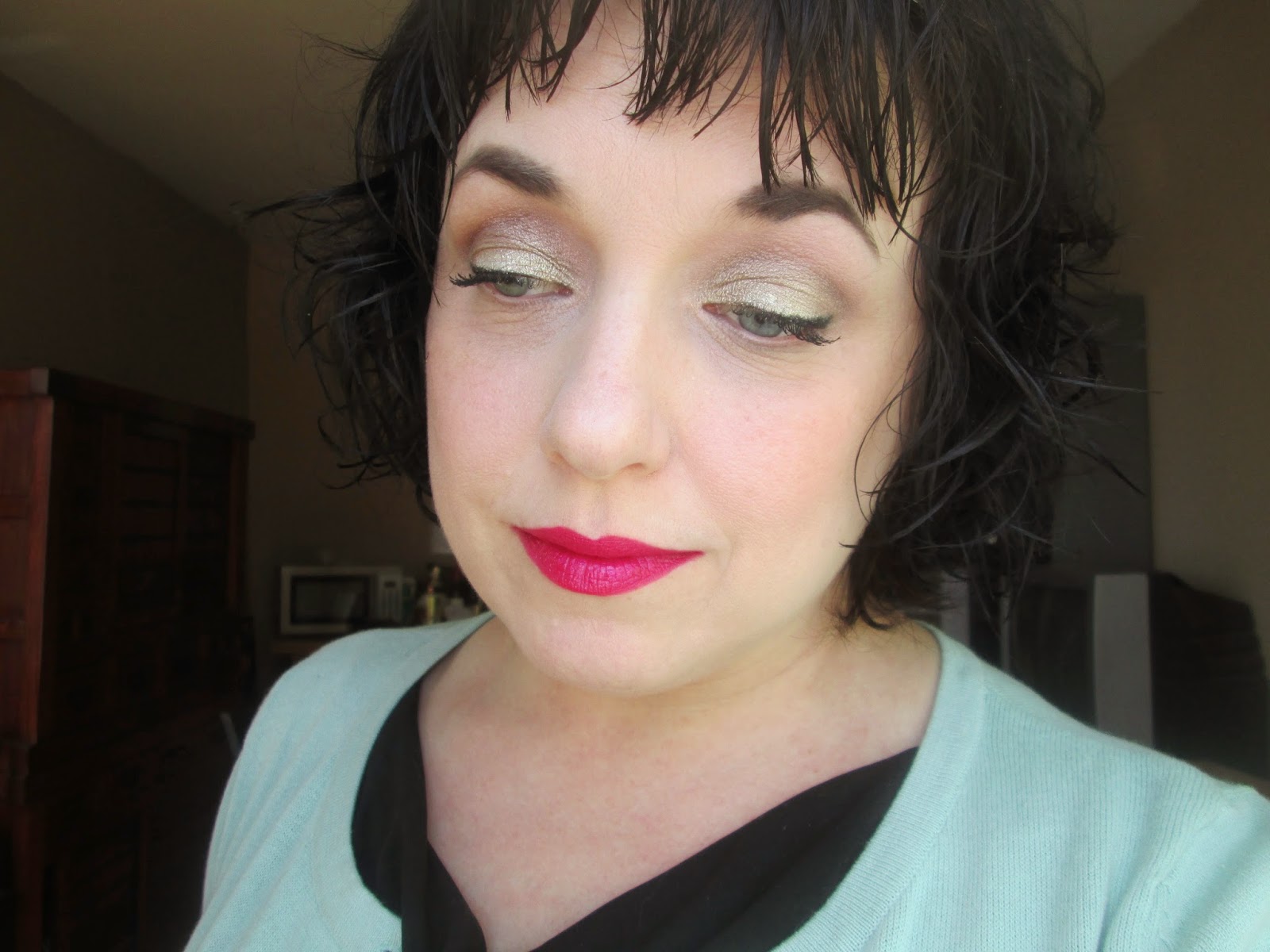 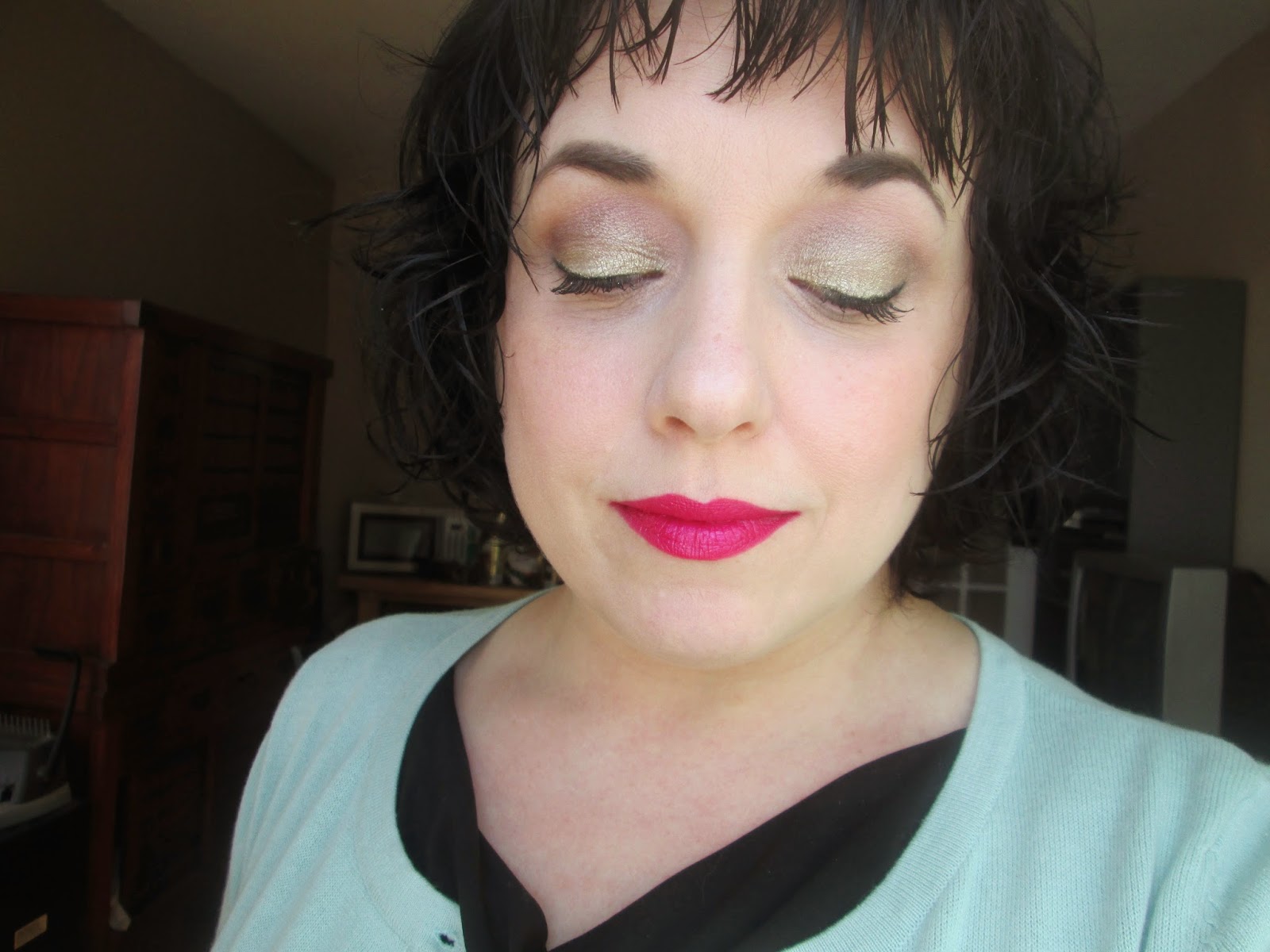 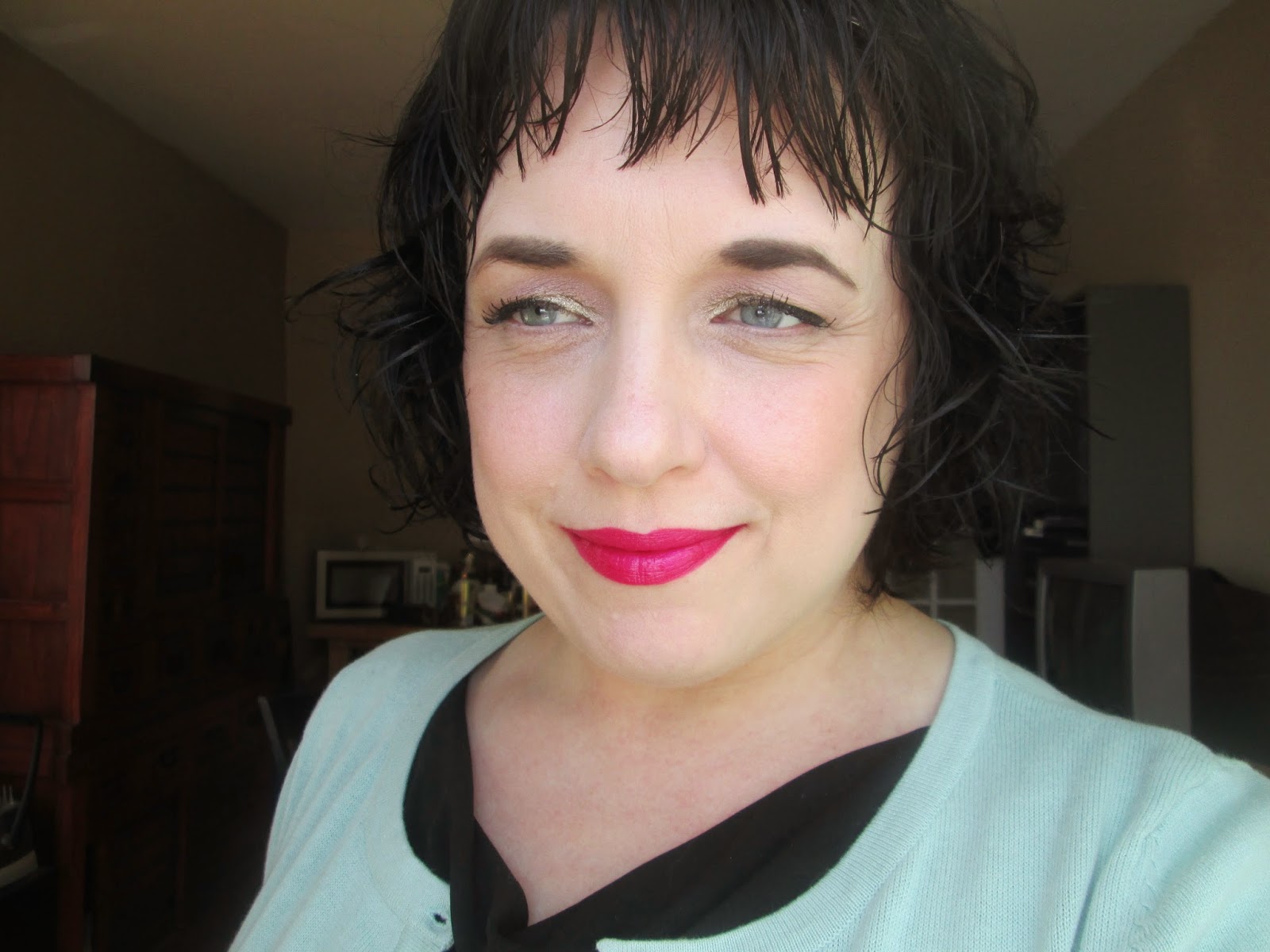 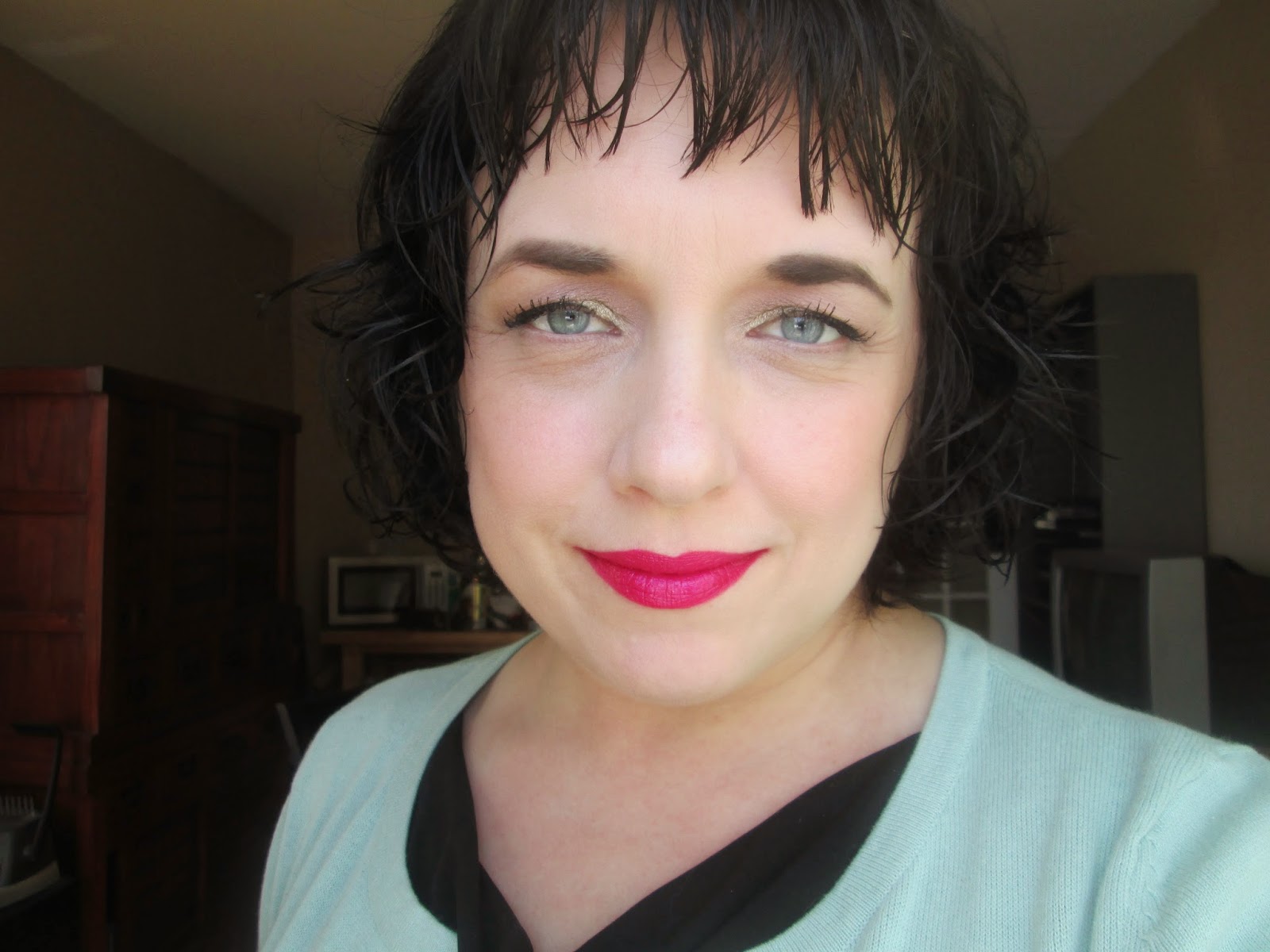 the bottom line? if you think that this looks like your think, then it is. you may have shades similar to the rouge ecstasy lipstick, but i'd honestly recommend them for the formula alone, plus their ability to adapt to individual colouring makes them very easy to wear. the rouge d'armani is more unique, but also a little more finicky to work with. all of the shades are beautiful to behold and will scare away the spring rain clouds in a hurry.

p.s. :: the image above shows decor from an indian wedding. sign me up!