January 25, 2015
a few years back, i did a post about the misogyningoistic horror that is the costume portion of the miss universe competition. although it was one of the more popular posts on the blog, i haven't returned to the subject since then, mostly because i haven't made much of an effort to see if the pageant is still happening, but also because i assumed that the national costume portion had been canceled after all the birds were exterminated.

this weekend, i found out that things continue to go strong and that, if anything, they've gotten weirder. the point of this contest seems to be to let the judges get to know something about your country and to let them see how it could be turned into a spiffing outfit. but eventually, people got tired of wearing lederhosen, cowgirl outfits or a bottle of single malt, so they got imaginative. and when they got imaginative, things got weird. i'm not sure what any of these ladies or their costumers thought they were communicating about their national identity, but in most cases the message that i'm getting is "never come here, it is is horrible".

if you want to see wittier and more comprehensive coverage, you should check out tom and lorenzo, who have something to say about everyone. for my part, i just thought we could play a little game called "what are you getting at?"

well, for one thing, there does once again seem to be an overwhelming global message of "fuck birds". i can only assume that many countries have grown sick of cleaning guano from their public spaces and have decided that they will send their beauty emissaries forth clad in all the goddamned birds. to whit:


miss costa rica apparently decided to make a statement in favour of letting the occasional bird live by letting her four year old brother do a little artist's rendition instead...

other beauties adopted the theme of "products you didn't know we made".

then of course, there are those countries who us the opportunity to tell the world something it never knew about them...


of course some ladies just had to arse everything up and go boring and traditional...

of course, the way their men fight, i guess they need to be:

and now a special award for the ladies who obviously had no help at all from their parents...

my major wish was that my own country would avoid embarrassing us all by tarting up some white chick from a mississauga in "traditional native dress" once again. of course, it did not occur to me that they would find a new and shocking way to humiliate us... 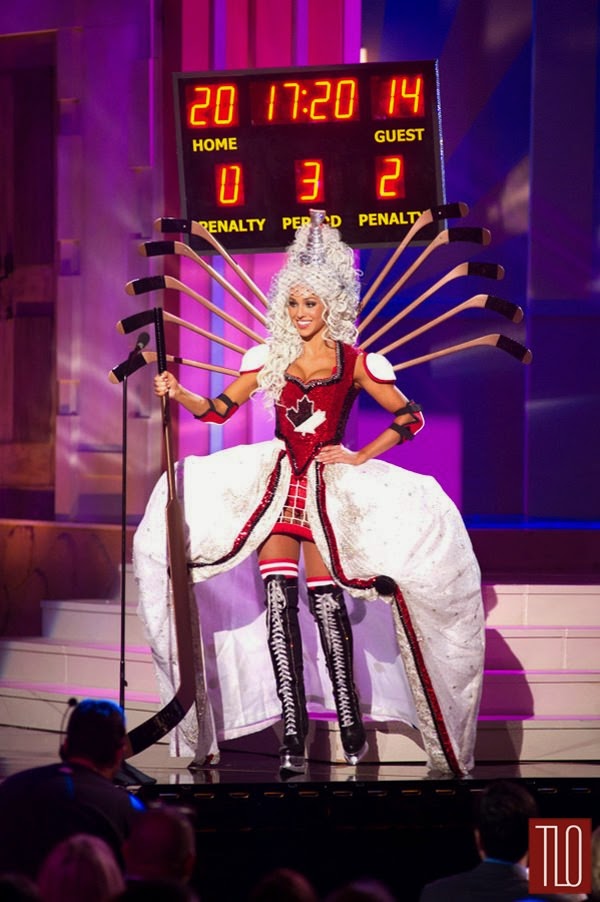 and kate was never allowed to mock another nation for as long as she lived. the end.