this is only the beginning...

February 08, 2014
it's been a while since i've shared a piece of writing, probably because it's been a while since i've really worked on a piece of writing. i'm aiming to correct that problem and in the interests of moving forward, i thought i might share the beginning of a piece i've started working on. it's actually inspired by a series of dreams, but it takes the form of a crime story, something i've never attempted before. and to keep it fairly compelling, i find that i've adjusted my style to be a little more accessible than it has been at other times.

feel free to give me feedback on this, the opening section of my latest project. more to come? i don't know if i'll be posting this one on the blog or not. regardless, it's something that i want to see through to its conclusion, which i already know. i just have to work my way through.

warning :: even in this brief segment, there is some adult language and content.

YOU HAVE BEEN WARNED... 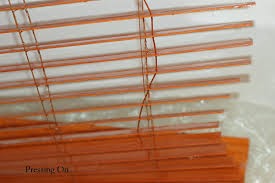 “Some woman calling herself Natalya dropped off a DVD that she says someone left in her mailbox, showing a guy she claims is her husband or soul partner getting murdered.”

Noah Pastor gives a crusty sort of sigh, bits of bodily detritus rattling around in his lungs and throat, until the sound turns into a chuckle. Really, he’d just wanted Mitchum to have to say “soul partner” again, so he could hear the sound of him choking back vitriol, struggling to keep his lips from forming the word “cunt” or something similar. He wasn’t adjusting to office work well now that he was back from his leave. On the street, Mitchum would have been able to look forward to passing her off to the desk jockeys who dealt with the marauding weirdoes who had something to say to the police. Now his old buddies were passing them off to him and probably laughing about it when he wasn’t looking. Or when he was, because they were hardened, brutal bastards who showed that they loved you by cracking jokes about your mother’s tits at her funeral.

“Is it legit?” Pastor croaks back, having had his fun.

“Hell should I know?” Mitchum fumes. Looks like a guy getting his throat slit and his balls cut off to me.”

“What?” He knows that throwing that last part in nonchalantly was Mitchum’s way of getting back at him, but Pastor is still caught off guard. “Balls cut off?”

“Yeah. I gave the DVD to forensics, because believe me, I did not want to watch it again.”

“You don’t say.” Noah forces himself into a sitting position, aware that the grim light of a grey morning is leaking like so much nuclear waste from under the edge of the grimy plastic blind. He has got to get a new apartment. “So, as much as I love hearing a story like this first thing in the morning, what does this have to do with me?”

“You’re the guy who gets to run the show.”

“Hell no, Nancy DeLuca is primary today, I worked late shift all week and this is the one day off I have. What’s her problem?”

“Her problem is that her day started a little early when they busted the crack house social over on 3rd and Delson. She’s been elbow-deep pulling the shit they dumped in the toilets there out one baggy at a time since 5a.m.”

Carl Mitchum, strong, tough, not in the queue to be splitting the atom any time soon. Noah smiled to himself.

“So I take it that even though I’m off today and even though I’m supposed to be off and according to the terms of the union contract I took a brick in the head to get two years ago, I’m prohibited from working another shift until I have at least 40 continuous hours off, some genius fucked up and I am listed as Nancy’s backup.”

“Hey, if you wanna take this up with your union rep, Sunshine, go right ahead. All I’m telling you is that I got a lady with a full-on case of the batshits who says her boyfriend got murdered and the shift detective is gonna spend the day talking to a bunch’ve spaced out bongos who probably use their hands as utensils and toilet paper on a good day and your name is given as the backup. So as the on-duty, it’s my job to call you and tell you, ‘Congratulations, Detective Noah Pastor, you’ve won the fucking lottery. Not get your bony ass off the sofa and into work.’”

“Stop fantasizing about my ass, Carl, I’ll be there in twenty.”

Noah hears the line go quiet and laughs thinking of Mitchum steaming over the fact that he had to wear a headset, which robbed him of the ability to slam the phone down, as he so obviously wanted to do.

It immediately occurs to him that he should have said thirty minutes rather than twenty, because he is in desperate need of a shower. He smells like gin and longing and a single whiff is enough to bring back memories of the sexy doe-eyed thing he’d been chatting up the night before, as he’d been out celebrating having a day off by trying to use it to get lucky. He’d seen her at Posto, where he’d been having dinner with his sister, Miriam, who had wanted to make sure he wasn’t dead or anything. There had been a whole group of them, sexy young things with plump skin and perfect curves and Miriam had known one of them from the magazine and then they’d been absorbed into the Cult of Youth and everyone had been drinking and he’s reasonably certain that he’d been grabbing at things he’d no business grabbing at, but was trying to pass it off as cute, because he was old and harmless as opposed to old and creepy and then he’d gotten invited along to a club with them all, which he took as a sign that maybe he had a shot, but which he soon realized was because he was willing to shell out for a lot of drinks in the hopes of landing Miss Bambi and when he’d figured out that he had no shot, he’d dealt with the realization by having a lot of shots, hoping that Bambi would take pity on him and figure that it wouldn’t be so bad to give a guy his age a shot.

He remembers her laughing a lot, with one of those high-wattage smiles that makes you feel like you’ve had a good day, no matter what’s happened to you. Unfortunately, as he thinks of her laughter, it occurs to him that an increasing amount of it was directed at him as the night wore on. Perhaps she was used to guys like him taking her friends out in the hopes of being able to wake up with the scent of her skin still on him. Or perhaps she’d never met a guy over thirty who wasn’t dead. He had no idea at what had happened to his sister, which just went to prove her point that he was a horrible brother.

Others would be able to sniff the last night’s misery out. But he hadn’t left himself enough time for a shower.