mental health mondays [revisited] :: what we aren't talking about is killing us 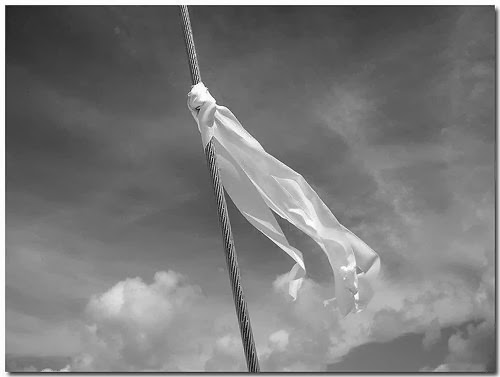 i was going to do an olympic-themed post on sport psychologists, which apparently almost every single olympian must have, or else their brains will be crushed by the pressure to perform at the games. i actually heard about this when i saw a piece on one canadian athlete at the current winter games, a medal winner who, a colleague said with evident shock had actually never had his own sports psychologist. this was considered shocking in the world of sport, although the only thing shocking to me is that we consider it good to send young men and women into a forum where it's pretty much assumed that they're going to need psychological help. i think we all need to calm down a little.

unfortunately, as interesting as the subject is, i didn't do the requisite background research i thought that it needed. i meant to do it last week. i meant to do it this week. i'm a bad, bad blogger. [what's worse, i don't even have particularly good reasons for not having done this. it's not like i've accomplished all that much in the meantime.]

so today, i was faced with a choice:

1. publish a mental health mondays post which basically consisted of me saying "these athletes are involved with something a side effect of which is psychological damage, so much so that it requires it's own specific type of psychologist? wtf is with that???" in various ways for several paragraphs. or;

2. go back to the archives and find something that has a little more detail.

i choose to do the latter, because it always bugs me when i skimp on mhm [and also when i skip them, which i did last week]. also, when i first published this post in 2011, an observant friend pointed out that i omitted to mention another unsettling fact about suicide: male suicides far outnumber female ones.

IT'S HIDING AFTER THE BREAK

although it varies somewhat by location, men commit suicide at three to four times the rate of women. worse still, a study at lund university in sweden revealed also that within that country, men were also less likely than women to have sought help from a doctor in the weeks preceding their suicide. in the u.k., rates of male and female suicide were roughly the same in the mid-seventies, but since that time, the number of male suicides has grown, whereas the number of female suicides has remained more or less the same.

this article in the bc medical journal gives statistics for canada, which are in keeping with those found in sweden and the u.k. [although in canada, the gender gap in suicides is more long-standing.] their research [or the research they reference] shows that there is an especially disturbing rise in suicide when it comes to men in their 40s and 50s, normally ages associated with the peak of life rather than its nadir.

the gender gap in suicide rates is particularly startling since [in canada, as of 2009] women are more likely to attempt suicide and more likely to be hospitalized as a result of such an attempt. [note :: that doesn't take into account the possibility that men simply aren't reporting suicide attempts, which would be in keeping with the idea that they do not discuss their thoughts or plans with others.]

and since i mentioned the story of an "epidemic" of suicides on a northern ontario aboriginal reserve in the original post, i thought it only right to pass on some information that places such suicides in context:

first nations people [excluding the inuit] are twice as likely as other canadians to commit suicide.

the suicide rate among inuit people is seven times that of other canadians.

the ratio of suicides among first nations people to others is higher in canada than in other former british colonies like the united states and australia.

hm... ok, i was just supposed to be reposting an old "mental health mondays" and the introductory paragraph sort of got away from me. without any further further ado, here is the original piece from september 2011. 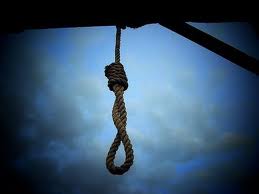 over one million people worldwide commit suicide each year. suicide rates have increased by about 60% in the last fifty years. in the united states, deaths by suicide outnumber those by homicide by approximately 2 to 1 and in canada, by 6 to 1. worldwide, suicide ranks within the top ten causes of death and yet the information available on it has to be sought out. why is that?

i was reminded of this in the last week because i saw a story that dealt with suicide on the cbc. they were talking about an "epidemic" of suicides, particularly among teenagers and young adults on a reserve in northern ontario. it's a tragic situation, but what struck me as truly sad was that, in order to get any coverage on the media, suicides do have to be "epidemic", or "mass", or something out of the ordinary. the sad case of the individual who takes their own life out of desperation or fear is erased from public consciousness and, as a result, the need for resources to help prevent other suicides falls from the public view. what's worse is that it allows myths about suicide to be perpetuated, because so much of our understanding of the subject becomes hearsay.

the idea itself that talking about suicide will actually drive someone to commit it is, to my mind, something made up by people who wanted an excuse to avoid an uncomfortable conversation. there is no evidence to suggest that talking to people about suicide does anything to encourage them. in fact, it may allow them the chance to talk about their suicidal thoughts rather than acting on them. but with something as heavily stigmatised in religion and in culture as suicide, people are reluctant to bring up the subject.

there is also the old chestnut that people who threaten to kill themselves or who talk about killing themselves aren't going to do so. possibly 80% of those who later commit or attempt suicide give some indication, which would make talking about it in advance the most likely indicator of suicidal intentions. keep that in mind the next time you think someone is being melodramatic.

when suicide does get attention, it's often as an epidemic among young people. suicide does rank higher as a cause of death among young people, but that's largely because they're unlikely to die of other things such as heart attacks and cancer. statistically, in canada at least, the largest number of suicides are committed by people in their forties and fifties, which flies in the face of the idea that suicide is a phenomenon of youthful rashness [or elderly melancholy, for that matter]. those who are supposedly the most stable in their lives are actually at the highest risk. how come no one ever talks about them?

the rush to dismiss or ignore facts about suicide borders on the obsessive and points to a profound state of denial that there is a serious and growing problem. and as a result, the problem grows ever worse. the one thing that never seems to be discussed is that the best thing one can do is be vigilant about those close by and watch for signs that something may be wrong. we can theorise that those who commit suicide are selfish or weak, that they want attention, that they are beyond help or that they are damned, but what remains clear is that none of those ideas are making things any better. to borrow a slogan from a similarly stigmatised killer, silence equals death.

i was impressed by metanoia's page on suicide. lots of links for people in different situations.