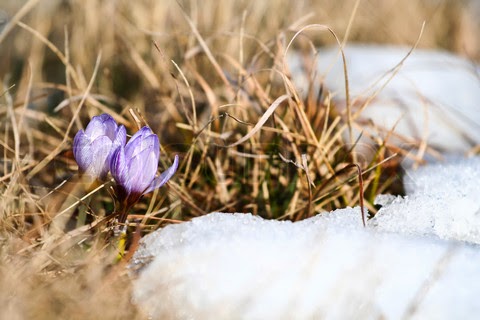 in honour of the day that recalcitrant rodents are supposed to predict the weather, i thought i'd try something a little hopeful, something indicative of my hope that we are not due for another six weeks of winter weather. i'll admit that this is improbable, given the fact that this is eastern canada and having winter until mid-march is something we should just expect, but you can't blame a girl for trying out her optimism...

although many people like to avoid them, i've always enjoyed a positive relationship with shades of pink around the eyes. in fact, pinks or anything with a lot of red pigment that can be worn around the eyes are a comparatively recent development. maybe people just need a chance to get used to them and in twenty years, when i've finally become the eccentric old lady that i'm meant to be, they'll be more accepted. there's no arguing that, done wrong, they can create the impression that you have some kind of unfortunate condition, but i usually get around this by making sure i have a nice barrier of black liner in between the pink and my eyeballs. [that sounds wrong, but i can't be bothered to fix it.]

i didn't want to go too dramatic, since this was actually something that i was wearing to a brunch with friends, but i thought that pinks and corals were nicely reminiscent of spring flowers. i used a combination of brands to get the final look, which is something i've been trying to do more lately. it's too tempting to just reach for a palette and run, when the fun of this sort of thing is generally in the colour math; this + this = something i haven't really tried too often.

in fact, the spirit of experimentation spurred me to pull out an older mac palette i'd almost forgotten i had. i don't reach for it that often largely because i used one shade far more than the others and now that shade, clearly my favourite, isn't really available. all the more reason to give more love to the others, really, but that's not how my brain operates. 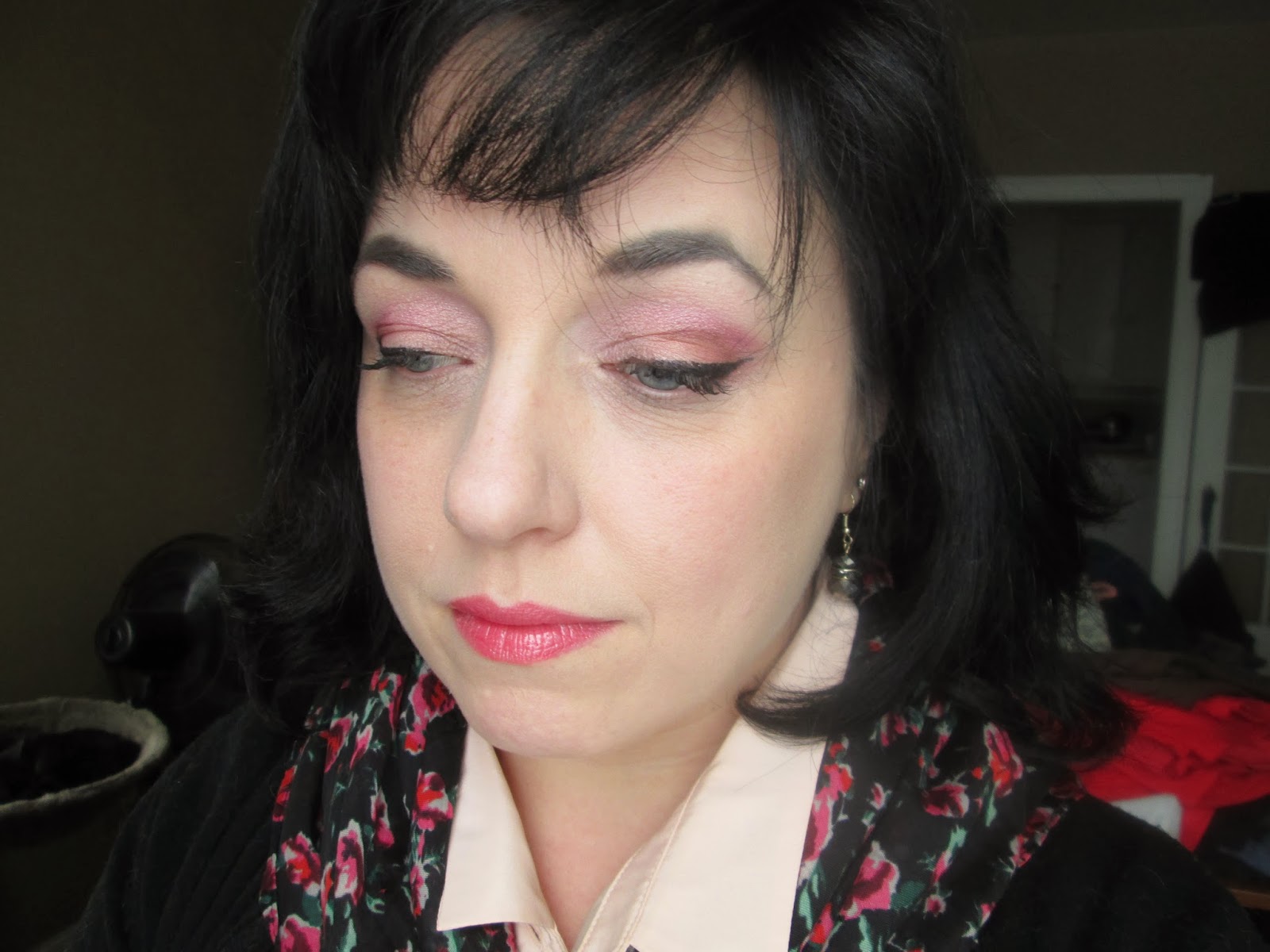 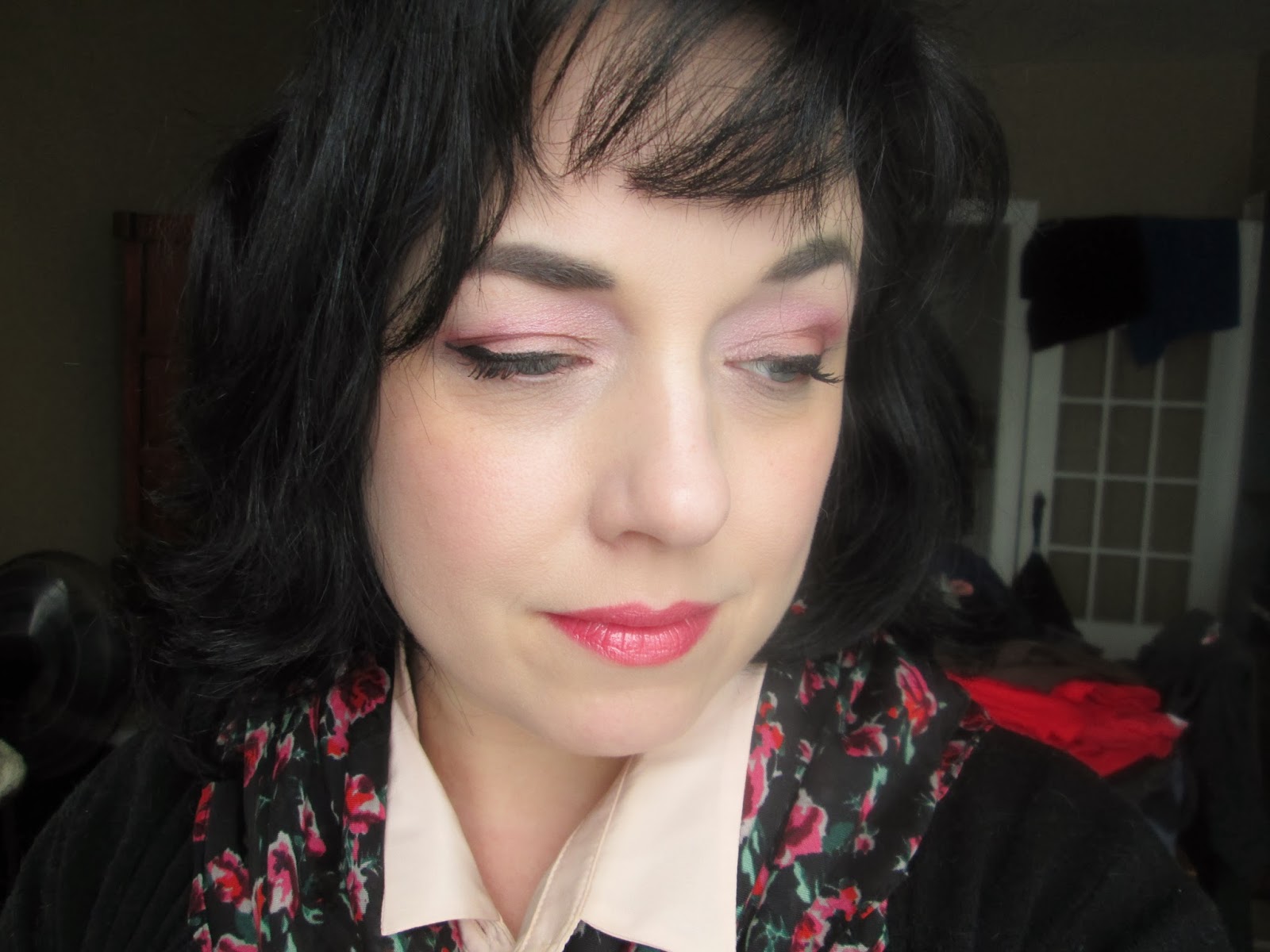 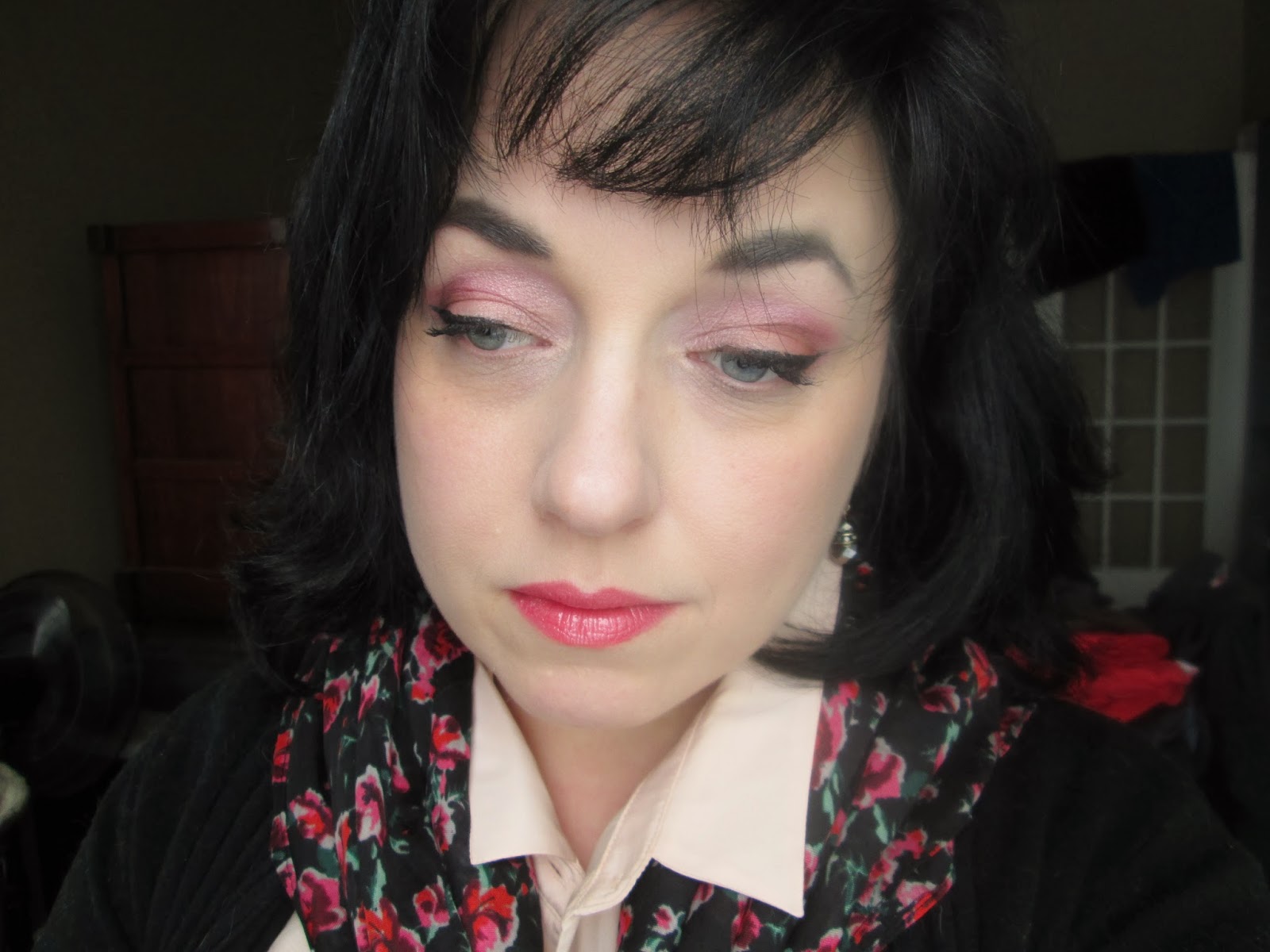 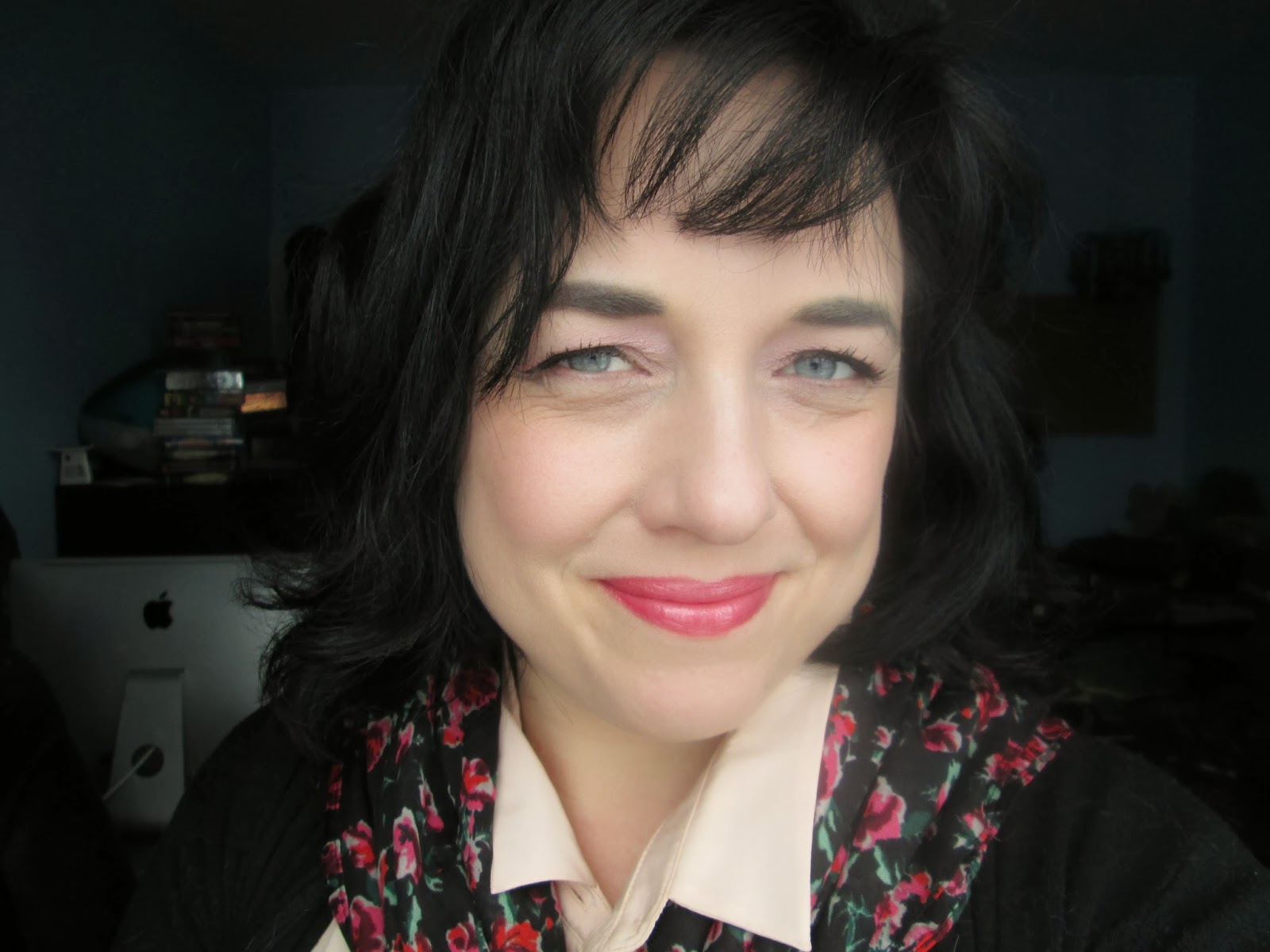 here's a list of what i used, in case you'd like to take a stab at doing something similar.

i think what's most evident from these photos is that i desperately need to trim my bangs. at least, that was what was obvious when i was taking them. i saved you the various outtakes where i look a little like cousin it in a floral print scarf. other than that, i'm pretty happy with how it turned out. colourful but soft enough not to be overwhelming.

i would like to take a moment to express my love for the blush i'm wearing, one of the newly reformulated dior powder blushes. although it looks a little like a ruddy bronzer in the pan, it is in fact a perfect plum, that looks quite natural, but still deposits a fair amount of colour. i used it more on the outer edges of my cheeks, since it also helps to sculpt and contour and blended it with "diffused light" on the inner part, to give that springlike impression of lightness and brightness.

to return for a minute to the subject of seasonal colour analysis, i'd characterise this as an example of a bright spring look, lots of tones of pink, but never crossing over into red. it's always sort of surprising to me that those colour analysed as bright spring have a more difficult time pulling off a bright red, despite the level of colour saturation they can handle. true reds are comparatively rare in the palette and pinks almost always work better. this is still one of the seasons i'd consider a possibility for me [bright winter and dark winter being the others].

whether or not my hopeful gesture actually makes for an earlier end to winter remains to be seen. although it was a beautiful day just below freezing today, temperatures are expected to drop almost immediately and rest around -10 celsius for the rest of the week. i don't actually mind that, but winds are supposed to drop the temperature five to ten degrees lower, which means it'll feel a lot worse than it is. it seems like this has been going on for a lifetime and i'm at least thankful that i won't be required to leave the house too often in the coming days.

are you hoping for an early spring? or are you one of those souls who loves the feeling of a fresh chill on your skin, the colder the better? [if you are, i don't think i've ever met you, but i'm sure you exist.]