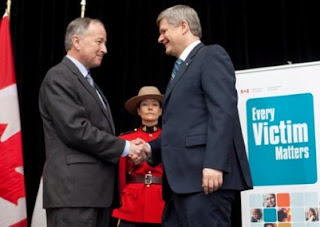 yes, i like to make fun of the country to the south and their government. i feel entitled. i've had to put up with years of crappy economy because our major trading partner thought it would be a great idea to start some new wars in the middle east. [although as someone who does an increasing amount of shopping on line, i do kind of like the whole collapse of the currency thing took our dollar from around $0.62usd to being on par for the last few years and the foreseeable future.] but despite the comedy gold that is routinely offered by politicians below the 49th parallel, i am occasionally reminded that my view of their shenanigans is afforded by the immense glass house that i inhabit and that i probably shouldn't go pelting rocks in their general direction.

tom flanagan was a senior advisor to our prime minister for many years. it's important to understand that, because a lot of times, reporters get a little over-zealous and start linking people to political campaigns when they really didn't do much except hand out some pamphlets or ask people to sign petitions. this isn't one of those cases. this is a guy who worked really closely with our current prime minister.

he also worked on the campaign of alberta's provincial wild rose party, a very romantic sounding name for a party that was established because the right-wing conservative party was a little to soft-edged for some. [for those of you who don't know, alberta is kind of like our texas, but also our nebraska and wyoming and oklahoma.] he had more recently made the transition to media commentator, which is kind of like being put out to stud for a back-room political operative. you get to just shoot your mouth with other partisan hacks and they give you money you probably don't need. [although, occasionally up here, they actually manage to choose some pretty incredible panelists. witness the triumvirate of dalton camp [conservative], eric kierans [liberal] and stephen lewis [new democrat] who for years discussed the state of canadian affairs on the cbc's excellent "morningside" radio show.]

tom flanagan is no stranger to controversy. he distinguished himself a couple of years back by saying that someone should do the world a favour and murder julian assange from wikileaks. ok, i'm being unfair. he said "assassinate", which sounds way more covert and cool. he said someone should assassinate julian assange. so apparently, the guy who advises our supposedly tough-on-crime prime minister is totally fine with citizens of other countries being given a hemlock soda if they do things that piss him off.

flanagan apparently feels that it sets a dangerous precedent to prosecute people for their "taste in pictures". i'd no idea until that moment that child pornography was a "taste". seems akin to calling a lynch mob a sports team.

flanagan also went on to insist that he never looks at child porn himself, although he somehow ended up on the NAMBLA mailing list for some time. really? dude, how long did it take you to figure out that you should probably get the hell off their mailing list? if someone played a practical joke on me by signing me up for their newsletter, i can tell you that i would be screaming blue murder the second the first one arrived to ensure that i never, ever got assaulted with their propaganda again. tom flanagan apparently thought he could just ride it out and also thought that this was a totally appropriate thing to share with others.

but it gets worse.

as it happens, flanagan wasn't having a stroke or on bad mushrooms. he was actually responding to a question about similar statements he'd made in 2009. that's right. he'd already held these views for several years and was attempting to defend them.

of course, there is now a real calgary stampede on the right to put some distance between the man and the politicians he helped elect, with those on the right trying to scamper away from the association although, one must note, none of them seemed terrifically upset about the comments from 2009. or the comments about how julian assange should be killed. it's only now that there's a video of him voicing this opinion that flanagan [who's said he "regrets" the statements] really seems to have crossed a line.

it's a rhetorical question.

i just wanted you all to know that my government is apparently advised by people who think that selective murdering is cool and that child pornography is a lifestyle choice.

Shadowy Lady said…
OMG I hadn't heard this yet! Maybe coz I've been (and still am) overseas. And can I add randomly that I think Harper looks awkward next to almost anyone.

Being in the Caribbean and spending time amongst the ppl as opposed to being in a resort has got me to appreciate the great country we have though. I'm a Liberal, but I take Harper and his selfish renaming of "Canadian government" to "Harper's Government" over how ppl live here.

morelikespace said…
You make a good point, in that we do have a lot of advantages here. All the more reason to safeguard what we have...
12:23 PM