if you're one of the people who follow me on twitter or instagram [thank you, by the way] or a friend from facebook [shouts out], you might have been wondering yesterday if i was going to make it. i was wondering that myself at the time.

you see, yesterday montreal got hit by a storm. normally, that doesn't faze us, but this was a pretty big storm. how big? the biggest storm ever to hit the city in december. so when i was going on about how i felt like i'd never seen anything like the snow we had yesterday, i wasn't wrong. the second biggest december storm actually happened before i was born. so, yes, yesterday's 45cm downfall was bad. what's worse is that, rather than just call up my place of employment and scream "i want to live!!!" into the phone, i made the trek across the city and into the suburbs. probably should have gone with option "a".

in point of fact, the commute to work took a little over two hours, so i arrived quite late and by mid-day, it became obvious that, unless we were planning on camping for the night, we should break for home forthwith.

my boss took me to a mall not far from the office- and even that much took some doing, because we couldn't make out where the ground started and where the sky ended. i'm still not entirely sure that we were taking the exit ramp, as opposed to just creating our own temporary ramp, but we did make it. and finding a bus was fairly easy for me, as almost all links between the city and the western suburbs stop there.

however, said bus got stranded on a lonely stretch of road when its tires got too wadded up with snow and ice. i don't hold this against the driver. all the bus drivers i saw yesterday were doing a pretty remarkable job. it's just that sometimes, you can't compete with mother nature.

so i'd like to thank those people who kept me laughing and, more importantly, kept me from panicking, during the hour or so i was stranded on my way home.

and folks, if the weather is bad enough that you don't know what it's like because you can't see out your windows... there are times when it's acceptable to work from home.

he says "she tried to kill me by suffocating me with her giant b00b$" like he has a problem with it or something.

meet the only guy who makes the nra sound rational.

you mean i was in the homeland of the kidnapping, child-beating santa claus character and no one told me?

replace heart with butt. non-surgically, that is.

but best of all on the internet this week was that newark mayor-cum-superhero for the downtrodden masses cory booker actually responded to one of my tweets. i was typically being asinine, fretting about the storm and how montreal would handle it when we didn't have a superhero mayor [we're lucky to have a city council at all, given recent events] to rescue us and he responded with a genuine sweetness that would trigger all my cynical nerves at once if he didn't have a history of rescuing people from burning buildings and inviting complete strangers to crash at his house while he was out working during hurricane sandy. somehow, in the midst of this, he's approachable and human enough to respond to comments from smart-ass people in other countries. my cup runneth over. [unfortunately, at the moment, it runneth over with snow. there are a bunch of ploughs playing "ice chicken" on my street as i type this.]

i have absolutely no plans for new year's eve. in fact, our usual plans involve calling more socially adept friends of ours and seeing if there's anything they can drag us along to. alternately, we end up sitting in front of the television with some wine, congratulating ourselves that we won't have to go looking for a taxi. [seriously, nye taxis in montreal are death matches. i heard that one girl got her arm slammed in the door repeatedly while trying to pull another woman from the car a couple of years ago. in other news, i was there first and i got the cab.*]

so for the one week of the year when you might actually depend on me to give you ideas what to do... dunno.

of course, if you're connected to the internet... shit be on sale. most notably, john fluevog has started his semi-annual sale and you can get fabulous footwear for less than you might imagine!

the new year also sees the launch of a new book of paintings by david tibet, based on a series of his own hallucinations and accompanied by a one-sided record of music by current 93. the book and record set [neither of which will be available separately] will launch on january 1st at www.davidtibet.com. but you might want to check in on facebook for further details.

and if you're in montreal... this wednesday is caustic lounge night! i don't care how cold it gets, we will be bringing the musical heat until you want to tear off your pants and jump in a snow bank. yeah, we're like that...

plus, you could check out the anniversary party of rude mekanicals, which has now been moved to january 4th. because apparently there was some kind of storm or something that forced them to reschedule...

*may not have happened. although there was a fight for a cab and i did win. that totally happened.

can't keep a good man down [no matter what i pile on top of him]. dom is back with a new video for wiggler!?! and the tiny humans, filled with sarcastic wit and punk grit... here is "these aren't the drones you're looking for"

i think i just promoted in the "goings on" section. and in the "good news" section, where i got all braggy about my twitter brush with newark superman. i just don't have all that much to promote, people...

i would like to thank all of you for [once again!] making this the busiest month EVAH on more like space! seriously, i'm overwhelmed that so many of you think to pass by here of all the places on the internet and i'm honoured by the attention you give this little space. i hope to earn your return visits.

and, sadly, there has been no further news of my mother's wallet. happily, there has also been no news of anyone trying to use my mother's credit cards or any other i.d., which means that it's probably trapped under the wet mat of a cab somewhere in this great city.

more like space definitely needs more of my little girl... 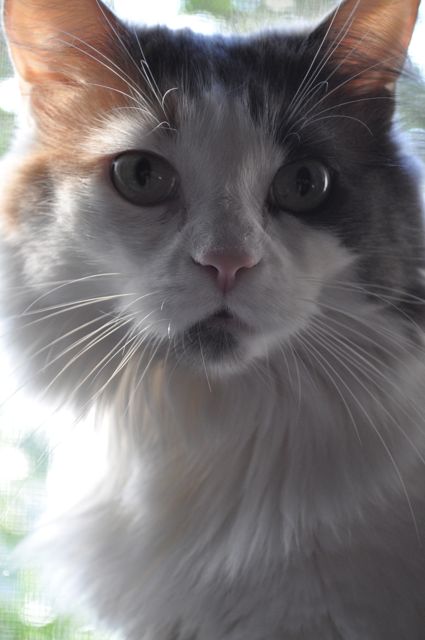 that's all for this week. thank you again for passing by and thank you for reading!

i'm afraid i don't have a source for that lovely image of the week... it came from the internet. actually, i think it's a shot of montreal yesterday...