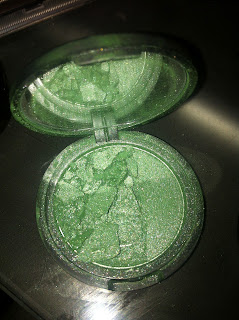 i have a love-hate relationship with courier companies. i love how they can sometimes bend time and get things to the opposite side of the globe for me so that they arrive a couple of hours before they were sent. i love how you fill out a form and then you can watch your package move around the world through their web tracking service. i especially love fed ex, because their air shipment reports are real time. so when i sign for a package and the driver logs the signature, i usually have an email telling me that my package was delivered by the time i get back to my desk. i'm aware of how nerdy it is to get a kick out of that and i'm ok with it.

but i hate courier companies when something goes wrong. because when something goes wrong, you realise that courier companies are like autistic patients with a very specific set of skills. they can do their work with a skill and efficiency few could muster, but put one bump in the road [possibly literally] and it's like you threw them in the middle of the australian desert and told them they had ten minutes to find the beach. all of a sudden nothing works at all and all they can do is tell you how it's supposed to be working. thinking through a problem to find a solution is just not going to happen, because that's not part of the process.

i'm not going to get into the details of the issues i had getting my last zuneta package delivered from dhl, because the fact is that i've had the same issues with ups [frequently] and fed ex [very occasionally] and the only thing that made this worse was that the customer service was exceptionally poor and rude. i tried complaining, but to no avail. and when my package was finally delivered, the lovely le metier de beaute eye shadow in "jade" that i'd ordered was smashed. personally, i think they did it on purpose to get back at me for trying to make them think too hard. but it's just a theory.

zuneta, of course, are awesome and offered to ship me a new shadow right away. unfortunately, "jade" had gone out of stock in the meantime, but they sent me a new colour of my choosing ["fire lily" in case you're interested.]

THERE IS A HAPPY ENDING...

i was able to save a little of the shattered "jade"- enough to give me a few uses, at least, and to let me decide whether i wanted to reorder it. to cut to the chase: hell yes i do.

given the popularity of green shadows, it always surprises me that the vast majority of them lean yellow. not that there's anything wrong with them, but true green is equal parts yellow and blue and surely there is a market for cooler, bluer greens? there is a surprising gap in most cosmetic companies' shadow offerings between rich greens with gold and colours that are more teal. are cool greens bad luck or something? [yes, they smash themselves in transit -ed.]

this is one of the reasons i was particularly eager to try "jade". it's not a teal, but it does lean towards the bluer side of green. it's like the colour of amazonian jungle foliage just after the rainy season. there is some gold in the colour, but there's a deep blue sheen to it as well. it's satiny rather than shimmery- there aren't flecks of any other colour in it- but it's as complex as such a smooth, consistent colour can be. and because cooler greens are so rare, it really does stand on its own.

yves st. laurent "slate green" is bluer- i was sure they'd be more similar than they are- and has a noticeable shimmer. mac's "antique green" pigment is darker, more yellow and much more shimmery. in a sea of greens, i couldn't come any closer to a match than these two.

i don't really feel like i can comment on the formula, because much of what i experienced is tainted by the fact that i'm working from a damaged product. i will say that i didn't have any trouble getting the colour to match what i saw in the pan and that it lasted with minimal fading and no creasing for eight hours or more. my experience with other lmdb shadows is that they are very smooth and richly pigmented as a rule. the colours are pretty much exactly what you see in the pan, although they can be sheered out for a softer effect. they blend well, although you'll want to go gently, because it's pretty easy to over-blend them and lose the effect of their dazzling colour. [however, if you do accidentally blend more than you wanted, you can layer the shade without any problem

it's funny, because the fact that my "jade" is both fragile and very limited has made me acutely aware of it's presence on my vanity and as a result, i've pulled it out a lot in recent weeks. i've already shown it combined with some of the shadows in tarina tarantino's "emerald pretty" palette. but here's a look where i decided to make it the "star". as a medium shade, it works well as a transition from lighter to darker shades, but it's so lovely, i really like having it stand out on its own. just don't use it all the way from lash line to brow. that's too much of a good thing.