May 25, 2012
holy carp. ladies and gentlemen, i would just like to say that making the transition from your schedule being whatever you feel like making it back to the workaday world is really, really tough. especially if you happen to spend the four days before you go back to work making sure that you don't ever go to sleep before the sun is up. i think that everyone should do that. after all, if their first impression of you is that you're a zombie and a bit of a drooling mouth breather, you can't help but look awesome later on, right?

actually, i have to say, so far so good. although i feel like my job is judging me and my unhealthy habits, because my new company is very healthy. and i don't mean that my coworkers are judging me, because they seem like a pretty non-judgmental lot. i mean the actual job has a sort of disapproving eye pointed at me. i'm being judged by something that isn't even a concrete thing. talk to me when you have physical form, asshole!

here are a few things that made the flurry of the last week a little more memorable.


in the midst of all the controversy and protests going on in montreal and throughout quebec, am i the only person who noticed that our provincial government website is call "assnat"? oh, and if you were trying to verify that last saturday, you couldn't.

just because your skinny jeans are trying to kill you doesn't mean i want to see your ass hanging out of the baggy ones.

if the expression "talent borrows, genius steals" is true, then jay leno and nbc are true geniuses. also complete dickheads.

this should really be about a half hour long, at least.


if you're in montreal... come wish a happy birthday to the ska boss! fred from rude mechanikals is celebrating his big day in style at bar l'absynthe tomorrow, saturday may 26th. would it surprise you to know that there will be live sets by slater et fils [formerly slater's sons] and les happycuriens [best. name. ever.]? i didn't think it would.

and of course, montreal's ever-expanding festival of music and technology, mutek, gets under way this week. it's a massive series of events and chances are that there will be at least a couple of things worth checking out. you can plan your time there through their web site, or with their phone app, which is really the most useful way to do anything these days.

if you're in toronto... come for a walk! urban exploration walk 5.0 will be examining some of toronto's urban art treasures cleverly hidden in the middle of downtown, where millions of people walk by them without noticing every day. this is an awesome initiative to get people to know their city. details here.


well, after last weekend, i have to say that i've been inclined mostly to listen to music that features no keyboards at all. but that's actually kind of difficult in my collection. i have been loving the album "the horror" by pop 1280 this week...


nothing. really, aside from the fact that i once again failed to post the radio show, there's really nothing to report.

well, if you want to consider it follow-up, there have been minor protest incidents in the form of groups of ten or fewer banging on pots and pans on my corner, which is funny mostly because they're so much quieter than the idiots who honk in emphatically almost every day [but especially on weekends] because they evidently believe that car horns can unblock traffic jams.


simon is normally a super-model, but we can't all look our best all the time... 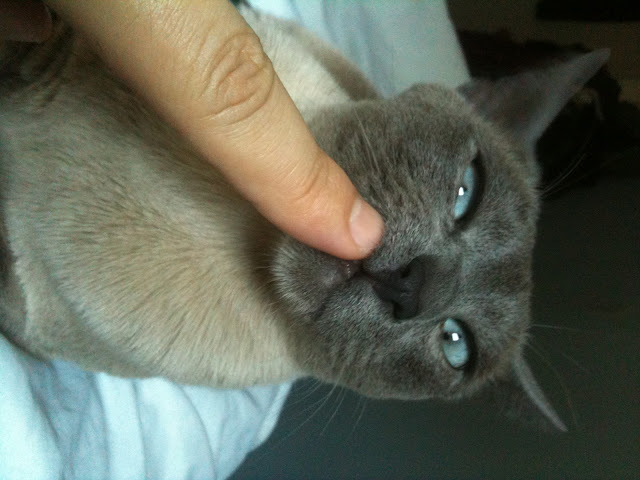 thanks very much for reading!