February 28, 2012
here's a few more photos from my adventures in art on saturday night. i could seriously do this several times a year.

first of all, no one told me about the whole "roast your own wiener as art" part of the festivities. actually, the way i've put that does make it sound like some rather extreme performance art, but really, it's just that there were roasting stations [fires in bins] at several points in the outdoor portion of the event. 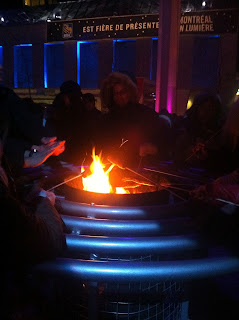 being the second largest french-speaking metropolis in the world does invite comparisons [usually not the most favourable] with paris. in this case, i believe that the message is "eat it, eurotrash, we are the city of way more light than you" 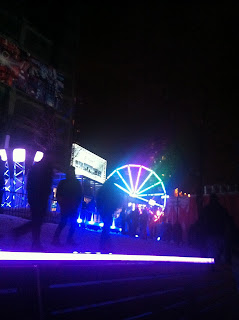 i was seriously concerned that when i looked at this picture, the unicorn i'd seen on the wall wouldn't actually be there. 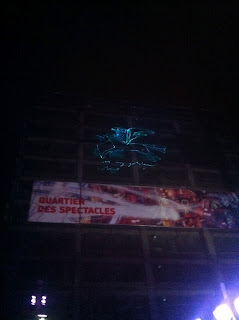 you know what's really not artistic? putting a gigantic light-up ice slide in the middle of your arts festival. you know who really doesn't care? EVERYBODY. because having a giant ice slide in the middle of a downtown arts festival is freaking awesome. [sadly, this was one of the parts of nuit blanche that was most plagued by lines. staring at it to take these pictures, it looked like it would have been the most fun you could have after losing three limbs to frostbite.] 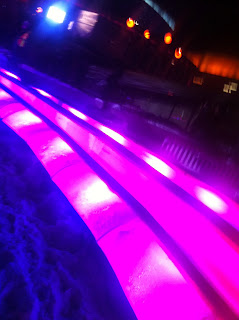 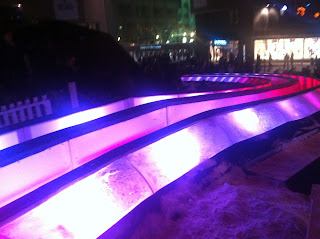 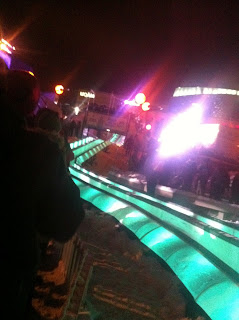 i sort of wish i'd captured more images of the video displays on this wall inside the place des arts complex. some of them were really interesting and the experience was quite different depending on your proximity to the wall. 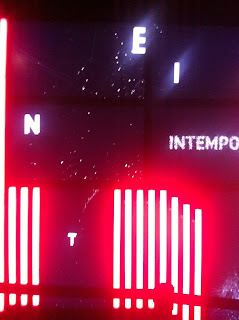 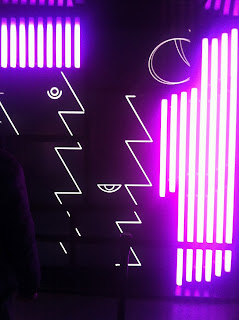 these next shots are all from the artv [canada's french-language arts channel] area [sort of their own little gallery]. most of the work on display looked at links between art and advertising. 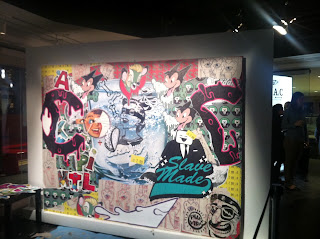 readers may remember that i am a big fan of owls. and this year for nuit blanche, owls were everywhere. it's like they were decorating the whole place with them just to make me happy [even in the midst of the otherwise non-owl-related artv gellary]. which, i realise, is ridiculous. or is it? 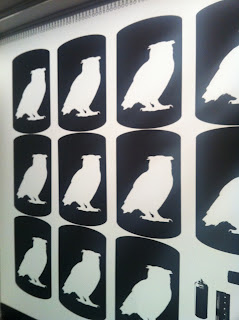 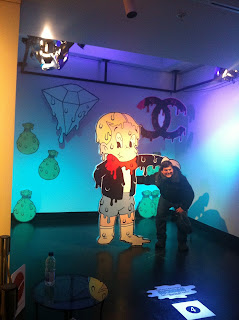 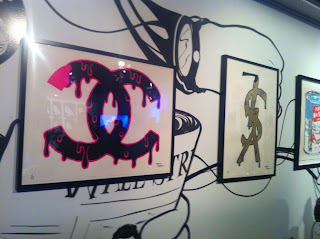 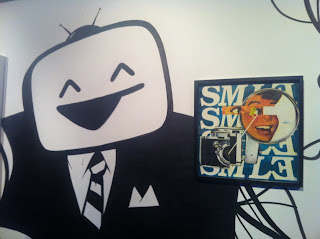 this was fun to watch. the guy was making sculptures from wax, in this case things that looked like food adorning a refurbished street vendors cart. it did take all my self-control not to walk up and eat  a piece of the art, though. 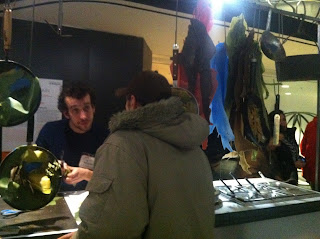 the best part of this piece was watching people's reactions as they took a closer look at it. 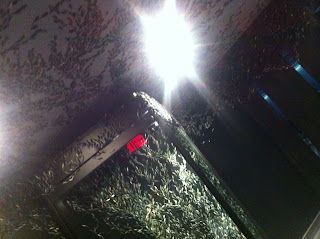 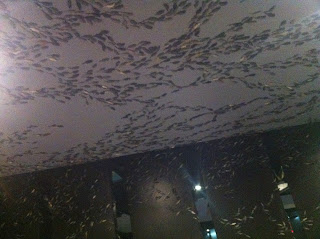 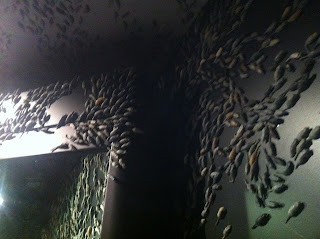 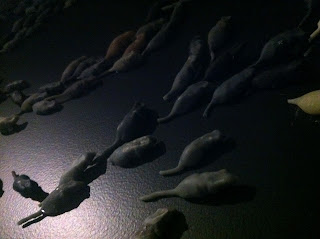 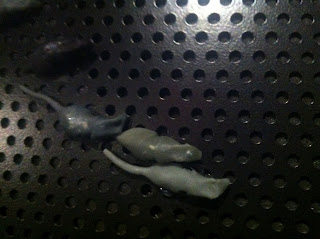