December 16, 2011
i know that this is supposed to be my little positivity puddle at the end of the week, but it will make me feel better in light of the last week if i just start off by saying this: on behalf of a great number of canadians, i'm sorry about stephen harper.

yes, canada is now taking a leadership role on the world stage by being the first country to walk away from its commitments under the kyoto accord and underlining the meaning of that gesture by ensuring that it has absolutely no meaningful alternate strategy. go ahead, mock us. it's almost funny if you don't have to live here. he has always and continues to cast a dark cloud over the country. now we know the cloud is probably poisonous.

but there are some bright spots, and that's the purpose of "friday favourites" after all. onward and upward, while i can still breathe the air.

tell lowe's to get screwed :: yes folks, it's time for a good ol' fashioned boycottin'. in case you hadn't heard, lowe's home improvement decided in their infinite corporate wisdom to pull their advertising from the "learning" channel's "all-american muslim", a program that shows american muslims behaving a lot like other americans who, as it turns out, behave a lot like canadians... we're all a bit less interesting than we might have believed. except that a group called the florida family association felt that the show wasn't doing enough to promote fear and hatred of muslims. [ the florida family association is possibly less of a group and more of a crusading loon named david caton wrapping himself in the language of fundatmentalist christianity- i think it's about time we stop pretending people like this are christians in any meaningful sense of the word.] lowe's yanked their advertising after receiving bulk emails from the f.f.a., thus tacitly endorsing the group's viewpoint. to be clear: the group's viewpoint that all muslims everywhere are actively plotting the overthrow of america and christianity.

sometimes, folks, you need to allow yourself to be overwhelmed with a sense of pride that, despite all your flaws [and by "your", i mean "my"], you are not a hate-mongering zealot and even though capitalism might have its problems, it does at least allow us all the ability to vote with our money.

of course, if you'd like to do something more, you could always contact lowe's directly. you can send an email [it's quick!] through their customer service sites at either

www.lowes.com or
www.lowes.ca if you're in canada

alternately, you could just go to company c.e.o. robert a. niblock directly. here's his contact info:

[information from consumerist.com, who advise that his assistant's name is tammy and that she's the one who answers that number]

of course, i could never condone anyone committing any kind of physical damage on lowe's property.


that would just be wrong.

[i'd also advise boycotting www.kayak.com, an online travel site that pulled their advertising, except i don't think anyone is using kayak.com to begin with. the florida family association claims that 75 advertisers have pulled out of the show as a result of their campaign. which would mean that "all-american muslim" originally had more advertisers than pretty much any show in recorded history.] 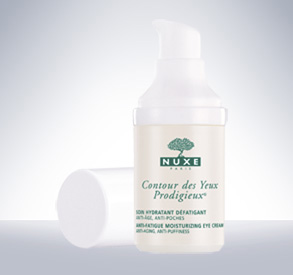 nuxe :: all this frustration and outrage takes a toll on one's epidermis and, while i don't know if i'll ever be able to commit to a monogamous relationship with a skin care brand, i have recently become enamoured with several products from nuxe.

i'm kind of a sucker for brands with a natural approach, possibly because i've usually found such products more gentle on my occasionally picky skin. their products are lightly scented, mostly like different bouquets of spring flowers on a dewy morning- gentle and never offputting. i've thus far tried their three roses cleansing milk, which is a decent makeup remover and gentle cleanser, their ultra-nourishing lip balm [which has lived up to its name and has been an absolute necessity for my poor parched lips in the last couple of weeks] and, most recently, their prodigieux eye cream.

two things you should know about me:

1. my eyes are a consistent problem area and have been since i was in my teens. i have the whole gamut- puffiness, dark circles and, from a surprisingly young age, fine lines in the corners. all of this is pretty much genetic, a combination of the worst genes from both sides of my family [thank you so f@$king much, genetics].

so now that i've shared that, i'll let you in on a little secret: i will be purchasing another container of nuxe prodigieux as soon as i start to run low, because it hydrates, smooths and basically does what it can with the tangled genetic vine that is my eye contour.

now i can just go back to being smug about having inherited the genes with the 20/20 vision.

you can check their store locator for dealers near you. pricing is generally higher thana mass-market drugstore prices, but lower than prestige brand prices.

doing the right thing :: many of you likely heard the story of gulnaz, the afghan woman, now 21, who was raped by her cousin's husband and then sentenced to 12 years in prison for adultery. this week, afghan president hamid karzai freed gulnaz unconditionally [quashing rumours that she was released with the caveat that she marry her attacker]. the young woman left prison with her daughter- yes, born of the rape- on wednesday.

cnn was eager to take the credit for this, claiming that their reportage had pressured the president into this step, but i suspect that, ultimately, there might have been something a little more personal at work. his wife, zeenat quaraishi karzai, is a former obstetrician and gynecologist who spent years working with afghan refugees in pakistan before she was married [at a comparatively late age by the standards of the society]. while i'm sure cnn brought international pressure to bear [they keep saying they did] the prospect of spending the rest of his presidency sleeping on the guest chair in his office seems like it could have been fairly persuasive as well.

monster factory :: obviously, there are enough bad monsters in the world, it seems only right that i wrap up this week with a reminder of the good ones.

i've been a fan of this toronto-based company for years and i am the proud owner of three of their monsters [including an original "mr. chow", with his old tie, before the material used to make it was discontinued by the supplier]. i hope to continue adding to that total. i love everything about these guys, from the quirky personalities given to each monster they make to the fact that their creations so closely figure the friendly monsters in my head [see my post about my insomnia, neville].

i'm particularly excited because, after a very long wait, the entirely "morely brothers" collection- both brothers and their mom- is once again available. trust me, any of the eccentrics in your life would be thrilled to have one of these guys as a xmas gift. or two, because they actually make super-fantastic throw cushions to put on a sofa.

and that's all for this week's edition of "friday favourites". here's this week's cute kitteh pic to send you off in a good mood. thanks very much for reading! 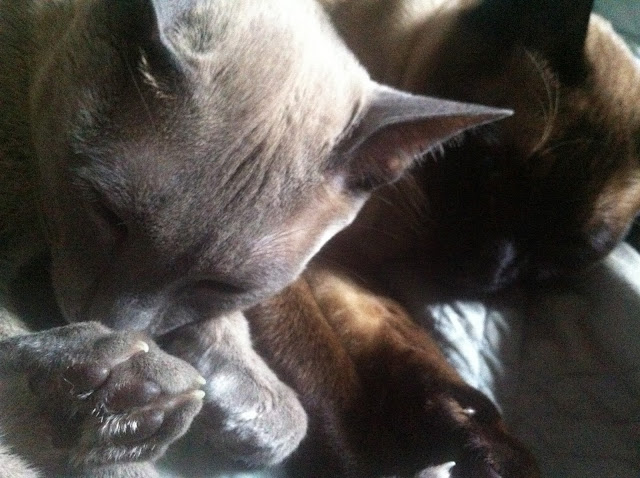