April 04, 2011
so you've gone to your doctor, you've seen a psychiatrist, you've received a diagnosis and you're attempting to find the best way to deal with it. chances are, if you've gone that far in the pursuit of answers about your condition, you've at least identified some problem you have in processing the events of daily life.

having a professional apply a label to what you've been feeling brings with it a certain sort of relief. after all, if it's a known disorder, it means that it's not your fault or your weakness. it's a real problem once it has official sanction. in fact, studies estimate that a full 46% of americans experience some type of mental disorder at some time in their lives, so it appears that abnormal is the new norm.

what no one likes to talk about is that doctors can get it wrong, just like the rest of the world. in fact, there's a long history of illnesses that were basically invented by doctors, but which came to achieve a certain reality, simply because they were treated seriously. and nowhere is this more evident than in the history of mental illness.

the term iatrogenesis refers to something "brought forth by a healer", in other words, something that happens because a medical professional makes it so. that can mean an illness caused by a prescribed medicine, a condition caused by a mistake in surgery or it can also refer to a disease that develops simply because a doctor says it's there. think of it as the power of a placebo in reverse.


around the turn of the last century, it became common to diagnose women as suffering from "hysteria", which was taken seriously as a medical condition, even though it was often simply a way of shutting women up when they reacted to their environment in a that seemed inappropriate or embarrassing to their family. (one of the most evocative portrayals of this is in "the yellow wallpaper" by charlotte perkins gillman, where a woman possibly suffering from postpartum depression is isolated in a room by her physician husband, a treatment which has the effect of worsening her psychological state.)

"hysteria" was simply a term for a number of mental affects that were not understood at the time and were therefore lumped under a single category for convenience. while we'd all like to think that medical knowledge has advanced to the point where these sorts of mistakes are a thing of the past, limited to historical analyses and gothic stories, the fact is that we are discovering more all the time about the functioning of the human body, while our understanding of the human mind lags even further.

even today, disorders like bipolarism, post-traumatic stress disorder and dissociative identity disorder (formerly known as multiple personality disorder) are theorised to be wholly or partially iatrogenic in many cases. much of the controversy stems from the fact that these disorders are being diagnosed in childhood, before the psyche is anywhere near fully formed. medications given in childhood to combat conditions like adhd, we are coming to understand, appear to cause changes to the brain chemistry that may worsen conditions like depression and anxiety over time. in fact, a lot of the problems with diagnosis of childhood mental disorders are what have caused the psychiatric field to fall into disrepute. i have my own feelings on diagnosing childhood mental disorders and what should be done about them, but i'll limit my advice to this: proceed with extreme caution and arm yourself with as much information as you can find.

of course, diagnostic problems can go a number of ways. if you want to feel a chill run down your spine, read the results of this study on bipolar patients to see how often, and in how many ways, doctors can get it wrong. [link goes to the results summary. there is a link to the full article, which is in spanish, on the results page.] clearly, figuring out who has which problems is extraordinarily difficult.

compounding this is the fact that, with disorders such as schizophrenia, there is no consensus on whether or not all its myriad variants even represent one disease or many. if physicians can't even agree on what they're diagnosing, what are the odds that the diagnosis will be accurate?

now that i have you suitable confused/ depressed, what can you do to make sure that you or your loved ones aren't medicated when they don't need to be, are treated when they do need to be and are actually given the right treatment for what they have? well, obviously, if people who study these things their whole lives get it wrong, there's no reason to think that a layman is going to do any better. so don't assume that you know better.

i'm personally loathe to direct people to online groups of patients who claim to have been victimised  by the psychiatric health care system, not because i don't believe it happens, but because i believe that a high-functioning nut (<-- term used with love) can be very persuasive and at the same time egregiously wrong (about themselves and the medical profession) and, from what i've seen, many of those sites are frequented by people who either do need medical help or who are seeking to blame others for problems. this isn't to say you shouldn't look at boards and discussion forums, but be aware of their comparative unreliability.

one site i've found that does seem to have things on the ball is the ahrq patient safety network, whose articles are generally well-researched and who offer realistic information on how patients of all sorts [link goes to mental health directory] can go about informing and protecting themselves. the site is u.s. in origin, but much of the information is universal. unlike online forums, it does not rely heavily on user-generated content.

if you or a loved one is diagnosed with a mental disorder, consider getting a second opinion. the worst that could happen is that the diagnosis will be different, which is a reason to insist on further evaluation in itself. a doctor shouldn't be insulted by you wanting to ask someone else. this is a major event in your life- it only makes sense that you want to be certain that you want the advice that you get to be as solid as it can be. (note- getting a second opinion does not mean delaying treatment. if you're in a position where your condition is causing you problems, starting treatment is not likely to make anything worse.)

lastly, keep yourself educated. there are more studies, more articles and more theories on mental disorders than most of us can imagine available to  you both on line and through periodicals. some of it is a tough read, but the more you learn, the more you'll tend to find that the most intimidating writing becomes a lot clearer. a good doctor should not object to you taking an interest in your own health (assuming that you try to be non-confrontational in your approach and not tell him/ her that they're a quack).

think of mental disorders as being a condition in flux, rather than fixed. in truth, that doesn't make them that different than a lot of conditions that change over time. your care, like your condition, should be revisited regularly and re-evaluated from time to time in order to make sure that you are still getting what you need. yes, there is room for error, but in many cases, our bodies and our brains allow us to recover from our mistakes. 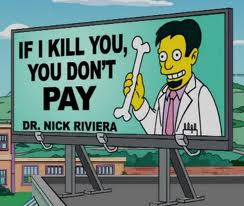