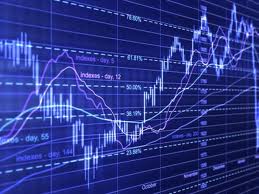 just because i write this blog doesn't mean that i always know what's going on with it. but thankfully, the nice folks at google have made it possible for me to learn more about the people (you) who read it and what interests them. here's a few things i've gleaned:

- the most popular post i've ever written is called "mixed nuts". it's just a bunch of on line tests i did dealing with mental disorders (while i was dealing with some demons of my own). there's rarely a week that passes that it doesn't get more hits and at this point, it's over a year old. i must find some new tests so that i can contemplate a sequel. eek! i've become as creatively bankrupt as hollywood! i seriously have no idea why this post should be so popular, but it has over three times the number of hits as my number two post.

- speaking of which, my number two post is a little thing called "bell's hell" and i think that it would give "mixed nuts a run for its money, but for the fact that my bell canada saga is spread out over several posts. i say this with confidence, because the search term that has sent the most people to more like space is "steve bickley bell canada" and there are several variations thereof that appear in the list of most popular search terms as well. i'm hoping it eventually leads people to the post where i put his email address and phone number. it gives me a delirious sort of pleasure to know that searching google for information on bell canada and mr. bickley get an eyeful of the agony they put me through and why i'll never go back to them.

- while the u.s. and canada are consistently duking it out for the most visits here, i was surprised to find that the netherlands was third. it's well back, but there are still nearly twice as many dutch visitors as visitors from the united kingdom, where i actually know more people. this is also a comparatively recent thing, since spain was long in third place (they're now fifth, although the individual site that refers the largest number of people here is still in spain... que pasa indeed). i'm also apparently big in latvia. that's just too cool. (good morning vilnius!!)

- as i mentioned in this week's friday favourites, the popularity of the blog has been increasing. february generated the most hits on the site for the entire time that stats have been tracked (since may 2010). of the top ten posts of all time on the site, five are from 2011, including #6 on the all-time list, "bonkers for benzos" which was only published on march 1. the top ten list includes posts about music, mental health, makeup, shoes and, of course, bell canada.

i've been at this for five and a half years. i haven't always been regularly active and i can't say that i've ever been as active as i am now, but it's always been something that's been fun. it keeps me writing. it alters my world view so that i increasingly observe everything around me as a potential future blog post. since that means i'm constantly translating experience into literary terms, that might not be such a bad thing. it's nice to know that there are a few who like to stop by and peruse these pages. starting "friday favourites" was a whim i had when i realised that there were always little things that might not warrant a blog post on their own, but that i still want to mention. (facebook has effectively killed the practice of posting single videos, images or links in a personal blog, although i kind of miss the simplicity myself.) given the reaction that posts on the subject have garnered, i'm also tempted to add another weekly "mental health mondays" to the mix.

thanks for stopping by, for sending comments either here or on facebook (where it reappears automatically through the magic of networked blogs). the stats may not have evolved to the point where i know you all as individuals, but i appreciate each individual who chooses to spend a few minutes here.