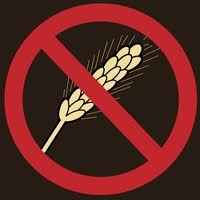 as some of you know, i've been having some apparently food-related troubles lately. for the last few weeks, i've been prey to gastrointestinal difficulties, which i ignored in the hopes they'd pass. (this is often my way of dealing with aches and pains of various sorts and is generally pretty successful.) more recently, i've noticed that i was having a particularly adverse reaction when i ate cereal. every time i had a bowl, i'd become unbearably tired and quite dizzy, to the point where i'd have to sleep, usually for a few hours. i'd generally wake up feeling queasy and with a dull headache.

in fact, i noticed the same thing was happening- although not as seriously- almost every time i ate. i felt particularly sluggish and needed way more sleep than was healthy, plus i consistently seemed to have pain in my neck and upper back. that last symptom isn't unique, but it has been markedly worse.

suspecting that the reaction to cereal was the clue (being comparatively dramatic), i did what anyone in my situation would do: i asked friends on facebook to diagnose me and i went on line to diagnose myself. these studies yielded three moderately likely culprits:

#1 is fairly easy to deal with. i just have to stop eating commercial cereals (which are about the only mass-produced thing i do eat). i've never been a fan of overly sweet cereals, especially first thing in the morning. they actually make me sick, as does anything with a high sugar content on an empty stomach. (this is true no matter how late i actually consume that first morsel. if it's sweet, i'm getting sick from it.) nonetheless, it's one of those nasty little secrets that even "healthy" cereals are loaded with added sugar. the idea that my beloved cereal, which has always been kind of a thing with me, could be causing my problems leaves me sad, but i have to admit that this wouldn't be the first time i've experienced these sorts of feelings after having a bowl. so first rule: no commercial cereals.

#2 is something that most people know not to mention in my presence. truth is, i wasn't really all that familiar with lactose intolerance until i moved to toronto in 2002. i knew it existed, but i swear that there's something about toronto that makes people lactose intolerant. everyone there seemed to need pills to eat a slice of cheese, if they could eat it at all and more people seemed to develop it all the time. however, it does make sense that human bodies would not necessarily be built to process products intended for baby cows, sheep and goats and no matter how much we consume, it doesn't change that. (ironically, a shop selling ice cream made from human breast milk, which we are built to eat, recently had to pull the offering due to public outcry. think about how weird that is for a moment.) telling someone who loves milk and cheese and ice cream as much as i do that i have a lactose intolerance is like giving me a death sentence. nonetheless, i have to at least entertain the possibility until i can (and i will) exclude it.

#3 is actually the one that seemed most likely, both to myself and to others. i know people who have an intolerance for gluten, although not full-on celiac's disease, which is much more complicated and usually appears in childhood. it seemed all the more likely the other night when i had my "cereal reaction" to eating a sandwich (no dairy included). reflecting on it, i've also had stomach problems in recent months when i drink beer, which would, again, point the finger squarely in the direction of wheat.

when i first heard of gluten allergies, it seemed bizarre to me. i mostly avoid meat and as a result, my diet is largely based around pasta and grains. being allergic to gluten seemed to me to be tantamount to being allergic to food. of course, that's not the case. in fact, it's not even that uncommon to have some level of intolerance to gluten at some point in one's life (there are much stranger allergies to have). so that's another thing i have to look at as a potential source of trouble.

and so, i've embarked on a gastronomic adventure to try to determine what exactly is wrong with me. or at least, what's wrong with my stomach. so at this point, processed sugars are out and i'm avoiding gluten wherever possible. if that doesn't work, i'm going to have to cut dairy as well, but i have my fingers crossed.

there are good points- spices of all kinds are allowed in gluten-restricted diets, so food doesn't have to be bland, plus i'm allowed foods made from corn and rice- and there are problem areas- i'm supposed to eliminate coffee (like that's gonna happen) and pasta is, as i mentioned, a staple of my diet. but i'm determined to try this out to see if it helps. from the first day, here's my menu:

and the results? well, after breakfast, i felt fantastic. seriously, i felt as good as i had in weeks. i wasn't lethargic, my stomach wasn't upset and i swear i even felt more optimistic than usual. best of all, the inclusion of cheese makes it unlikely that lactose is my problem. hurrah!

after supper, i felt ok, but a couple of hours later, my stomach did start to act up. it wasn't as bad as it has been, but it was noticeable enough. this unfortunately throws the possibility of a lactose problem back on the table, since there was yogurt involved, but it may lend even more credence to the idea that my problems are wheat-related. i made the assumption that bulgur was ok, when in fact further research tells me it's not. scratch off another staple. so today's plan is to stick to vegetables and protein and see if that makes things better.

interestingly, i woke up this morning with more energy than i've had in a month and my neck and upper back hurt less. we'll see if that means anything...