Most overlooked albums ever- #4 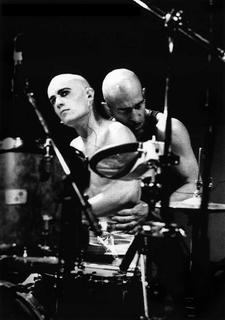 Long before Novy Svet made a hybrid of electronics and drunken Mediterranean romanticism, Von Magnet pointed the way with this gem. Normally lumped in with the early nineties European ebm (in its original sense) scene, the band’s horizons were considerably broader than those of the artists with whom they were compared.

In addition to recording albums, the band also wrote scores for performances by Spanish theatrical dance troops and soundtracks for independent films.

On the other hand, much of their music, and a track or two on Computador, did tend towards the more commercial, club-friendly sounds that were so popular at the time.

The different personalities of the band meet in near-perfect harmony on this album, running the gamut from electro to flamenco, combining elements that left the few people who noticed them scratching their heads. And that left people like me cheering for more.

This album should be the one that the more self-consciously eccentric neo-folk bands of today point to as the point of origin. Instead, you’d be lucky to find it in a bin of cast-offs at a flea market.