Most overlooked albums ever #2 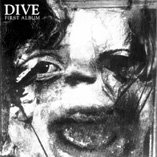 Living in Toronto, I’ve been somewhat impressed at how local DJs will occasionally go out on a limb and pack the dance floor by playing a track from the Ant-Zen label, or, even more daring, from Hands. Wow. Before Ant-Zen, who would have imagined this kind of a sound- danceable rhythms with layers of harsh noise and guttural vocals over the top? Dirk Ivens, that’s who.

Ivens was part of the seminal electronic band The Klinik (who might also have a place on a list like this, under different circumstances) until their demise in 1988. He had always been the vocalist for the band rather than the musical component, so it might have come as a surprise for many that Dirk was the one who embarked first on a solo career. It might also have come as a surprise what shape that solo career took.

Instead of approximating the clean electro sounds of The Klinik, Dive (Ivens’ name for his new project) produced what was probably the harshest rhythmic music available anywhere. Although industrial dance music had found its footing, no one had ever done anything as raw as Dive. And for years, no one would.

Now, of course, the world is replete with rhythm and noise artists, none of whom feel the least inclination to look into where their music came from. In the utmost irony, The Klinik (without Dirk) saw fit to release their turgid new sounds on Hands, a label whose entire existence would never have come to be without Dive’s remarkable first album.

I have yet to hear any of the new-age noise releases that approach the bludgeoning intensity of this album, because, quite simply, they all have the benefit of a blueprint. Ivens didn’t. He was doing something for which no boundaries had been established. As a result, this album, released over a decade ago, sounds fresher than music in the same blueprint released within the last five years.

NB- I’ve referenced the version of First Album from Minus Habens, however, the true original album was released on Dirk Ivens’ own Body Records in 1990. The 1992 release featured bonus material not available on the original.

Maximum Overlord said…
now that I think about it, one would say that Esplendor Geometrico might have had a strong hand in DIrk iVEns sound...
9:38 PM

O de FLANEURETTE said…
esplendor geometrico rule! and see how he lives happily ever after in big old china!
10:18 PM