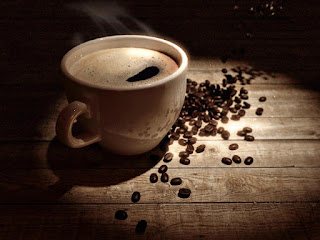 i was talking to a friend of mine about coffee, specifically about our mutual need for coffee, yesterday and, literally as i was in the middle of a thought, an idea occurred to me that i felt like i had to note. so there i am, scribbling a note to myself that was really just a word salad of related terms, which i later transformed into a weird but more comprehensible note that i could refer to later. [i don't want another beatriz coca situation on my hands.] i feel like this idea isn't a story on its own, but something that i could incorporate into a larger project, which is good, because i have a few of those.

now, of course, i need to sit down and do research on this, because it's become terribly important to me that the details of this weird little idea that i'm planning on incorporating into a larger thing be totally plausible, even though no one but me is ever going to care. i'm increasingly convinced that the goal of every writer is to find someone who will tell them "you got every detail of the luggage retrieval process at charles de gaulle airport just perfect". [that's not actually the idea that i had. and the arrival and luggage retrieval process at cdg can probably best be described as "no one gives a shit that you exist, let alone that you're here. you are on your own, pilgrim."]

i've no idea why these things should be of such importance to me, but i've sort of given up questioning it. if i get these moments of inspiration, it has to be for a reason, right? i mean, other than that i just have weird fixations, which should be obvious to anyone.

so what is this brilliant idea i had? well, for now that's going to be my secret. and if i ever do use it in something i post or publish, i'll probably forget to tell anyone that i once posted about this idea. sorry, this post is rather mean. the next post will be nicer, i swear.

coffee is involved and that's all i'm saying.