presidenting is hard :: these people are not your friends

September 16, 2017
hello mr. president! a while back, i promised that i would periodically be giving you some advice on how to do your job, since you seem a little unclear on how everything works. i didn't mean to go so long between missives, but the fact is that i've been busy and you're administration has been in overdrive giving me things to write about. what i've realised is that many of those things are ones i can't help you with: if you or anyone in your immediate circle worked with russians to compromise the 2016 election, that shit is done. robert mueller is going to find that out, because he's the kind of person who looks like the theme from dragnet just automatically starts playing every time he enters a room. so that's your problem. i'm just here to talk to you about what you can do now that you are, by law, the president. because, while chief detective mueller is doing his thing, we all need to live with your decisions. i'm even less happy about that than you are, believe me.

in the past week, though, i've observed something i've not seen since... well, i've really never seen it, but i never paid much attention to you: people who think like me are saying things about you that aren't entirely negative. i don't agree with them. you're still a sexist, racist, self-important fool who knows less about the world than most hamsters. but i will say that this week, you did something that i didn't expect: you sat down and talked to the senate and congressional minority leaders over chinese food.

and, from egg rolls to fortune cookies, things seem to have gone well. chuck schumer went all sally-field-at-the-oscars. nancy pelosi sent out a memo about how wonderfully it meant. of course, the memo made you look dishonest and weak, which i'm guessing was the point. i'm also guessing that you can't see through the pretty words and hopeful language to see how these two are really making a mockery of you in front of your supporters. but mocking you is exactly what they're doing. schumer and pelosi have been in politics a very long time, not just as democrats pushing a platform, but as power brokers in the backrooms, the most politic-y part of politics. in your business world, you like to think of yourself as a shark. maybe you like to think of yourself as a shark too. schumer and pelosi are seasoned fishermen who are more than capable of trapping even the greatest alpha predator. [have you seen jaws? the shark may be the most memorable part, but he ends up the loser. you don't want to be a loser, do you donald?] 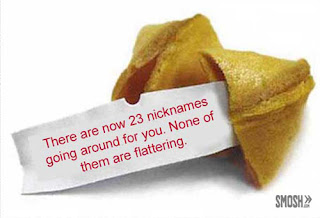 senator schumer and representative pelosi are not your friends. they are two canny individuals who know that making a deal with you that forwards their agenda makes them look smarter and more capable going into congressional elections in 2018. even if they say nothing about you for the next year [and the way you're going, they won't have to], they have two more years after that to take you down. they've clearly decided that they're willing to trade a temporary boost in your popularity for electoral victories [assuming they can cobble some sort of cogent platform together] in 2018.

that's a hard thing to hear, i know. it's like you're lovely dinner means nothing to them. it's as if they don't even like you.

you got yourself your current job excoriating the work that's been done [or promised] by the people who are now supposed to be working on your agenda. a small part of the problem is that they don't really want to implement any of the things you promised, except for killing the epa and planned parenthood. seriously, even banning brown people doesn't sit well with a lot of republicans, and they have been coasting for nearly forty years on making middle class white people afraid of dark-skinned poor people.

of course, i don't think you ever wanted to be friends with those guys anyway. i understand that reaction. more to the point, i think that chuck schumer, a new yorker like you, and nancy pelosi, from image-conscious california, are much more your style. by contrast, the republicans are uptight, dull and- you said it yourself- just plain mean. you're right about jeff sessions, too. he is an idiot and making him attorney general was a terrible mistake. it's not even close to being your biggest mistake, but it was a serious goof.

i'm not sure you're fully aware of just how low an opinion other leaders have of you, but it is very, very bad. and it's not just that they don't like you, but that they think you're rather pathetic. it's not a coincidence that chancellor angela merkel has been frostier than a milkshake in a snowstorm towards you, at the same time that she's leaned closer [figuratively and literally] to her two handsome french compatriots, justin trudeau and emmanuel macron. macron's barely concealed mockery of you has provided many hours of entertainment around the world, and even the french don't like macron very much. they just like him more than you. your bellicose boasting about how america must reassert their position as the strongest nation on earth is actually having the opposite effect; other countries think america has gone bonkers and are figuring out how to work around them.

even your international bestie, vladimir putin, is showing signs of buyer's remorse about you. he was not exactly flattering when talking about your decision to pull out of the paris climate accord, and even less impressed with your pissing contest with north korea. [putin is actually the one world leader who seems to have a solid grasp of what's happening in north korea, and he's quickly emerging as the voice of reason. for once, you should reach out to him and follow his advice.]

that leaves you with your family. it's possible that they care for you. i can't tell, because everything that comes out of their word-holes seems so insincere that most of us have just started tuning them out. the one thing that i can tell for certain is that i have never in my life seen a presidential family that seems to love each other less than yours does. there's a whiff of shakespearean drama [king lear in particular] about all of you and, since i doubt you've ever read shakespeare, those dramas don't end well for the anyone. [side note: i know that you and your supporters were freaking out about a performance of julius caesar. if you'd read or watched the damn play, you'd realise that caesar is the good guy, a ruler desperately trying to manage his fractious empire against a background of political intrigue. it's the people who kill him who are the villains.] [side note to the side note: did you know i performed in a musical version of julius caesar in high school that a group of us did as an english literature project? no, of course you didn't. i played calpurnia, who is caesar's melania, but older and without fake boobs. i also acted a few roles in a russian history class play about stalin. i played leon trotsky, who was assassinated on stalin's orders via an axe to the head, and stalin's second wife, nadezhda sergeevna alliluyeva, who shot herself in the head after an argument with her husband. my classmates seemed to really like killing me.]

all this brings me to my ultimate point, which you need to hear, but won't hear from anyone else: you have no friends. it's not totally because of your personality, although it doesn't help matters, but because you've willingly taken on a position that makes it very difficult to have friends. everyone you speak to wants something from you. everyone. there is not a single person who sees you primarily as a friend, or even a friendly acquaintance. as much as you've gone through your life secretly feeling like you're unlovable, and desperately trying to get anyone to meet to rid you of that fear, you have never been as alone as you are now. and by the way, it's only going to get worse from here.