thanks for the memories? 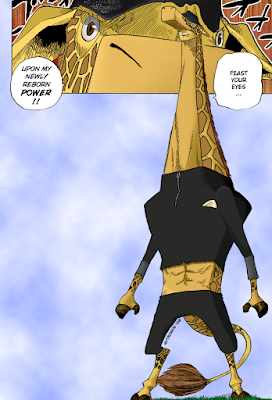 i've spent much of the new year angry at myself, because i had a dream on the 1st [i believe], a section of which i remember thinking would make a great short story. i kept reminding myself that i should write it down, in case i forgot it. then i'd forget to write it down for the rest of the day. then i forgot what it was.

the people to whom i've spoken about this have been quick to reassure me that, if the idea were really important and really good, i would have remembered it, and that's the advice i'd give to someone in my position as well. but that doesn't stop me from fretting, because all i can remember about it was that it seemed like it was a good idea.

however, the experience did remind me that there are a couple of things that have been running around in my head for years that i've never committed to writing. the reason for that is that, as vivid as they are in my mind, they aren't anything in particular; they're little snippets that, at best, connect with other little snippets in my mind. they're not part of any grand story. so, if i spend the time writing them down, i'm essentially taking writing time away from something i could finish fairly easily, except that i keep forgetting to make time to do that too.

so last night, i spent several hours writing out a scene that seemed like it would take me a lot less time and a lot fewer words than it did, and didn't work on anything that i had any hope of finishing.

and now i think i understand why i'm always reluctant to let myself do this kind of work. it's because i'm just so very me.

this was a single scene in what i imagined to be a larger story, except that i don't have much of an idea of what happens before and only a spotty knowledge of what happens after. but because it's the first thing i've written that involved these characters, i felt like i was getting to know them, and that they deserved to be a little more rounded, even though what i'm writing for them may never end up connected to anything else.

every time i start to think this way, i know what's coming: i will inevitably spend far too much time researching little details that will never, ever be important to the overall story, because they're barely related to the abbreviated scene i'm writing. because, even though i'm fine with details like the primary setting being vague, i have this tendency to become obsessive over weird little offhand things that get mentioned once.

this leads to a lot of my writing time suddenly being turned into research time, because, for instance, i couldn't possibly live with myself if my central character was drinking a fanta in barbados in 1962 [on the day that her fiancé was eaten by a shark], only to find out the soft drink wasn't available in barbados at that time. [note :: i'm not using that scenario. you can, if you want, but please give me a shoutout. and you'll have to research the fanta situation yourself.]

so, in addition to writing nine pages of story [and, as testimony to the exact mental affliction i'm describing, i was compelled to open the document to confirm the exact number of pages, because i couldn't have lived with either an incorrect number or a more general term], i ended up doing some research on the following:


so now, i have nine pages that aren't connected to anything else, and if i ever do connect them to anything else, that something else, it's going to take me years to research, because it will need to be sewn with the seeds of these weird little ideas, because if it isn't, the scene i just wrote will seem like it was hammered into an ill-fitted frame.

i also have a bizarre assortment of facts rattling around in my head, stuff that will probably stick there forever, which is ironic, since the writing of this scene happened because i forgot an entire goddamned storyline. i know i should get over that, because it's gone, but the capriciousness of my memory is rather vexing. oh, and if you think it's frustrating to me as a writer, consider the plight of those close to me, because my memory is like that about everything, all the time.

i'm not sure if this constitutes a good or bad start to my creative year, but i'm willing to entertain the idea that it might be good, since finding the time to write anything is good. indulging these sort of detail-driven flights of fancy, however, might send me into a vortex from which i would never emerge.

now, if you'll excuse me, i've just remembered that there was another story idea that i forgot to write down, so i have to go and either make a note of it or think of some little background element that i can expand into a soliloquy on the culinary uses of radishes. [i haven't decided if i'm using that one yet, so hands' off!]

the image above is a character from the japanese manga/ anime one piece. the character's name is kaku, who has been turned into a kind of giraffe by eating a devil fruit, which is something that confers certain powers, including shape-shifting... he's not really related to what i was working on last night, although in a way he is. but not really. sort of.