armchair centre back :: the end is near 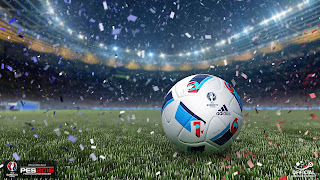 hard to believe it's been a month since the euro final tournament kicked off. tomorrow, we have the final showdown between france and portugal. [excuse me, i have to suppress bile every time i say that last bit.] so there's no doubt who i'll be supporting tomorrow. i do find it odd that, after a competition that has seen many, many shocks, the team that was the bookmakers' favourite to win the cup does look likely to do so. as far as dom's picks and mine? we need to sharpen our game a little... here's how we fared:

we said :: germany. we both said germany. i did, however, say that germany was vulnerable to their own complacency, and i would say that that was a factor in their final game against france. having beaten them with relative ease in the world cup two years ago, perhaps germany felt they could turn in a solid, but not brilliant performance. and that's what they did. unfortunately for them, france did turn in a brilliant performance.

dom said :: spain. and but for a really lopsided draw that placed almost all the big teams playing each other early on in the knockout rounds, it wasn't a bad guess. still, spain got dropped by italy in the round of 16 and went home early.

dark horse [team who would do better than expected] :: not an exact science, but the obvious candidates would be wales and iceland

i said :: i'd like to quote myself exactly here: "i desperately want to say wales. so desperately. but as a sleeper candidate, i'd say poland." the moral of this story? go with your heart.

underperformer :: spain didn't advance as far as people thought they would, and belgium, as the world's most expensive team, were certainly humbled by wales, but truly, there was only one team who went home with their three lion tails between their legs. oh britannia...

we said :: portugal. sigh. we were wrong. to be fair, portugal just barely managed to stick it out in a path that saw them face no team ranked in the top 25 in the world. their only convincing win was against wales [damn them to hell]. i also said that i thought belgium could be a disappointment, and while they showed some moments of brilliance, they were wildly inconsistent. so maybe i get a half-point for that.

there was a plethora of beauties to pick from, but here are some of the loveliest we've lost...

jason denayer [new on my radar, but i hope that manchester city brings him back from loan, so that i can see his pretty face in premier league games]

mats hummels [the most popular search term leading to the blog this week has been "mats hummels nude". we all want that... this is the best i can do in the meantime.

graziano pellè [there have been rumours that his time in the premier league is coming to an end. heaven forbid!]

and here are a couple we'll get to see one last time tomorrow...

from portugal... cedric soares [actually a teammate of pellè's at southampton when he's not playing for his country. and yes, i do totally think he's preferable to that other portuguese guy.]

and from france... morgan schneiderlin [was also with southampton up until last year, when he was traded to manchester united and seemed just so thrilled to be there. now faced with the prospect of having to work under jose mourinho, he has to be feeling even lower. so here's hoping adorable morgan has a great day tomorrow and gets traded to a team he actually likes.]

allez les bleus! after the tough times france has had recently, you absolutely deserve it.