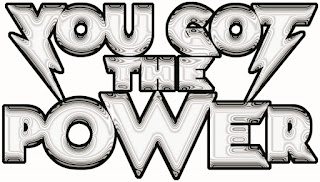 when you have mental or emotional troubles, it's easy to convince yourself that everything is out of your control. after all, the one thing over which we're supposed to have unquestionable mastery is our own mind. it just doesn't work out that way for a lot of us. indeed, going through the process of dealing with a mental disorder can mean a giving up a certain amount of control  and allowing oneself to be open to new ways of processing the outside world before reacting to it. or, it could mean that one needs some chemical assistance to feel in control. regardless, it's a bit of a scary process when we're told all our lives that the one thing we have is our free will and our ability to think our way to our own destiny. [side note :: a belief that increasingly looks like a load of crap in most ways.]

but there is one way in which you can take your mental destiny in hand and steer things in a positive direction for yourself: you can find your own therapist. now, in many cases, you can be limited by finances and time. if you're in acute need, you may not want to wait a few months for an opening with your prefered candidate. alternately, you access to certain doctors may be impeded by finances and/ or insurance. or, if you live in a more remote area, there just may not be many therapists close enough for you to consider them. but chances are that you will have at least some kind of choice and you should take advantage of that.

choice is particularly important when it comes to people who are outside of the mainstream. what does that mean? a lot of things. if you're queer or transgendered, it means that you want to find someone who can understand the challenges you face. if you're religious, it's important to find someone who can respect the role that plays in your belief system. if you've been diagnosed with a specific disorder, you will want someone who understands that. [opinions on whether or not certain conditions even exist are just as split within the psychiatric community as they are outside it.] a friend of mine posted this article a little while ago, which deals mostly with issues facing lgtbq and transexual people, but the points can be extrapolated for other groups.

but even if you're lucky enough to have been born into a dominant/ privileged group, there can be some problems. you can be white, cis, straight, middle class, and an adult male and still find it difficult to work with a therapist just because you're beliefs are a bit unorthodox. to use an instance close to my heart: if you are a woman who does not want to have children, you will make limited progress with a therapist who thinks that this must be indicative of a problem. likewise, if you're someone who is more comfortable working at lower paying but less demanding jobs, your therapist should not automatically be assuming that this means you have issues surrounding employment and wealth. these aren't core, life-changing things the way that being gay in a world organized around straight people is, but a therapist is someone you can't afford to have judging you based on their own biases. if it's going to help, you have to be comfortable being completely honest.

so with that in mind, i've put together my own little list, based on my own experiences and what i've heard from others, of things that all of us weirdos should be able to do in order to get the most out of therapy.

1. don't make snap judgments :: sometimes someone may obviously be inappropriate for you, but unless it's at the level where they say that they believe in gay conversion therapy [in which case, whether you're gay or not, run away; that person is crazier and more dangerous than you'll ever be], give it a few visits. people can have gruff manners, or a bad day, even when they're supposed to be helping others, so if you don't love them at first, give yourself a chance to see a bit more of them. remember that one of the reasons you may need therapy is because you perceptions are skewed without you realising it. so go to a few meetings at least and see if things improve.

2. if something sounds troubling, ask :: if your therapist makes a statement that sounds like it could be a real problem for you- something that conflicts with one of your deeply held beliefs, or even something that implies it, speak up immediately. you don't need to get defensive or angry, but just pause and ask them to explain what they've just said. if it really is something that you think is going to be a problem, e.g., if your therapist believes that healthy people automatically seek to be in monogamous, long-term relationships and you don't feel that way, you're within your rights to ask them how that belief is colouring their perspective. it could be that you are avoiding relationships because of your mental issues, or it could be that you'd be perfectly happy being single, celibate or polyamorous for the rest of your life. if your therapist holds a strong opinion one way, it could limit his or her ability to address your needs.

3. ask around :: all your friends are probably just as crazy as you, right? if you feel comfortable, ask them if they've met or know anyone who's met your therapist. but to get an even broader perspective, use a website like rate mds.  i've found that this site is more accurate than i would have imagined, with most reviews giving the same compliments and criticisms that i or my friends have experienced in person. one thing to note is that doctors who evaluate patients on behalf of insurance companies almost always have much lower ratings, since much of their work involves cutting people off from benefits by declaring them fit to work. so you might want to dig a little deeper into the comments for those people if you can.

4. think about how you react to people :: if you're an introvert like me, you may not automatically feel comfortable sharing stories about yourself with a complete stranger, even if you know that's their job. in order to get the most out of therapy, i've developed the habit of telling doctors that i will feel more comfortable if they talk more at first and ask me fairly specific questions. if that doesn't happen, my tendency, even as i try to fight it, will be to stop talking. however you feel most at ease getting involved in a conversation, have a sense of what that is before you go in for an appointment. a good therapist will be flexible enough to let you wade into the pool from the shallow end rather than forcing you off the diving board.

5. you shouldn't let them should you :: one thing that seems to be a common, but often ignored, red flag is when a therapist gets into the habit of telling you that you should do things. that's not helping you. that's telling you how they think you should behave. the goal of therapy is to make you cognizant of your own harmful thought patterns, not just to replace one faulty set of instructions with another. even when the advice seems well-intentioned, like telling you that you should drink less coffee, it's still telling someone rather than working out how that might be a problem. and often, it's indicative of bias, either against a particular thing [like drinking coffee] or a type of thinking.

everyone is going to have their individual make or break points with therapists, the same as any medical professional. the difference is that your gastroenterologist can still give you a colonoscopy, even if he insists on boring you with tales of his golf game while he does. a therapist who has very different beliefs in the world than you do may be a lot less capable of attending to your psychological needs.