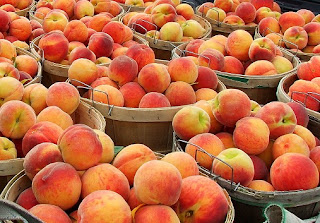 one of the ways that i like to tell myself i'm being creative, even when i don't have a lot of time, is that i'll just scribble down fleeting scenes that occur to me, to see where they go. sometimes, they just sit there like lumps of literary lard, waiting to be incorporated into something a little more sophisticated and tasty.

sometimes, of course, i end up with something that simply refuses to be incorporated. it just sits there sullenly, reminding me of its existence but not much else. occasionally, there are things that seem like they could turn into full meals on their own, but i can't figure out how long to cook them. for an example of what that means, see this post.

other things are a little more complicated. the piece below was something that i wrote ages ago. i wasn't really thinking it was something i could incorporate into a larger piece. i wasn't really thinking about it being anything except a little brain exercise based on a scene that randomly snapped into my head. i like it for what it is, but i always wondered if i could turn it into something more. on the other hand, i was afraid that manipulating it and baking it into something more complex would destroy what i liked about it.

in the end, i've compromised, because you can do that with writing in a way that you can't, say, with a bag of fresh peaches. you cannot make them into a cobbler and enjoy them fresh. although i suppose that if you had a bag of them, you could use some for one purpose and some for another. this metaphor is decidedly half-baked.

what i mean is that, i have preserved this little snippet in a folder with other little snippets that i like, but that don't really fit into anything else. but i also used it as the inspiration for the opening of this project, which has been on hiatus while i deal with the rest of my life. it's one of the many things for which i need to make time, because it's definitely the thing i've worked on that i've liked the most. [and yes, since i've had people ask me, i do have a very definite ending in mind and have since the beginning of the writing process. this isn't the usual story of me giving up because i've run out of gas before the end product is fully cooked. this metaphor gets worse every time i go back to it. and yet i keep returning...]

so here is the original, raw piece of flash fiction, that was then prepared and incorporated into a much larger and fancier dish. tuck in.

Hi, it’s me. You may not remember who me is. You might not know me to see me anymore. We had drinks a couple of times. Chatted a bit. I used to visit you when you worked at the record store. We talked about music because that was the first thing we noticed that we had in common. What exactly was it that we had in common, really? Wait, that wasn’t what I meant to ask you. This isn’t how I wanted this message to go.

I wanted to let you know I was still around. I wanted to let you know that I remembered you, that I thought of you occasionally. I don’t know if this is even still your number, because it was a woman’s voice on the phone. Maybe it’s your girlfriend. You always had a girlfriend. I always had a boyfriend. We never talked about them. They never seemed to be one of the things we had in common. Maybe if we had been doing something wrong, we would have considered them more. Perhaps we would have stooped to petty criticisms in order to justify our weakness. We were never talking about anything that involved them. Perhaps it was just that, with everything else we seemed to talk about, we never got around to the subject of other people. There were so many subjects we seemed to graze over, I can’t even remember, except that ours were conversations I enjoyed.

I thought you were attractive.

There, I’ve said it.

Was that reciprocated? Did you notice? Was I pathetic? Was I some sort of fantasy? It bothers me a little that I never knew. I probably remember you more fondly because I never knew.

Thanks for coming to see me when I was working at the bar. Now, if you didn’t know before, you’ll know who I am. You showed up with your friend and we talked while everyone else danced, trying to get others to notice them. Trying to get others to see how deserving of attention they were. I think we talked about philosophy. Your friend was smart. You were smart. You held on too long when we hugged goodbye.

What were you thinking? I wanted to ask. I’m probably happier because I didn’t ask.

I’m just calling to tell you that I’m still alive, that I’m still around, that I happened to be in town, that I was hoping we could get together some time. No, we shouldn’t get together. But isn’t it nice to know we could? Isn’t it nice to know that we could run into each other in the street and smile in recognition and wonder and curiosity? Did you wonder what I was thinking? I believe you did.

I moved on. I moved away. I moved to nothing, to a sort of emptiness, a loneliness I would never have believed existed if it didn’t surround me all the time, even when I was in a crowd. Even when I am with the people who I say are close to me. It gets to you after a while, this isolation, this refusal of the fog that blocks your vision to burn and rise and let in the light. I’ll sit at  dinner with friends and I won’t hear a word they’re saying and it doesn’t matter, because I won’t be able to distinguish that conversation from a dozen other conversations that sound exactly the same. Conversations that have to do with other people’s jobs, with their car payments, with their lawns. Conversations that happen around me while I nod and wonder what happened to the things I felt connected to, the people. Like you.

I remember every time you and I talked. I remember what it felt like in my chest when our eyes met. And it wasn’t like I was in love with you, that’s the weird thing. I just remember how it felt. Isn’t that strange? Or would you know? Are you still with the same girlfriend? Is she still so ethereally beautiful? The two of you were this exquisite artwork of a couple. I always knew I wouldn’t be pretty enough for you, even if we had been thinking of each other that way.

I’m at a phone booth now and I’m near the water. I can hear, but not see, seagulls moving and crying from within the soupy fog. The sky is all slate blue and grey, even though it’s late, because it’s illuminated by the yellow aureoles of light around the street lamps. There’s no one around me. For all I can see or hear, I’m out here alone.

Are you shocked to find yourself awake in the middle of the night, a smear of sweat on your forehead and your lip, heart thrashing as if you’d been running, running from a monster that’s been set on you, out for your head? Are you confused by the familiarity of the body next to you that seems so alien, so disconnected? Do you always know if you are awake or dreaming, or are there moments when you’re by yourself when you hover, unsure, bracing to see if you wake with a start, in a panic?

What I meant to say was that I remember you. And that occasionally, when I hear the right song, or when the mood hits me, I think about you.

What I meant to say was that I think we had some good, brief times and I’m happy to have the memories that I do of you, that they’re perfect the way they are.

What I meant to say was that some day, I hope we see each other again and that we’re both happy and that we both know each other. I want you to know that I’ll always be happy to see you again.

What I meant to say was that I’m here. I’m still here.