mental health mondays :: i want to make this about the pickles

it seemed likely that this week's mental health mondays would be about racism, charleston, and the rush to declare mass shooter dylann storm roof mentally ill. but it would be tremendously depressing to do that, because 1. i just wrote about him yesterday; and 2. even i'm getting sick of seeing the post where i write about how the mentally ill are maligned and labeled as violent freaks whenever there is a mass shooting in the united states, usually because it's easier than talking about the more important factors involved. if you're new here and aren't yet sick of reading about this topic, here's a bit of it:

even thinking about writing another piece about another killing where i'm basically screeching at the media and people in general to stop using mental illness as an excuse for every mass murderer, knowing i'll be back writing the same thing in a few months' time, even though i'm not the only one saying this sort of thing is becoming tortuous. because whenever there's a mass murder, it's always about the crazy.

and that's why i've decided to make today about the pickles. 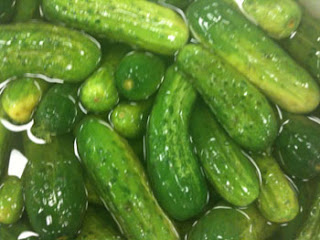 specifically, there's this interesting article about how students who ate fermented foods like pickles [also yogurt, sauerkraut, or that new trendy thing, kombucha] were less anxious than those who didn't and the ones who were the most anxious previously were the ones who seemed to see the most benefit. as you'll see in the article, this is thought to be because fermented foods work on the gut bacteria and allow specific neurotransmitters to flow in the same way as drugs like benzodiazepines do, but they aren't addictive [as far as we know] and they don't tax your liver. in fact, they're doing all sorts of other good while they're in there.

i've already posted about the possible links between guy bacteria and mental health, which turns traditional wisdom about mental illness on its head. or off its head. as we work our way towards the root of brain malfunction, it becomes necessary to look outside the brain.

imbalances in gut bacteria may be the most important health issue of our time, because [i'm tempted to say "trigger warning"], we are more bacteria than human, by a ratio of ten cells to one. everything that we are depends on the bacterial load we carry with us every day, so it makes sense that some of it affects our brains. 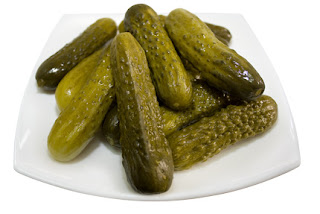 [but does that mean that there could be some rogue bacteria that makes us do really horrible things for really stupid reasons? and if there were such a thing, what would happen if we killed it? would we just stop being terrible and ignorant or would our fingers fall off as we aged? because bacteria have a tendency to do good things as well as bad. h. pylori, the little bastard that causes gastritis, ulcers and certain forms of cancer may also protect against gastro-esophegal reflux disease and keep children from developing asthma. and we can't even be super-sure that eradicating it would solve the ulcer problem, because twenty years ago, we thought everything was down to acid and stress and we encouraged people to pour milk, which is loaded with lactic acid, on the problem. some scientists think we should go for the nuclear option against the bacteria. but maybe the larger problem is that the current western diet leans heavily towards foods that acidify the gut, which is just an invitation to all sorts of horrible things. maybe, rather than just trying to blame a bacteria whose effects have only been studied within the lifetime of most people reading this post, maybe we should look at the basics of our lives and think how we've gotten away from balance and rationality. the fact is that a western diet is tilted heavily towards the acidic side, creating an environment that's not so friendly to some bacteria, friendlier to others, or that just lets the proportions get totally out of control. that's why fermented foods which pull the balance back towards alkaline, seem so miraculous. but push the meter too far in the other direction and it's basically the same problem.]

i like to do mental health mondays posts about things like the pickle study because they make me feel hopeful. like we don't have to wait for scientists to come up with the next great drug, because there are ways to nudge our brains in the right direction that are easily accessible to a lot of people. chances are that coming up with a dietary plan that would stave off the development of major mental disorders isn't possible- it would need to be tweaked to suit literally every person on earth- but i like to think that there are ways to manage the symptoms while we try to figure out exactly what it is that makes so many of us so sick. 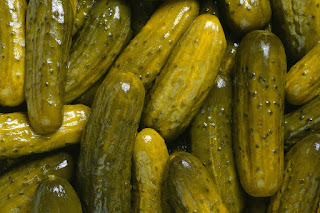 and i also like the idea of the simple solution. like if i just eat enough pickles and sauerkraut and miso and yogurt [i really can't handle the kombucha, i'm sorry], my brain will be healed and i won't need to worry about taking medications that may eventually start to break down my body, or that don't always work. and i won't have to worry about becoming paralysed when i'm in public for no reason, or getting scared because i'm convinced that what's happening around me isn't real, and i won't be surprised and embarrassed when weird combinations of words just come tumbling out of my mouth in public, or that people will think i'm a snotty bitch because sometimes other people just make me paranoid and hostile, so i either glare at them or pick fights.

i realise, though, that it isn't so simple. because what's making me - and possibly you- sick may have its root in a chemical, or an enzyme, or in billions of bacteria, but chances are that that is only a small part of a much larger problem. whatever imbalance may have triggered a mental illness, the greater part of that illness becomes the learned behaviours we've all developed to cope with it, like teaching ourselves to walk on a broken leg. those are things that have to be broken down and understood, things that we need to unlearn in order to get to that mythical land, "wellness". it isn't going to fix anything to focus on the microscopic if we're ignoring the larger problem.

i really want this to be about the pickles, but it isn't. i want to think that everyone who struggles with mental illness can make a few dietary corrections and be better. but it doesn't work that way. the vast majority of us have lived our whole lives in a state of fundamental imbalance, piling complications on the problem until the problem is made up more of the complications [like us and the bacteria]. so sure, we could eradicate a bad strain of bacteria and just hope that we don't need it for other things. or we could make the changes that we need to in order to restore balance to our base. but it's a lot more work after that. the pickles are just the beginning.