May 23, 2015
as dom and i were weaving through peel metro station yesterday afternoon, my eyes fell on a rather alarming advertisement: 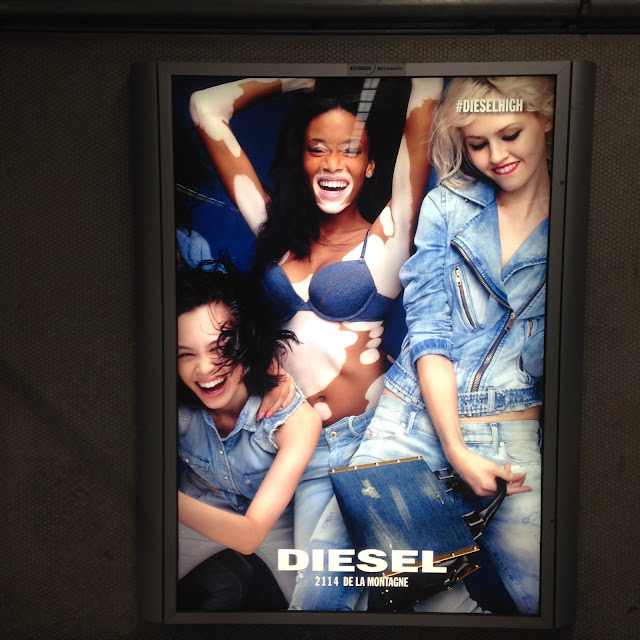 while i applaud diesel for featuring model winnie harlow front and centre in the entire campaign, i was significantly distracted from her because her friend seems to be struggling with some pretty serious "feminine itching".

yes, on closer inspection, i guess she's just holding her purse at a peculiar angle [seriously, try moving your arm that way and see how natural it feels], but i'm left with the impression that she's really just looking for a way to surreptitiously scratch a little. and those nasty photographers decided to make her one moment of weakness into a central image of their campaign. while the vibe of the ad is playful and carefree, itchy and scratchy girl seems focused on her own little world, which in turn is focused south of the border. now, her modeling c.v. is going to have to include "girl with yeast infection in diesel jeans".

also, i think it's possible that winnie harlow is actually screaming in pain, because if you look at the placement of her legs, something in the left one has clearly been broken.

diesel jeans: a great fit whether you're party, suffering from an infection, or have just had your ilium crushed.