#tbt in another realm

April 09, 2015
i used to get a bit of a kick out of attending psychic fairs. it's not that i believe in the paranormal. i kind of want to, and i have had experiences where i felt like there was something other at work, but i'm also an unapologetic skeptic. it still baffles me that when everyone's pal jesus was crucified and then some guy who looked like him showed up a few days later saying he'd risen from the dead, thomas is singled out as the arsehole because he doesn't immediately believe him. i can tell you that if my grandmother knocked on my door right now, i would need to see more than a resemblance before i believed that she'd hopped out of the grave. [particularly since my family are cremate-ors, but that's a different story.]

that said, i'm completely fascinated with explaining paranormal phenomena, because i can't deny that in some cases, they're pretty eerily accurate. [there's a story regarding how and when dom and i met that completely defies belief.] i'm just convinced that it's something that i should be able to figure out, like catching the sleight of hand employed by magicians.

and then there are things that are linked to science, albeit tenuously. like auras. there's no scientific evidence to support the idea that humans are surrounded by a luminous haze of colour, but there is certainly evidence that humans, along with every other living thing, have a weak electromagnetic field around them. for that matter, we have billions of bacteria not just in us, but around us, a unique grouping for each person. and in theory, it should be possible to photograph those things. 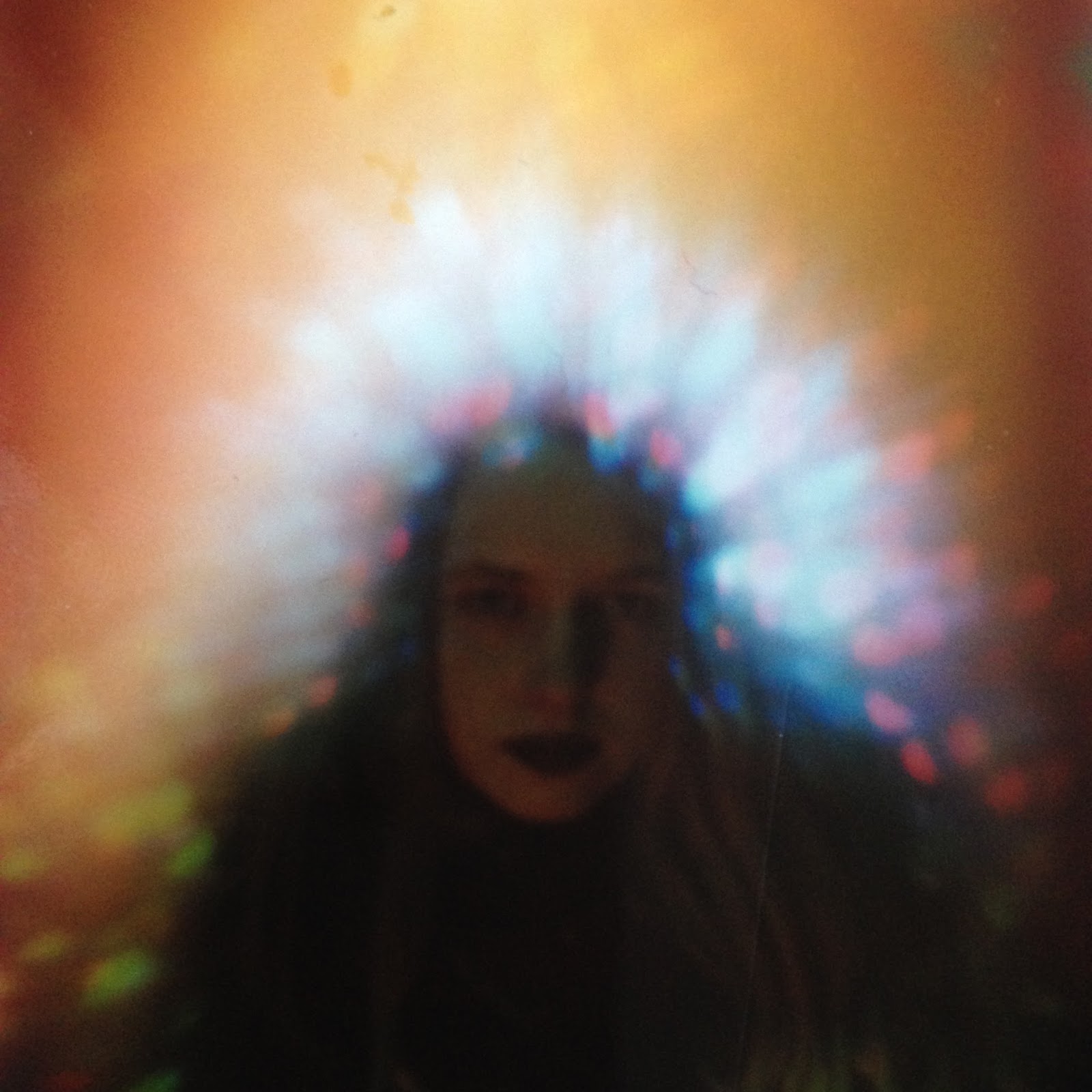 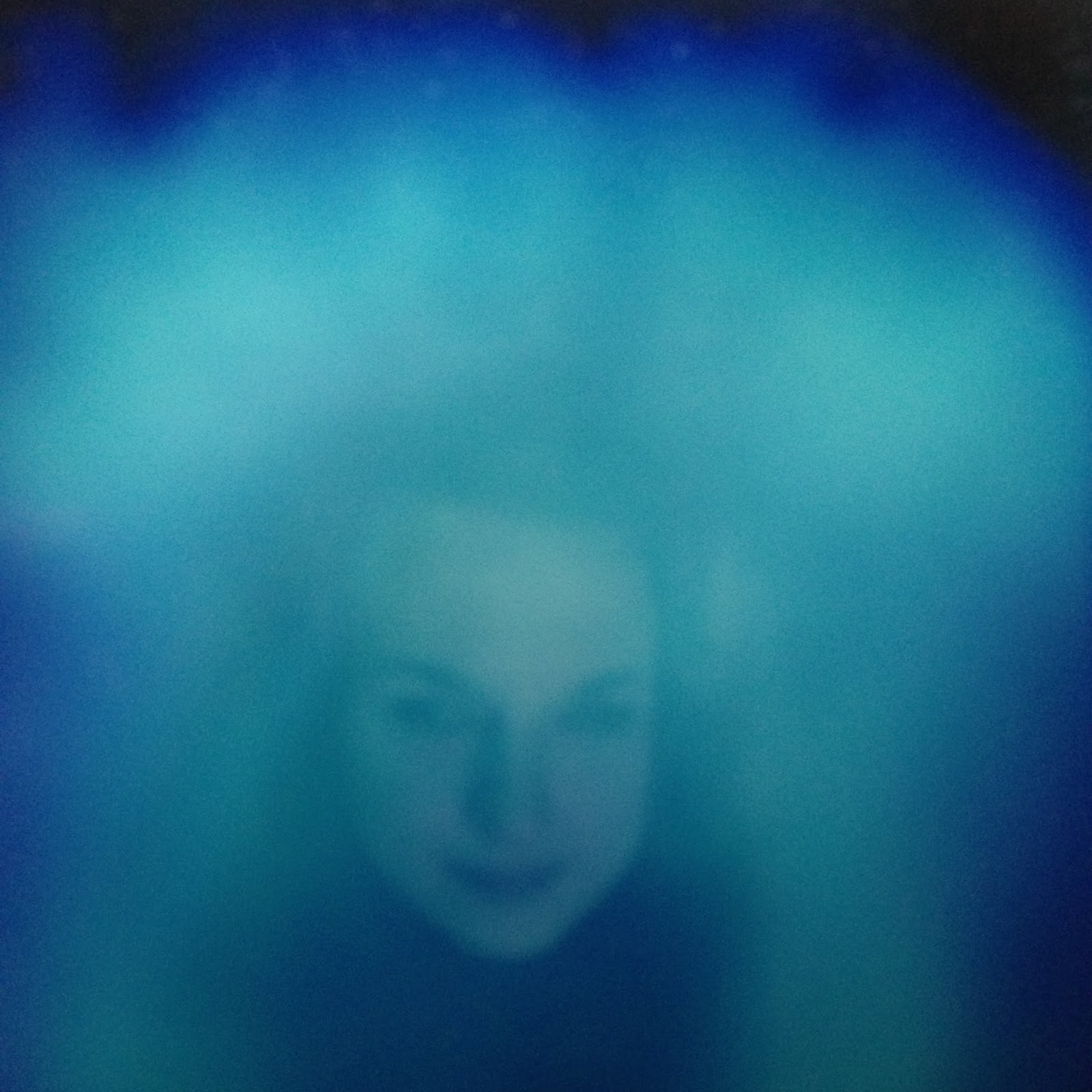 i don't know that either of these photos actually captures something of my electrical or bacterial field, but regardless of what's showing, i do kind of like both photos, both of which purport to show my aura. they were taken at separate psychic fairs about six years apart- the "crown" one is the earlier one, dating from around 1999- and seem pretty vastly different from one another, but when we're talking about something dynamic, why on earth would we ever expect it to look the same from one moment to the next? [i also find it interesting that i look angelic in the first picture and pretty demonic in the second. and check out the lipstick in the first pic. in case you ever doubted how far back my love of vampy lip colours goes.]

so, believer or skeptic, i recommend that once in a while, you indulge in something outside of the mundane, if only to get a cool photo.

p.s. :: in grade nine art class, we did an exercise where we were asked to fill in an outline of our bodies with colour after doing an exercise to let us "see" the colours that made up our internal being. i went through the exercise and i absolutely did see something, although i know others who haven't. mine was filled with copious amounts of black, highlighted with other shades. my art teacher thought that i was making up the colours, because i wore a lot of black and because black was associated with the sort of depression she said a fourteen year-old just couldn't feel. she was a bitch.

p.p.s. :: i'm fibbing a bit when i say i'm totally skeptical about the paranormal. i read tarot cards [although i often see this as traditional psychology as much as parapsychology] and have collected tarot decks for many years.