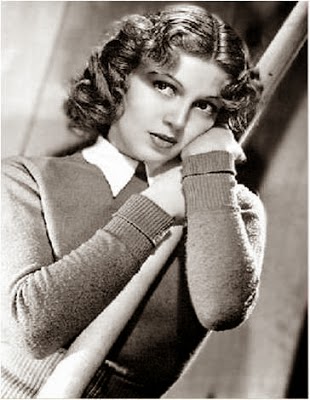 who doesn't love sweater weather? not too hot, not too cool, just enough that you need something warm and fuzzy [and more portable than a cat] wrapped around you when you venture outside. but in my case, i just love sweaters. i have a particular thing for cardigans, as any who know me can attest. since i was in my early twenties, unless the heat was truly overwhelming, i have always had a selection of cardigans that accompany virtually every outfit i put on. of course, it's not only cardigans, of course. i'm just enamoured of the sweater.

part of the appeal, to me, is that adding an extra layer makes anything look more polished. it's like putting on a top and bottom is something anyone could do in their sleep, but throwing on one extra item takes style. ok, it's possible i'm the only one who thinks that way...

at one point, sweaters were purely functional. they weren't the kind of thing that you wore for how they looked, ever, unless you were trying to look like a fisherman. they were big, bulky things that you put on when you were going to be at odds with the elements and needed the sartorial equivalent of a saint bernard to defend your delicate skin. [fishermen have never been known for having delicate skin. -ed.]

in the twentieth century, however, saw a rise in fashionable knitwear, starting [as many fashion trends did] with coco chanel and her choice of jersey fabrics for her women's suits in the 1920s. the gradual move from hand to machine knitting through the great depression made such clothing more affordable and the use of wool blended with synthetic fabrics made the shape and fit less bulky than its progenitors. indeed, the 1940s saw the emergence of the "sweater girl" [typified by young superstar lana turner] as a sex symbol. young women wore sweaters that fit snugly and showed off their curves, something that was seen as especially provocative when paired with the era's highly structured bras.

i'm not a tremendous fan of the rocket bra- when i've felt crowded at shows, i've given it some thought- but i do still think that there is something sexy about a fitted sweater. it's no longer as scandalous as it once was [in the 40s, people took it as a sign of moral decay... wonder what they'd think of tights as pants], in fact it's quite the opposite. it offers the hint of feminine curves, while still looking conservative enough for most situations. plus, of course, there's that slightly retro appeal of a sweater worn with a pencil skirt, which is a favourite of mine.

so after that lengthy preamble, i thought i'd share a few of my fashion adventures in the world of sweaters...


here's a basic way to start: a short, fitted navy cardigan. it's from h&m, it cost less than $20 and they have it in a lot of different colours. [in fact, i also own it in a bold red-orange and i plan on adding more.] i wear this one a lot because it's plain and navy is a neutral, so it goes with just about everything.

in both of the cases above, the sweater is like the adult in the room, because on me, i think those outfits would be like toddlers on a halloween sugar rush without a little something to reign them in. there's colour and pleats and pintucks and buttons and zippers and laces going on all over the place and yet the navy cardigan is like "it's all right, i got this" and everything is calmed to the extent where i feel like i can leave the house.

of course, i would never be caught without a black cardigan. as it happens, i have a couple, but there is one that is my extra-special favourite. it's made by local clothing designer barbeau, who does some really fun things and also knows how to make a basic piece just a little edgier.


if you've followed this blog, you've seen snippets of this one before, because i wear it all the time. it's most distinctive trait is that the zipper goes all the way around the front, which serves no practical purpose, but does make it more visually interesting. plus the ruched sides flatter curves and hide any belly issues you might not want to put out there.

then, of course, there is the joy of the long cardigan, which can go sort of open and comfy/ sloppy [someone handed this to me once and told me i'd left it at their house. i'm known to do that sort of thing, but when i got it home that night, i realised that i'd never laid eyes on it before in my life. oh well, it has a good home now.] 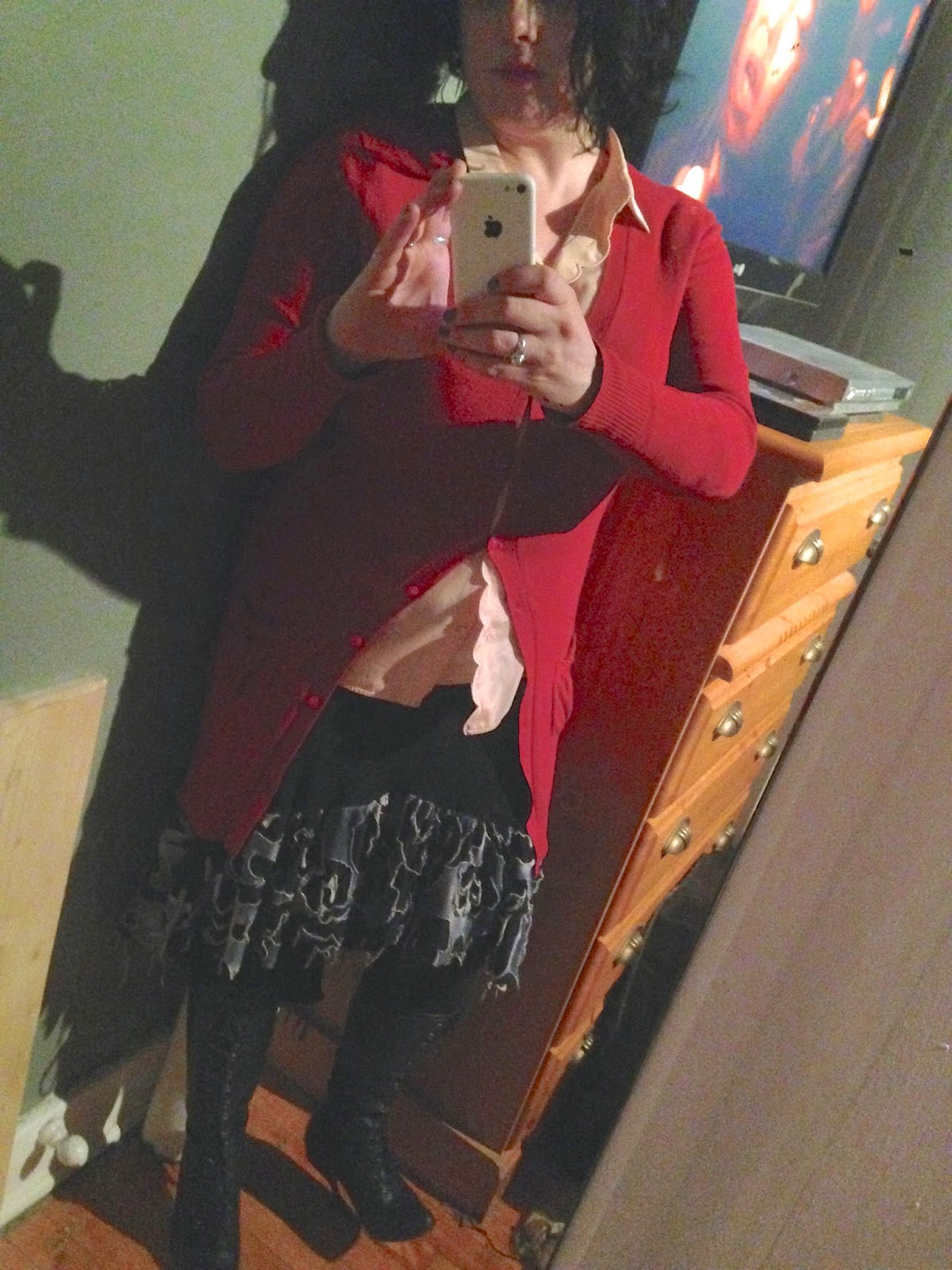 this is another h&m one, also very cheap, also available in a lot of colours. not a cardigan, clearly, but perfect for doing that fall/ winter layering look.

and finally, something i've only recently come around to: the sweater vest. although this might have some disturbing associations, it's a look i really do like, i just don't find that many sweater vests that don't look a bit bulky. [curvy girls do not want bulk.] this is one i bought as part of a set with a cardigan. i really only wanted the cardigan [which is strangely not featured here], but lately i've been working this one into the rotation more often. 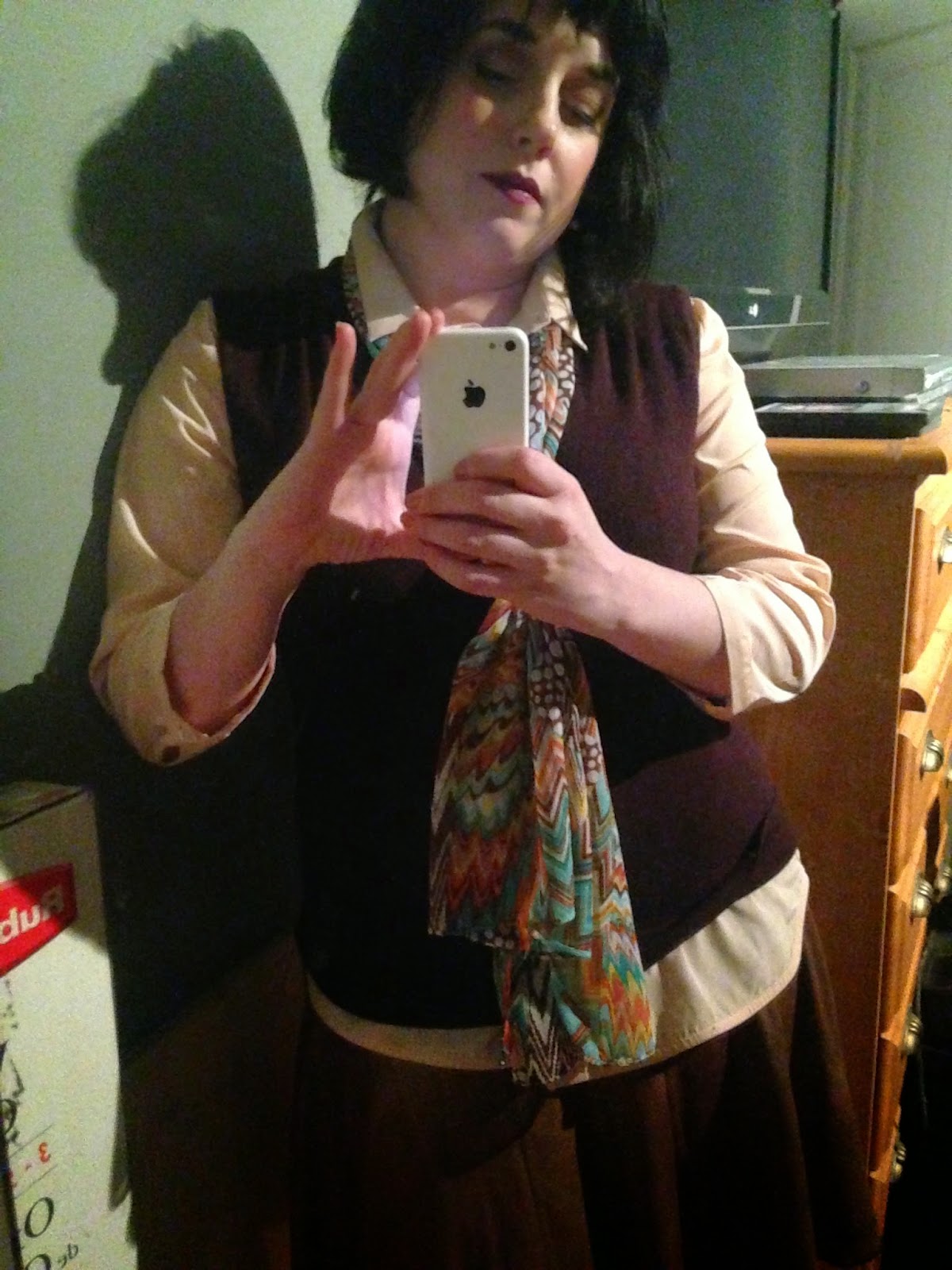 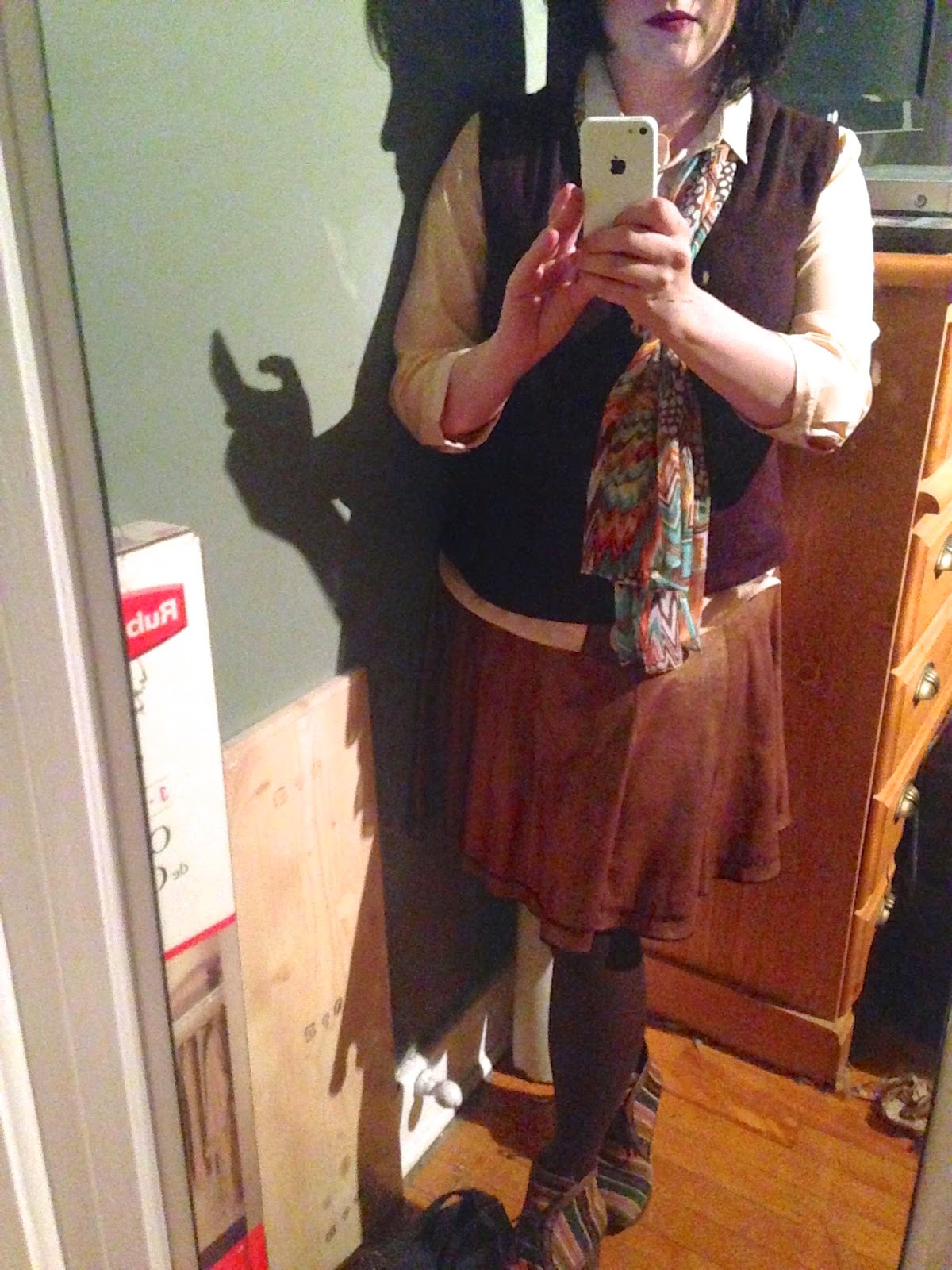 that's another aime com moi skirt, made of some fascinating material that looks like a combination of leather and brushed cotton. i can't explain it.

i could go on like this for a while, but you get the picture. a lot of the pictures. it may not be as bad as my lipstick problem, or even my fluevog problem, but clearly, i have a sweater addiction...