armchair centreback :: dear santa, we know where you live 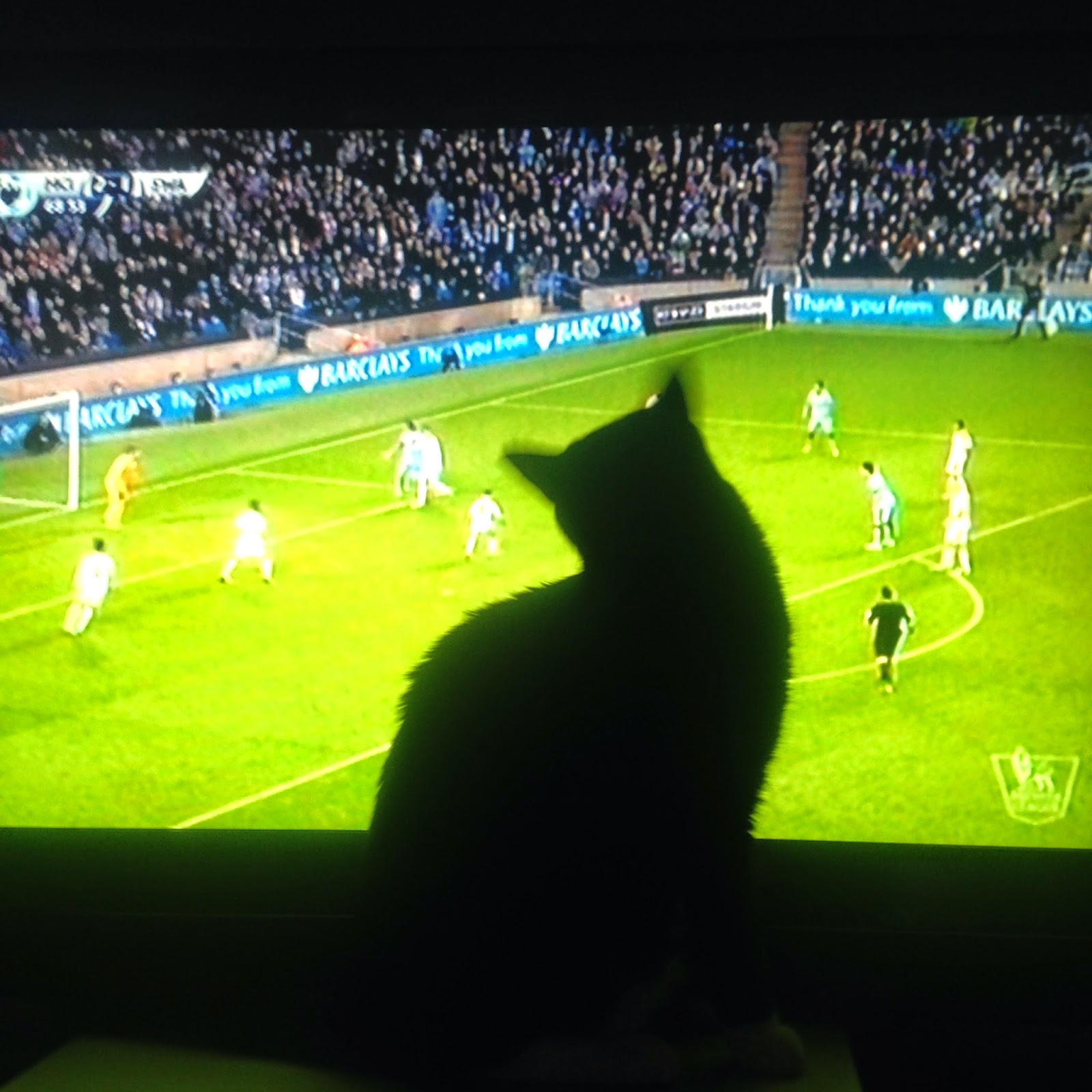 for those of you who aren't aware, dom is a big fan of arsenal. he used to live in north london and picked up the habit there. he proudly says that he bleeds gunners red, which i think is just a coincidence, but it is true.

being partially of welsh stock, my loyalties lie with swansea city. [although my welsh family comes from an area of wales that's actually closer to manchester than swansea, i'm going to say that nationality trumps geography.]

cheering for different teams is less problematic than you would assume, since we're only in direct competition a couple of times a year. arsenal being a larger, wealthier team, they're certainly the more likely to win national and international titles, whereas swansea gives that thrill of cheering for a gritty underdog. all we have to remember is that when we do meet, the winner shouldn't gloat about the results.


look, we don't get to beat the top-tier teams all that often.

ok, since i've decided to be obnoxious, i'll give dom first swing at santa's gift bag...

i asked him [dom, not santa] if he could get st. nick to bring his frustratingly inconsistent gunners one thing this december, what he would choose.

although he may look more like an art gallery owner than a sports professional, jurgen klopp is respected as an extremely effective manager and has done some remarkable things with borussia dortmund in the german bundesliga. a number of teams are throwing sidelong glances and batting their eyelashes in his direction, especially since the team has struggled, having lost some key players to big-spending bayern munich.

why this guy? there's only so long a really class team can struggle without the stink-eye getting pointed at the top. arsenal manager arsène wenger will go down in history as a fantastic tactician and as someone who brought new perspectives to the game, especially about health and nutrition. he's discovered and shaped some incredible talents. what's more evident at the moment, however, is that he's as stubborn as a concrete mule and possibly a little bit delusional when it comes to determining what his team needs. [rumours continue to link arsenal with forward options, despite the fact that there are a few strikers on the team who've barely had to put on shoes this season. wenger says he's happy with the defense that he has, despite the fact that a series of injuries has left the team basically using parking cones as their back line.] he's had an amazing run, but fresh perspective is needed.

likelihood? well, it would be a christmas miracle. there have been calls for wenger's head for years and no one has done anything. he's like the keith richards of football management and chances are he'll go when he's good and ready. that said, i think dom might want to hang onto that wish for his birthday, which falls in the summer, because there's a decent chance that he might be good and ready around then. [oh, and herr klopp has been dropping hints that he wouldn't exactly say no to an english move.]

i've generally been really happy with the little welsh team that could this year. newly minted manager garry monk is doing a great job. he locked down a few key players, made some smart signings, played chicken with the football association and made them blink. i do think that he needs to reign in the unbridled, erm, enthusiasm of some of his players. there is no award given for the guy who gets kicked out of the most games in a season, even in wales. but that said, it's hard not to feel somewhat pleased.

but i do have one little wish for the holidays. this guy:

that's young joel campbell, who got a lot of attention at the world cup as part of the high-flying costa rican squad who surprised everyone. what's surprising everyone now is that one of the hot properties coming out of the quadrennial classic is spending his time warming the arsenal bench. he spent last year out on loan so that he could get some playing time. fat lot of good it did him. he's reportedly none too pleased about the way things have unfolded and a lot of us think that he's got a legitimate gripe.

why this guy? in january, the africa cup of nations will take place and that will see swansea's principal striker, wilfried bony, off to play for his country. although they have frenchman bafétimbi gomis, swansea are absolutely going to need another option up front. campbell wants to get game time. swansea can pretty much guarantee him game time. it doesn't have to be a long-term thing, just a loaner for the rest of the season. it's a short move for campbell and arsenal aren't even using him right now, so everybody wins.

likelihood? well, a week ago i would have said i was being fanciful, because i seemed to be the only one trying to set these two up. however, this weekend, i received some validation, so now i think the chances are decent. if he wants to stay in the premier league, then he's unlikely to have a better chance to strut his stuff anywhere else. for what it's worth, i asked dom about borrowing him and he's cool with it.

so, santa, you have your assignments. and we don't want to get pushy, but you do seem to be living on canadian soil and we're pretty damn sure you weren't born here... well, there's really no reason for this to get nasty.