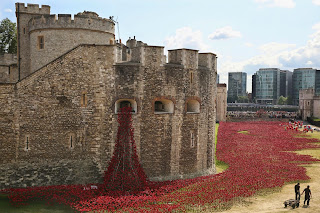 i thought i'd indulge in a bit of a departure this week, in remembrance of what i firmly believe is the defining event of the twentieth century: world war i. it's certainly arguable, but i've thought about it a lot and i'm pretty firm in my opinion. because the second world war was better documented and made a better story [good versus evil], it has overshadowed its predecessor and this has done us all a great disservice. the "great war" as it was known [or, more optimistically "the war to end all wars"] is responsible for a staggering amount that we now take for granted. so today's world wide wednesday will take a look at some of those.


those are just a few of the effects of the great war that we continue to see today. but there are many more. i'm not even getting into a discussion of serbia, bosnia and the pan-slavic movement [although i probably will in a future www instalment]. my point is just to offer a few reminders of how the first world war continues to colour our perception of the world, even though we've forgotten much of the lessons it taught. when it comes to fighting, every state likes to invoke the metaphor of world war ii- that battle is an unpleasant necessity in the face of evil. but i believe we have much more to learn from the tumultuous world of the early twentieth century, when old powers were in the decline, new ones were on the ascendant and a lot of leaders out of touch with the people they supposedly lead bickered and stumbled their way into one of the bloodiest conflicts in history.

[parting note :: i feel like i should mention that searching for images of world war one-era prosthetic masks is the single most unpleasant thing i have ever had to do in writing this blog. if you ever want to really expose yourself to the horrors of war, i invite you to try your luck with google. if you'd like to sleep again, i suggest you take my word for it: you're happier not knowing.]

Martin Rouge said…
I would add a few more changes that had modern consequences, initiated by the Great war:
-Canada's pioneering use of mixed arms combat units. Instead of specialized units, like grenadiers, riflemen, and machine gunners working in their own bubble and against each other, the mostly private corps of the Canadian army were made up of all of these, who had trained together and worked in concert. It is the basis for how modern combat troops operate.
-The League of Nations. Sure, it was flawed, but it was the first genuine attempt at dealing with international relations in a common setting, rather than through individual countries and dominions vanity games. It failed because empires and commonwealths still held too much power, but it led to the modern UN.
-The banning of absinthe. When French and other nations' command compared the general health and physical build-up of their menfolks compared to the Germans, they noticed that they tended to be smaller, weaker, and with quite a bit less stamina. They also realized that the men very much enjoyed the consumption of la fee verte. Combined with ongoing urban legends about it's deadly and debilitating effects, they went all reefer madness and banned it, a prohibition that only started to get relaxed a few years ago.
11:42 PM

morelikespace said…
There are dozens of advances that were made during the war that continue to effect the world today. I think it's been much more important to history than WWII, but the second one makes a much more comforting story.
2:00 PM