October 18, 2014
in case you were wondering [they weren't -ed.] why world wide wednesdays happened on thursday this week, you can lay the blame solely on the sweet sounds of sweden, specifically those of the sadly defunct cold meat industry record label.

the show was part of a tour that continues to unfold from now until the 29th of the month and if there is any way you can find your way to one of the shows, i can't recommend it enough. seeing bands i've admired in the past has been an uneven experience for me. there were some shows that were so bad that they've made me question why i ever liked the act to begin with, while others have left me marveling at how old masters continue to possess a spark that's absent from so many younger acts.

here's a little photo tour of my evening... 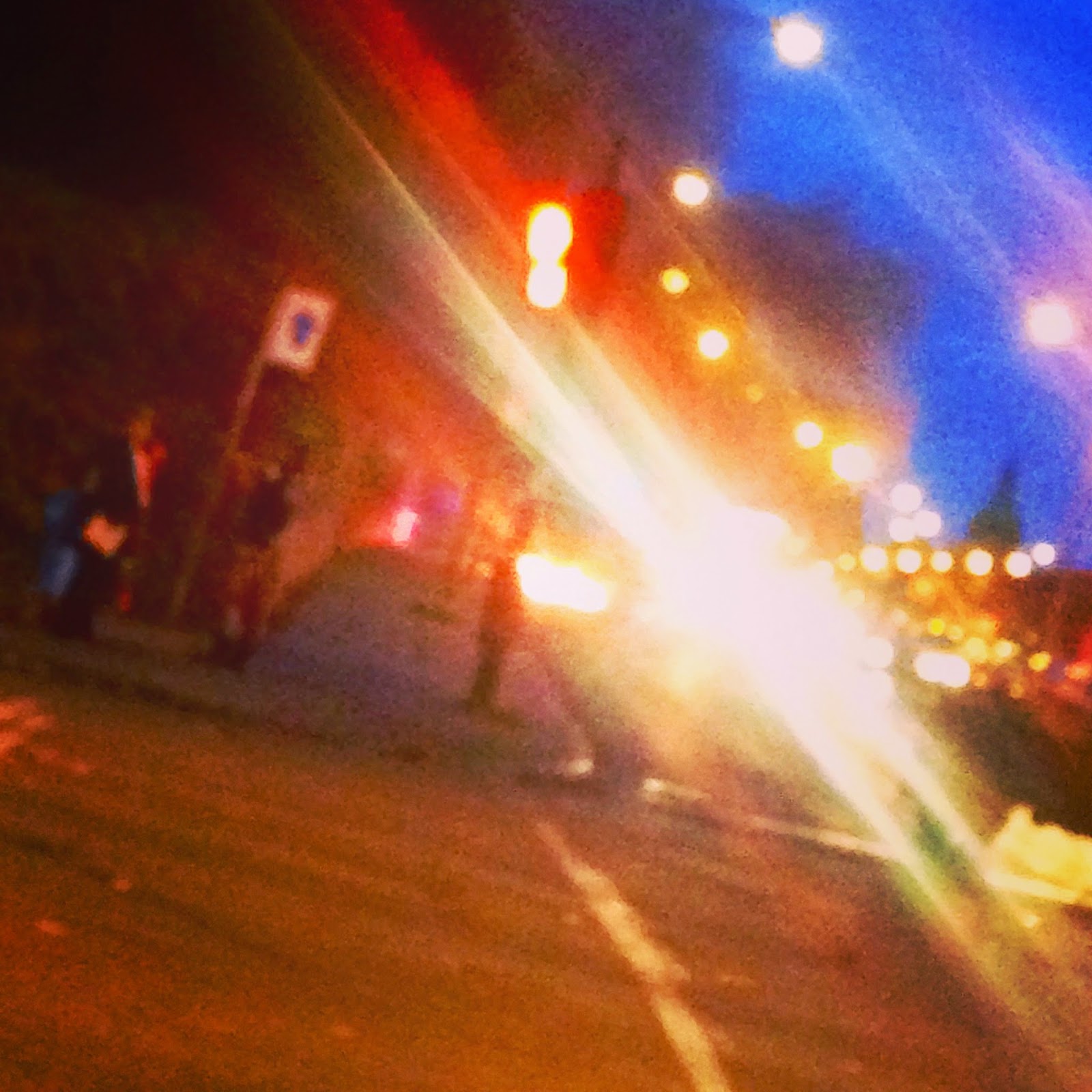 ok, so the first thing is that when we left to go to the show, we couldn't get to the metro because the street was on fire. it was hard to get a good shot because the air was so hazy that everything distorted, so this is just an impression of what it looked like.

right here should be a picture of menace ruine, who stepped in at the dire last minute when one of the opening acts couldn't make it. very short, sweet set and caught me out, because i didn't get to take a picture. i just wanted to mention it, because performing is stressful for a band and opening a show with basically no notice whatsoever is pretty damn cool. 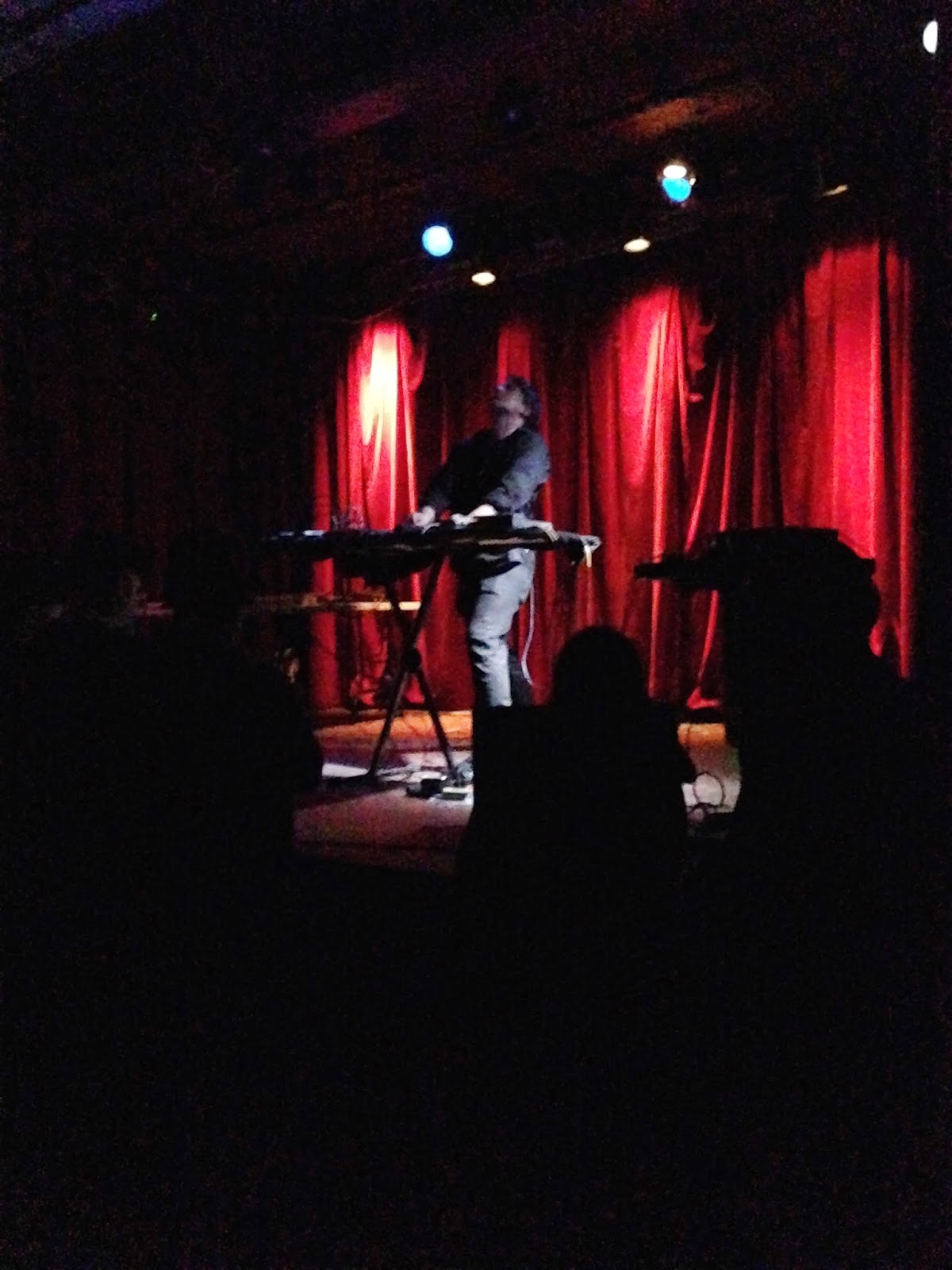 lussuria, an artist about whom i knew little, but i did check out his latest release on hospital productions and am curious to hear more.

another lussuria. i played with the colours a bit to make it look more like it did in person than in the unprocessed photo above. 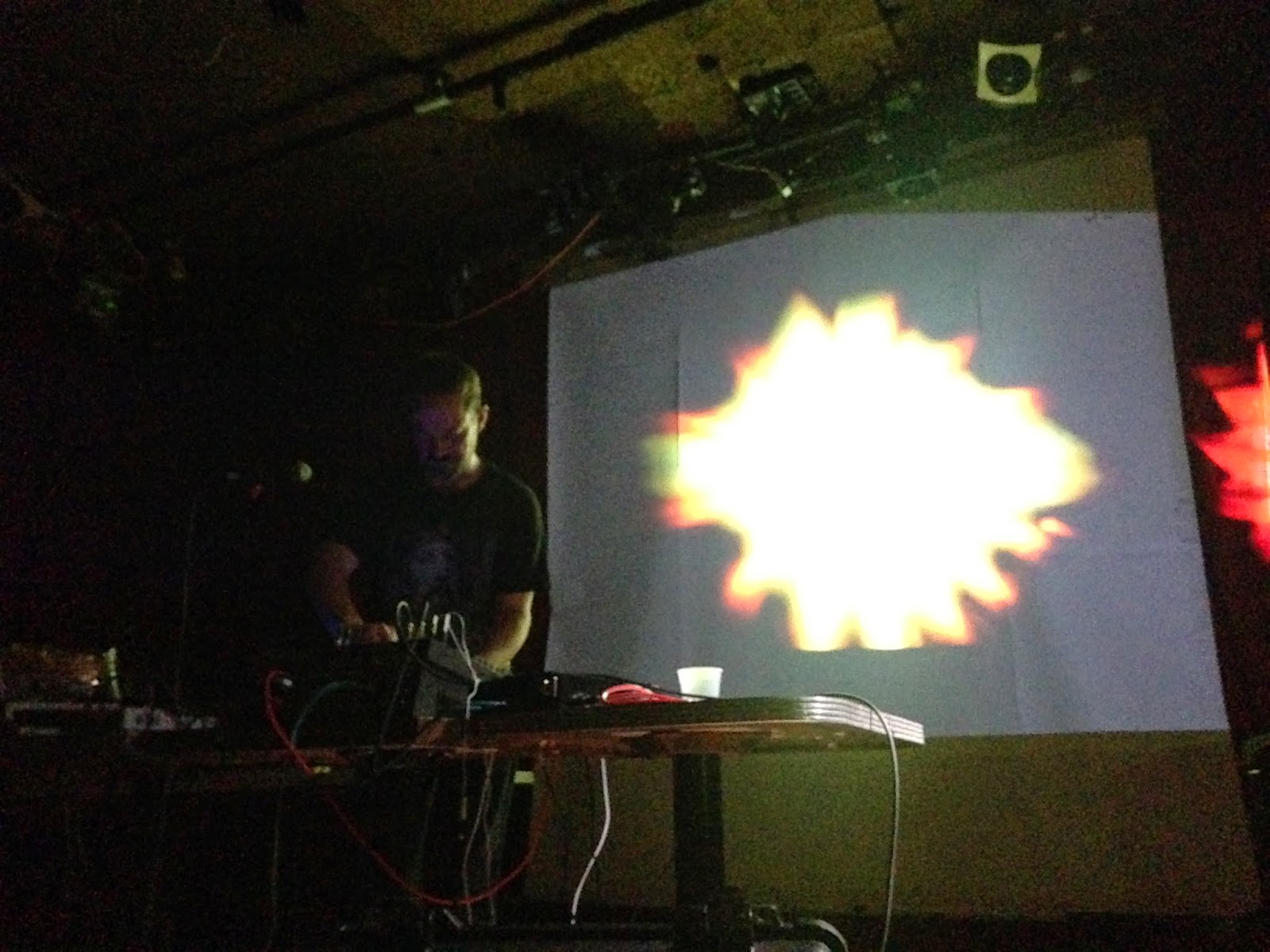 deutsch nepal, the only one of the artists who i'd seen before, was actually better than when i initially saw him in 2007, remaining resolutely difficult to define, unexpected and enchanting in the most magical sense of that world. one of the subtle pleasures of the evening was that the backing tapes that lina used were actual tapes. he kept popping cassettes out to provide the loops and background sounds required for each track. i'm not a fan of the whole resurgence of cassettes as recording medium, but this was great to watch. 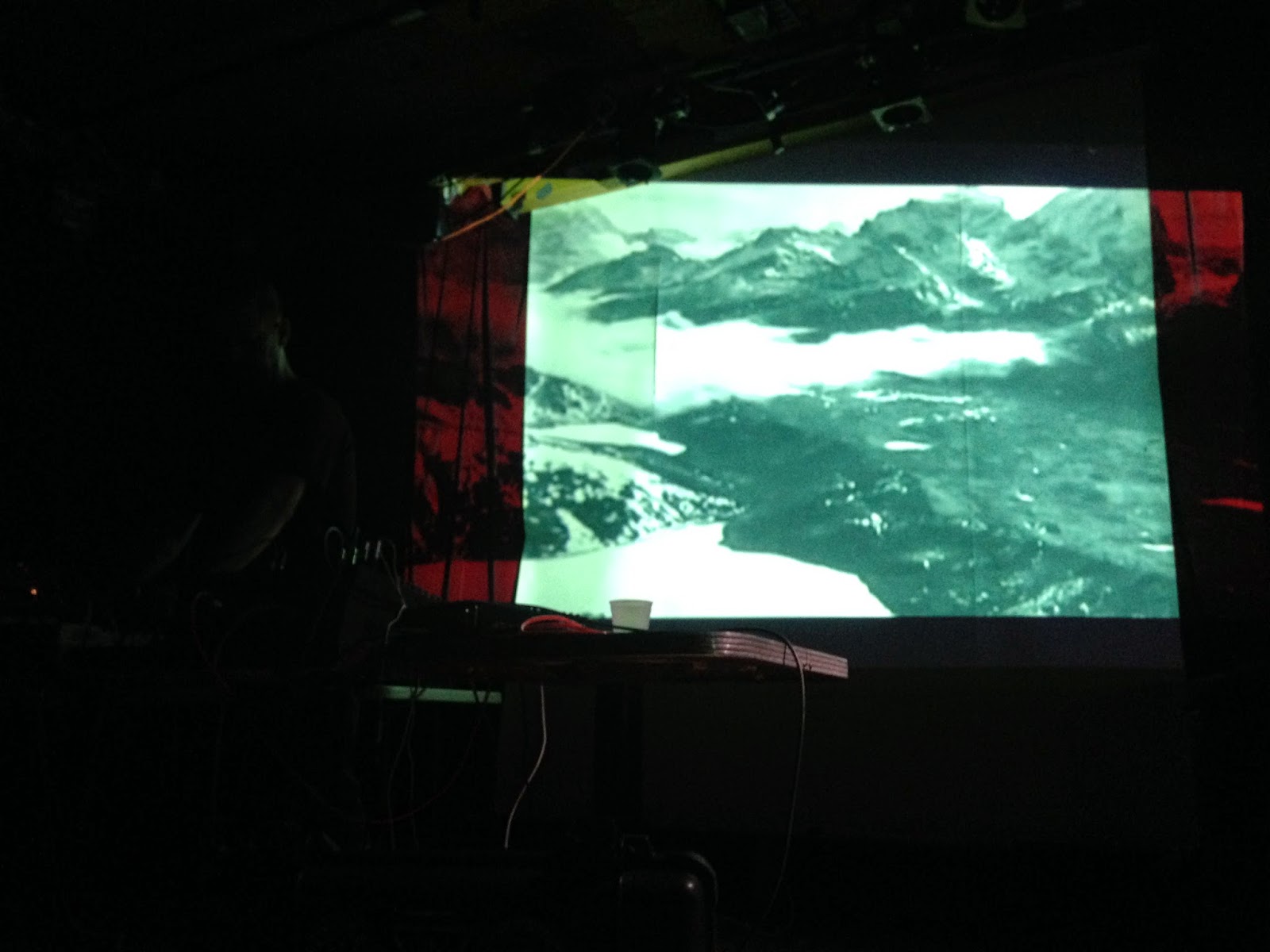 it wasn't on purpose, but i kind of love how deutsch nepal's backing video bled onto the surrounding curtain. fyi to sala rosa: replace your goddamned screen. there are homeless people sleeping on things that would make a better projection surface.

i got sort of fascinated by the big box of musical stickers. 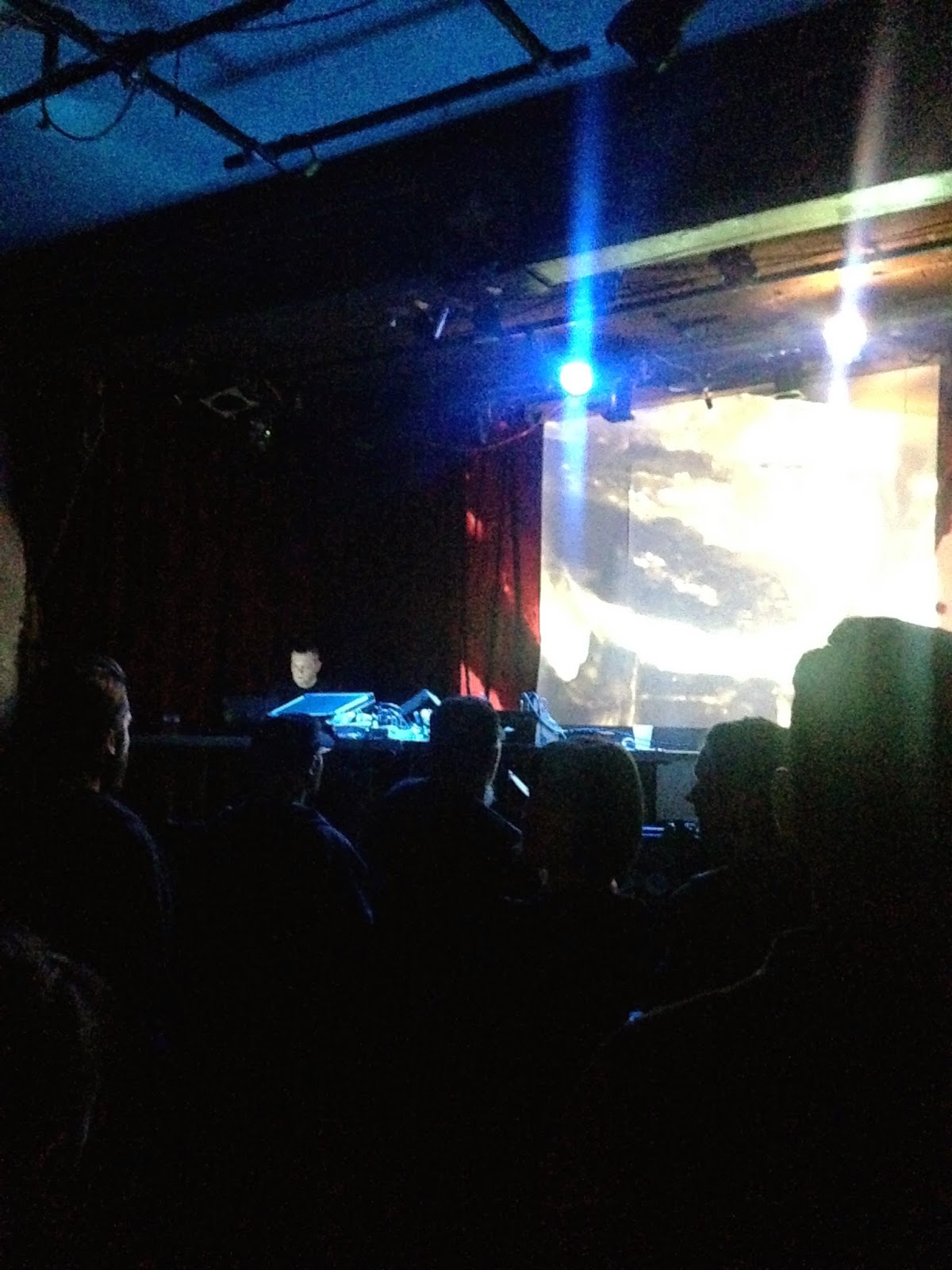 i took a few steps back for raison d'être. [in the direction of the bar -ed.] although logic dictates that peter andersson is at least my age, i was kind of  shocked to see he could easily pass for my kid. the swedish health care system is even better than we've been told. 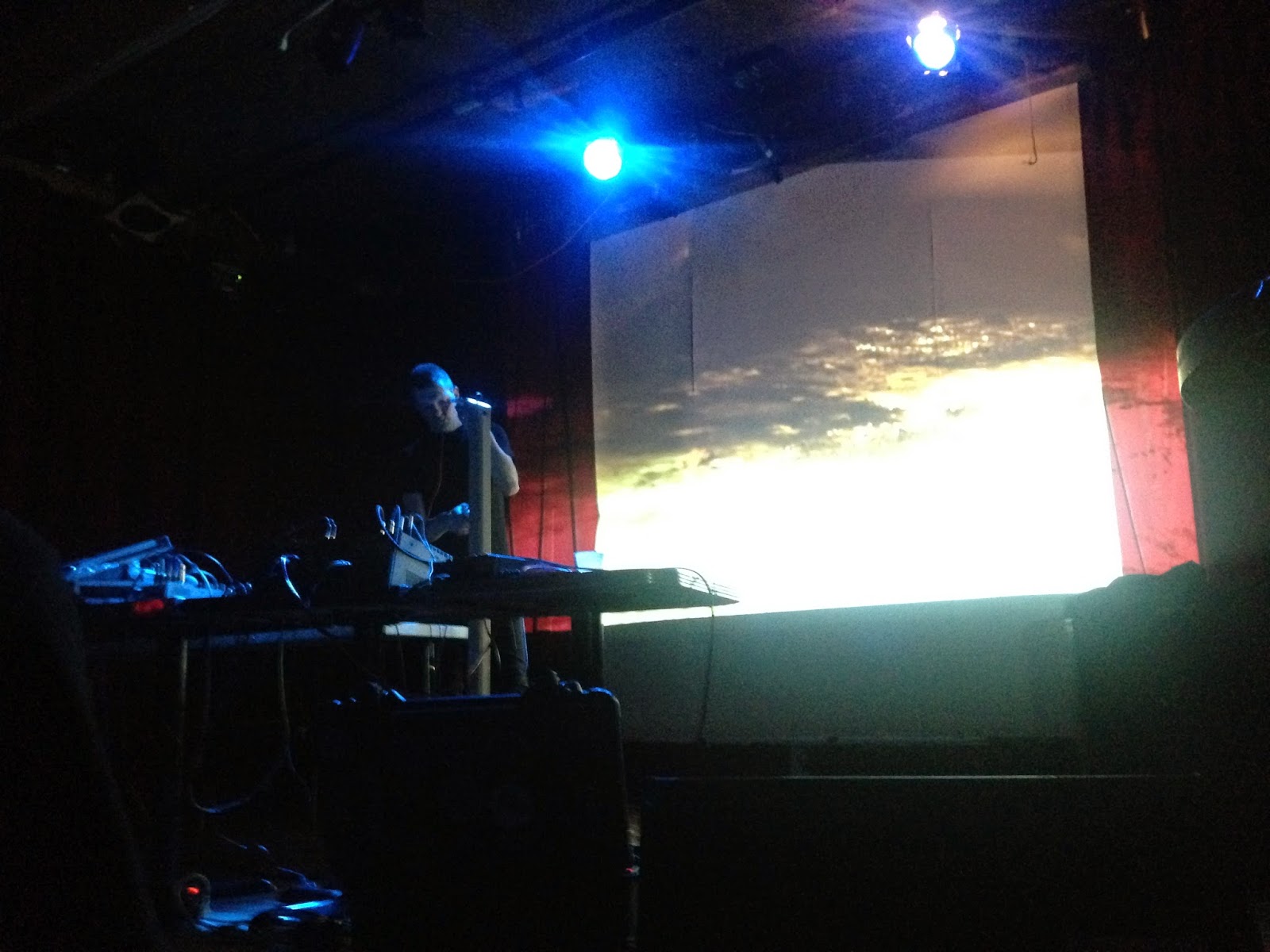 thank you, raison d'être, for providing the obligatory industrial show playing a piece of metal as instrument. 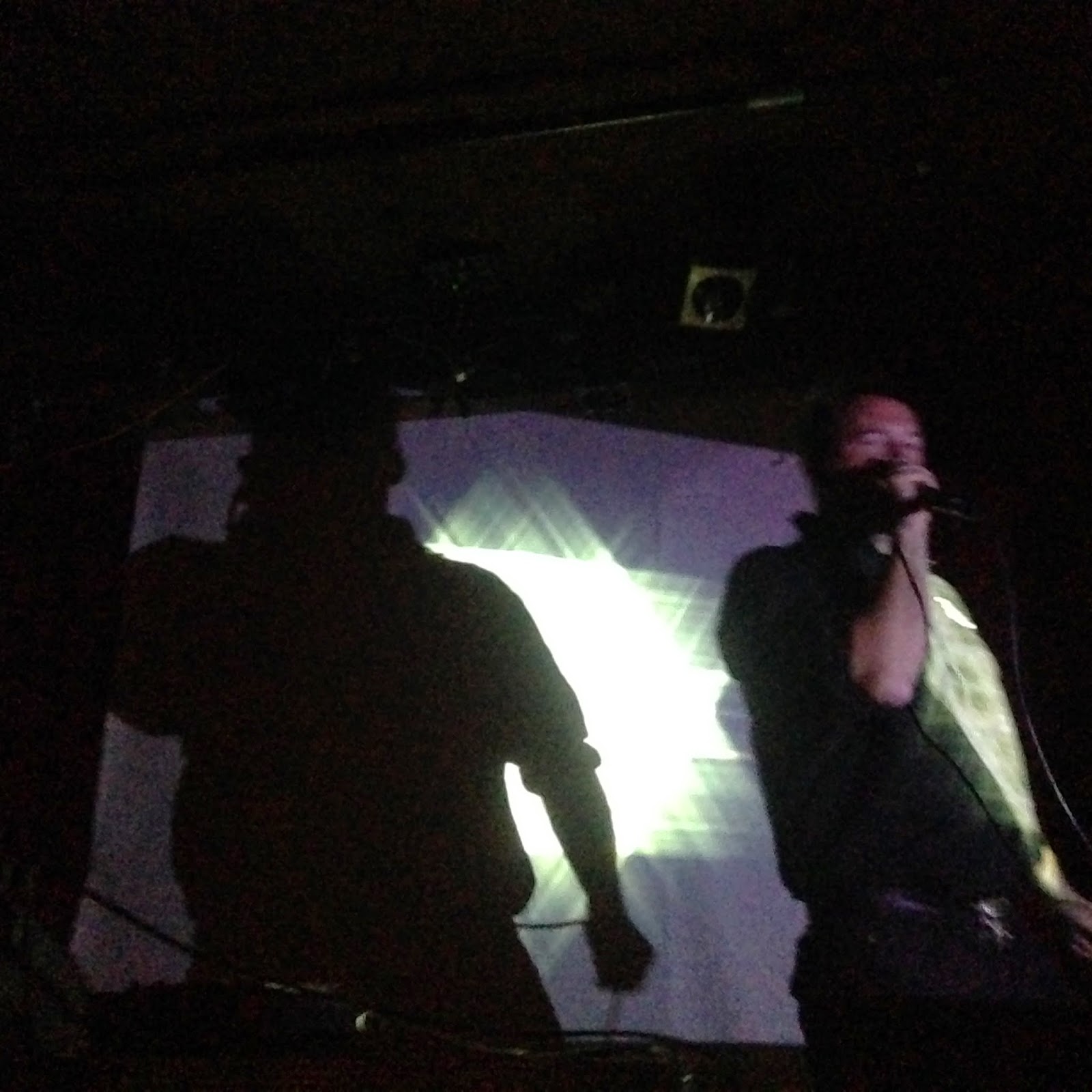 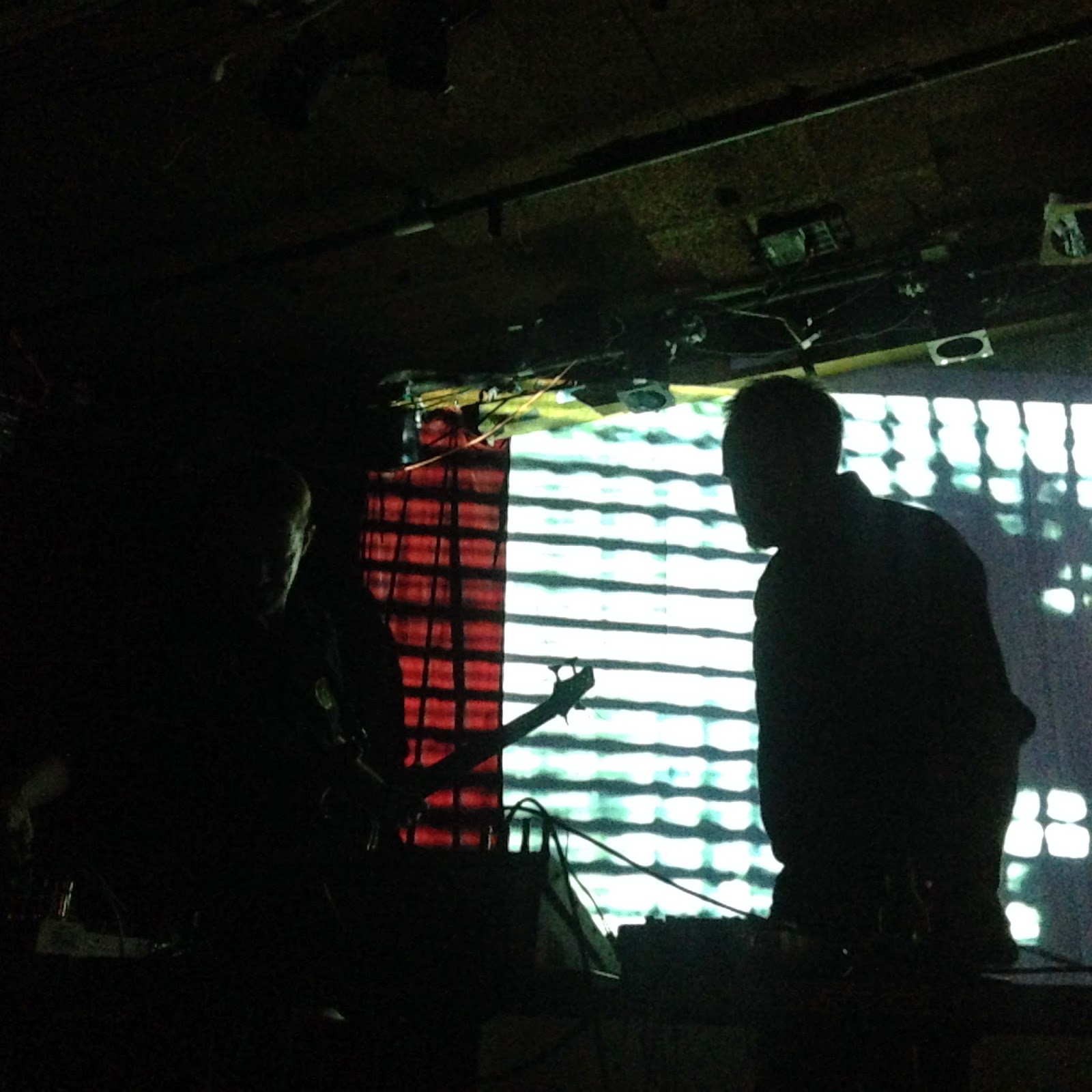 roger karmanik was joined on stage by lina [deutsch nepal] on bass. feel their shadowy menace.

i got this view a lot during the bdn set, when karmanik wasn't pacing, or barging into the audience, or doing unmentionable things with the microphone. if you're going to be in the front of the crowd, be prepared to become part of the show. i highly recommend it. he crouched about three inches from my face for much of "payday", my favourite bdn track ever. for a music fan, there is nothing that is going to compete with that experience. 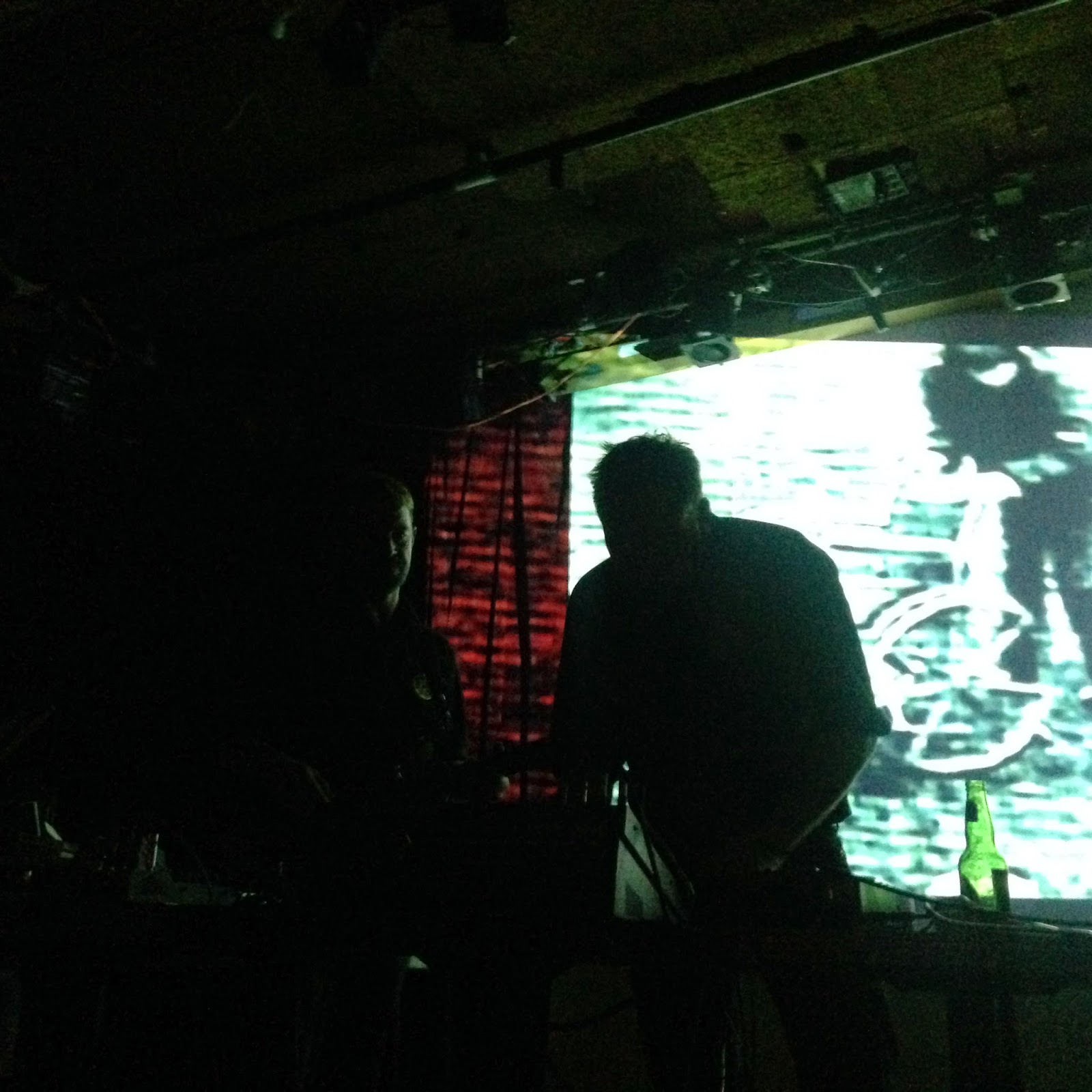 the ending of the show [i don't want to spoil it for anyone who might be going] actually left me and others almost weepy. the bottom line? definitely the best show i've been to all year and probably on my top ten of all time.