won't someone please think of the drunks?

September 14, 2014
in just a few short days [all days are the same length -ed.], scotland, country of at least some of my ancestors, will decide whether or not it wants to end over three centuries of union with england and become a fully independent country. pundits from around the world have weighed in on the subject, especially since the gap between "yes" and "no" support has fallen to nigh on nothing.

as you can see, the unionist cause has been in the process of destroying their comfortable lead for several months, with the two latest polls indicating either an eight-point lead for the separatists or an eight-point lead for the federalists. those are strange results, given that both polls are about the same size and both results are outside the margin of error. i think that the biggest takeaway is probably that scots like to fuck with people and that no one has any idea what's going to happen on thursday, possibly not even the scots themselves.

despite the dire warnings emanating from "no" side proponents, including all three parliamentary leaders of the [for now] united kingdom and corporate heavyweights british petroleum, who took time out from their busy schedule of gross negligence to warn that the oil revenues so crucial to the nationalist financial plan are a short-term boon, the nationalist cause appears not just tenacious, but burgeoning. and just today, the predictors of financial doom and gloom were dealt a serious blow when international bookmakers standard and poor determined that an independent scotland's financial prospects were actually pretty good. 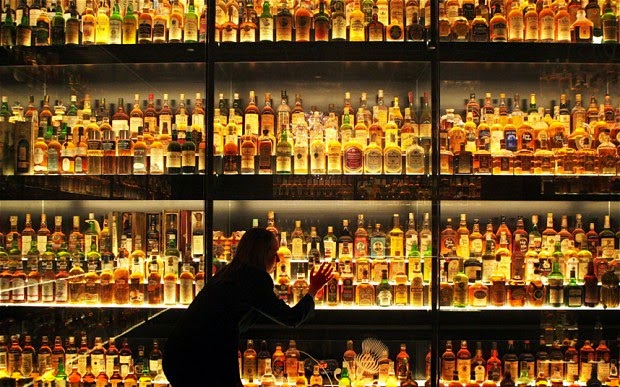 the "no" campaign has been heavily criticized for its scare tactics in the lead-up to the referendum and i can only guess that no one among them ever bothered to look at how such tactics have worked for others. as a "survivor" of such a campaign, my advice to david cameron et al would be to invest in some diapers for the big night, because you are likely to spend several hours shitting your pants while the results trickle in. not only has the "yes" cause shown themselves to be more practical in their financial planning than the quebec nationalists who came within a sigh of winning their battle, but now they have similarly been able to co-opt the spirit of positivity that has been shown across nations to be a powerful motivator at the polls.

my own personal concern is that no one is taking into account the needs of my particular demographic: the international consumer of scotch whiskey. i don't know if scottish first minister alex salmond is taking this as seriously as he should. scotch is, after all, the country's second biggest export and ties into other industries like tourism from people who dream of a land where hot and cold single malt run from the taps. [reality check: they don't -ed.] we are all great appreciators of your independent spirit[s], but when representatives of the industry start going on about possibly crippling increases in manufacturing costs and delays in access to some foreign markets [which ones, mr. salmond- which ones?????], we get edgy. and no one seems to be taking our needs terribly seriously. it's all well and good to say that things should be fine, but i'm far from convinced and if someone like me who grew up hearing about how the evil english basically drove my family from their idyllic homeland, is skeptical of your argument, well, others are going to be in a panic. and international supporters of scottish independence aren't reassuring us. 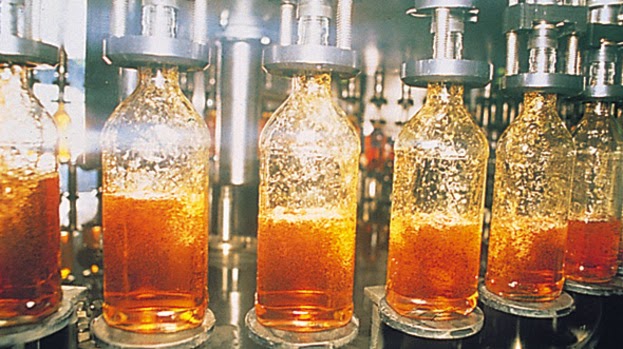 in fact, scotland is in an extremely advantageous position when it comes to plans for separating: it's highly unlikely that they would be denied entry into the european union and the short-term ability of england to restrict scotland's usage of the pound sterling is questionable at best. while it might seem like the country would lose a lot of influence being a tiny fish in the european pool as opposed to a partner in one of its great whales, one of the lynchpins in the nationalist cause is that scottish politics, more progressive and left-leaning, has a lot more in common with that of europe than it does with increasingly conservative england. so they would be trading off a minority role in a union with whom they had profound disagreements for one in a group where they felt more comfortable. do you know what that means to me? europe gets first dibs on the scotch. if the e.u. lets scotland join them [and really, there's no reason for them not to, especially since it would piss england off and none of them really like england to begin with], they will collectively be scotland's best friend plus they're going to want to do everything they can to help scotland's financial prospects just as a way of telling england "haha, we were right and you can kiss our continental butt cheeks". avid scotch consumers on other continents are going to be afterthoughts in this equation and you know what that means? we're screwed.

the referendum in scotland is certainly of interest to other european separatist movements, since it may provide a blueprint for their eventual secession in favour of a larger european "parent"- an affiliation rather than a subjugating nation- but the fact is that none of them has scotch, so their future plans aren't going to impact my life one way or the other. 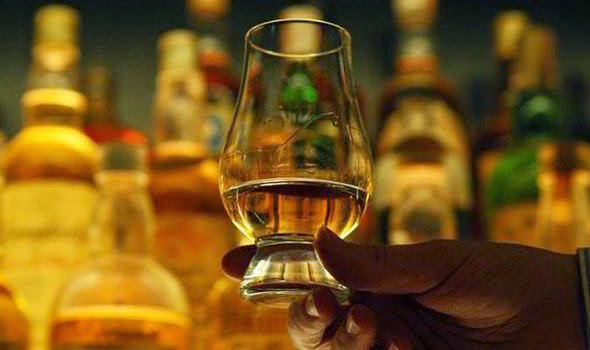 having an ancestral claim doesn't entitle me to vote in the scottish referendum, because as of yet, they haven't gone the israeli route and invited all their tribes in diaspora to make their way home, so i'm hoping i can count on some member of the clan of keppoch to speak for my interests: as destabilizing as separation could be for all concerned, i suspect from what i've read that it could work and though your current level of independence would be envied by other minority cultures, i understand the pain of being a european state trapped in the current political climate of the uk [most quebec residents do]. all i ask is that you consider the needs of your poor cousins who were exiled from the country for no other reason than that we fought for your fucking independence before it was cool. if you keep the pipeline open [not that north sea shite; you should be looking at renewable energy anyway], we will support your noble cause. interrupt the flow and we will end you with blood and fire.

ahem, i mean, good luck with that decision on thursday. i'd like to think that you'll take into account your international obligations.