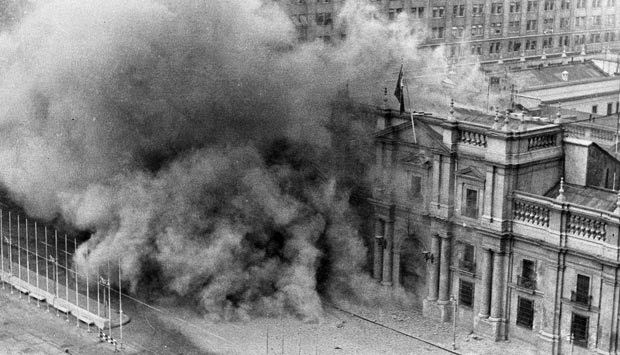 this is a post from back in 2007, as the insanity that was the bush era was falling down around our ears and it seemed like the end of the world was surely nigh.

remembrance is important. there's not enough of it. or at least, there's too much of it concentrated in specific areas, which means that some incidents get over-analysed and distorted, while others are forgotten entirely.

so here's a remembrance of a post i wrote about remembering something that wasn't [and still isn't] being remembered properly.

i've been making my way, with some lengthy breaks, through noam chomsky's latest, "failed states". it's by no means his strongest work, but it does touch on a number of interesting issues, including events surrounding 9/11.

by 9/11, i mean september 11, 1973, when an american-backed coup overthrew chile's salvador allende and replaced him with general augusto pinochet. because we've heard so much about that later 9/11, i thought it would be interesting to share a few facts on the original:

augusto pinochet remained the darling of both ronald reagan and margaret thatcher throughout his reign of terror, something neither has ever bothered to admit was wrong and a travesty of the ideals they purported to defend.