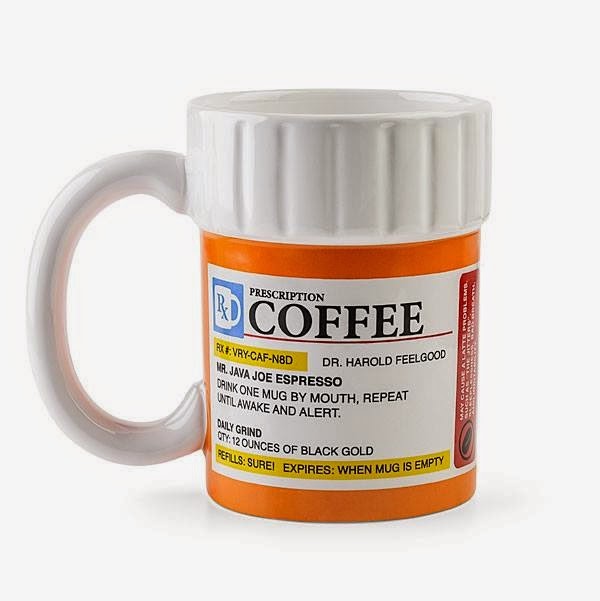 several sources have alerted me to the fact that today is national coffee day. [although really, since it appears to be national coffee day in both the u.s. and canada, i'd say that it's properly international coffee day.] so what better way to mark this glorious day than to have a look at how the best beverage ever in the history of the world connects to our psychological well-being?

you might think that this link is a bit tenuous. after all, coffee drinkers are forever portrayed as tense, angry, tightly would and moody, all of which are pretty seriously bad signs when it comes to mental health. but the fact is that the vast majority of north americans drink coffee and the vast majority are not high strung stereotypes with a throbbing nerve in their neck. in fact, they might be a little better off than the rest of us.

now, as far as i'm concerned, coffee is great for health in general because drinking it probably stops me from going on killing sprees. i don't even try to hide the fact that it is an addiction, not just a charming habit. trust me, caffeine withdrawal happens quickly when you haven't had your fix and it can put you in some serious pain. but as addictions go, it's on the milder side and there's little evidence to suggest that caffeine can cause problems, although it can certainly make existing problems [e.g. high blood pressure] worse.

but now, there is research to suggest that coffee might be beneficial for mental health. it turns out that coffee, unlike a lot of drugs, can cross the blood-brain barrier, which is like your own internal great wall designed to keep certain things out of the command centre. we consume coffee because caffeine inhibits a neurotransmitter in the brain that makes us feel fatigued, but while it's there, caffeine also tinkers with other neurotransmitters like serotonin and dopamine, both of which are understood to affect mood. [note: the linked article says that the serotonin theory of depression has been debunked. i wouldn't go so far, but it is something that has been addressed in a previous mhm instalment.]

of course, coffee isn't a problem free beverage, since caffeine has been recognised in the latest iteration of the big book of crazy [the dsm-v] as causing mental disorders. since it is a drug, and an addictive one at that, it stands to reason that sudden withdrawal will have an affect on the brain. but what we're learning now is that there may be no reason for most people to stop their caffeine intake [or, if you're consuming four cups a day or less, even to reduce it] and there may be benefits to adding one little vice to your life. shall we toast with a lovely mug of jamaican blue mountain?

note: that wonderful image at the top of this post is an actual thing. you can own it for a cheap $10usd! available from the always enchanting think geek. [non-affiliate link.]

also, we'd like to send out a big mental health mondays happy birthday to arsenal player per mertesacker. the man affectionately nicknamed the "big fucking german" [he stands six foot six] was apparently deeply affected by the suicide of german national teammate robert enke in 2009 and has shown his respects by organising charity events to raise money and awareness for those dealing with depression. mental illness is even more stigmatised in the hypermasculine world of sport than it is in general, so it's great to see a high-profile athlete [part of this year's world cup winning squad!] speaking out.

p.s. :: i also realise that's the second time in a week i've mentioned an arsenal player. i'm not getting paid for that either.

Bellyhead said…
Coffee makes me happy. That is all.
8:27 PM