i need to be happy with the man i am

September 20, 2014
as i previously posted, i found out on the internet that i'm apparently a man. this came as a bit of a surprise to me and dominic still doesn't seem to accept it, but dozens of ukrainian ladies can't be wrong, right? i continue to get emails from lots of them saying that they never approach men on the internet, but that they felt that i was different. [they're not wrong about that. -ed.]

i thought that the first question was some sort of survey like "how do you happen to become or feel sexy?" until i realised that her excitement about contacting me was such that she'd omitted a comma. hey, at least she got "you're" right.

of course, i don't remember her from facebook, probably because we've never encountered each other on facebook or anywhere else. how do i know this? because she seems really excited about the prospect of giving me a blow job and even a quick glance at me would be enough to let her know that that plan just wasn't going to work.

but immediately after i started receiving her messages, i got this one:

so maybe the problem is that i haven't noticed that i'm a man because i haven't taken these pills? is it possible that adriana and her ukrainian friends know something that i don't? am i just a man with exceptionally little to brag about? to be fair, the increase would have to be amazing for me to pass as male and there are still a couple of things that i'd have to explain, but hey...these sorts of things have to be regulated, i'm certain...

then i realised that i'd feel a little more comfortable about the whole thing if that name didn't look suspiciously like something from an ikea catalogue. 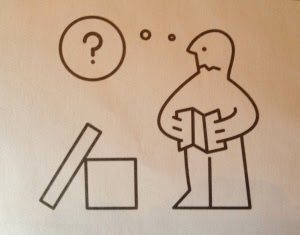 i don't think i ever got the right number of screws with my bënno cabinets and there are certain places where an allen key just shouldn't go.

so whatever the promise of those pills, i'm afraid that everyone will just have to take me as i am. and they'll have to explain what that is to me, because by now even the basic stuff has got me confused.