making faces :: in the moody 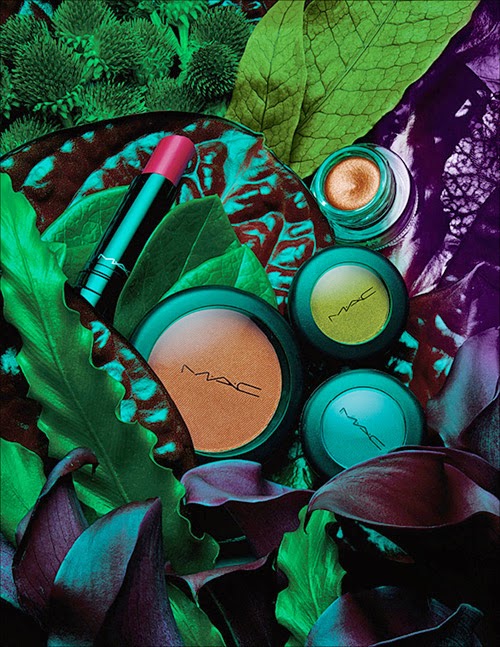 mac launched a collection called "moody blooms", themed around images of hothouse style flowers and jungle canopy. this is actually their second floral-themed collection of the year [spring's "fantasy of flowers" came out earlier] and does a nice job of capturing the deeper, more exotic, indeed moodier side of a floral palette.

i personally haven't picked up anything from the collection, however that's only because my stash of mac products is so unwieldy that i determined that i already have everything i need to reproduce the shades they have on offer [including two permanent products that are featured in the collection]. that doesn't mean that you shouldn't feel free to indulge, though, especially since some of the products are so especially lovely. the shadows in particular are very nice- the sort of unusual colours it's harder to find among prestige and high end brands.

a long time back, i posted a look that i felt nicely duplicated the effect of nars "cap ferrat" eye shadow trio. this is something that falls into the same category, since i've used mac products that duplicate [or could be replaced by] products from the moody blooms collection. two of the products in the collection, as i mentioned, are permanent at mac stores already and have previously been reviewed on the blog [links included]. 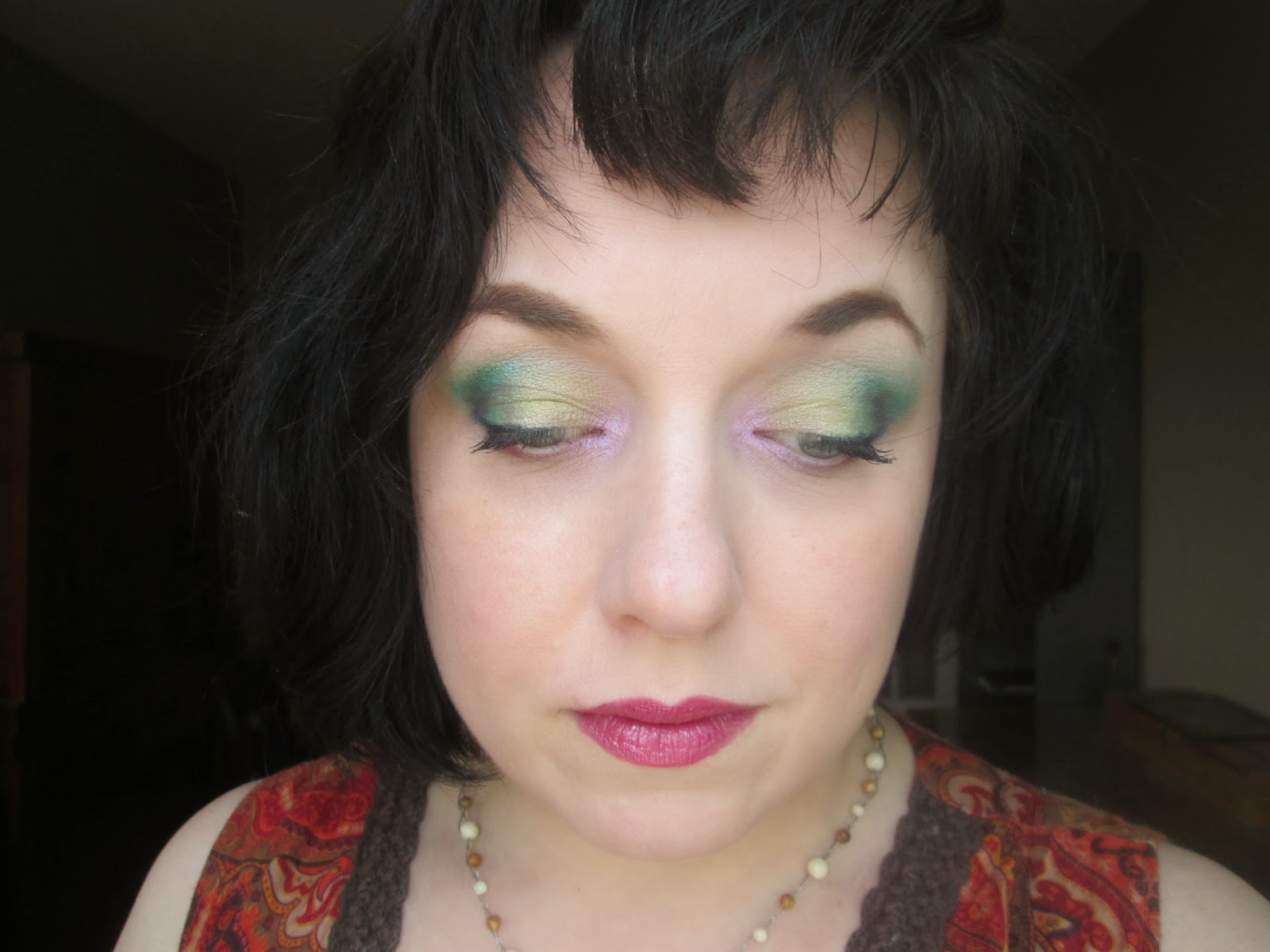 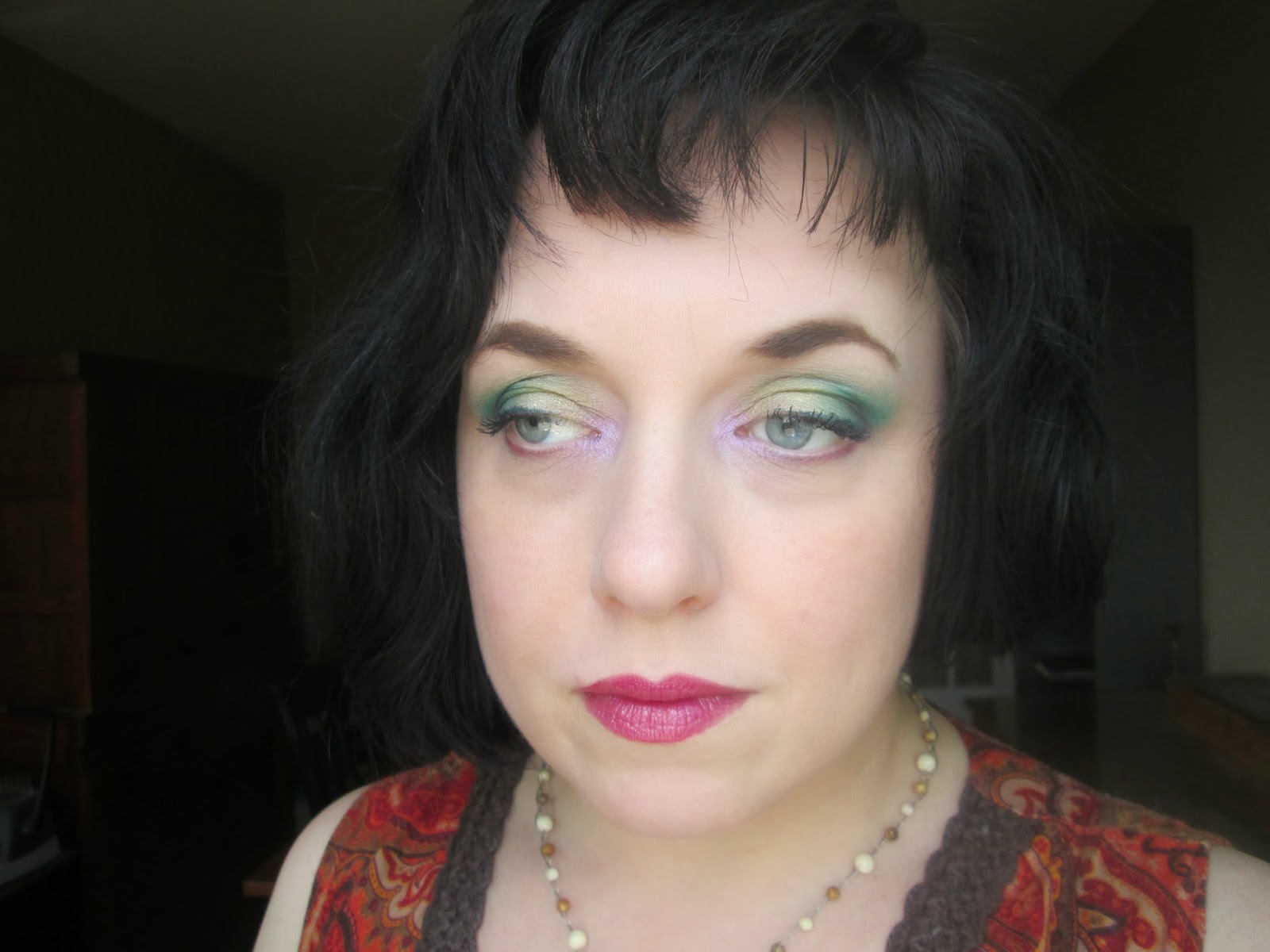 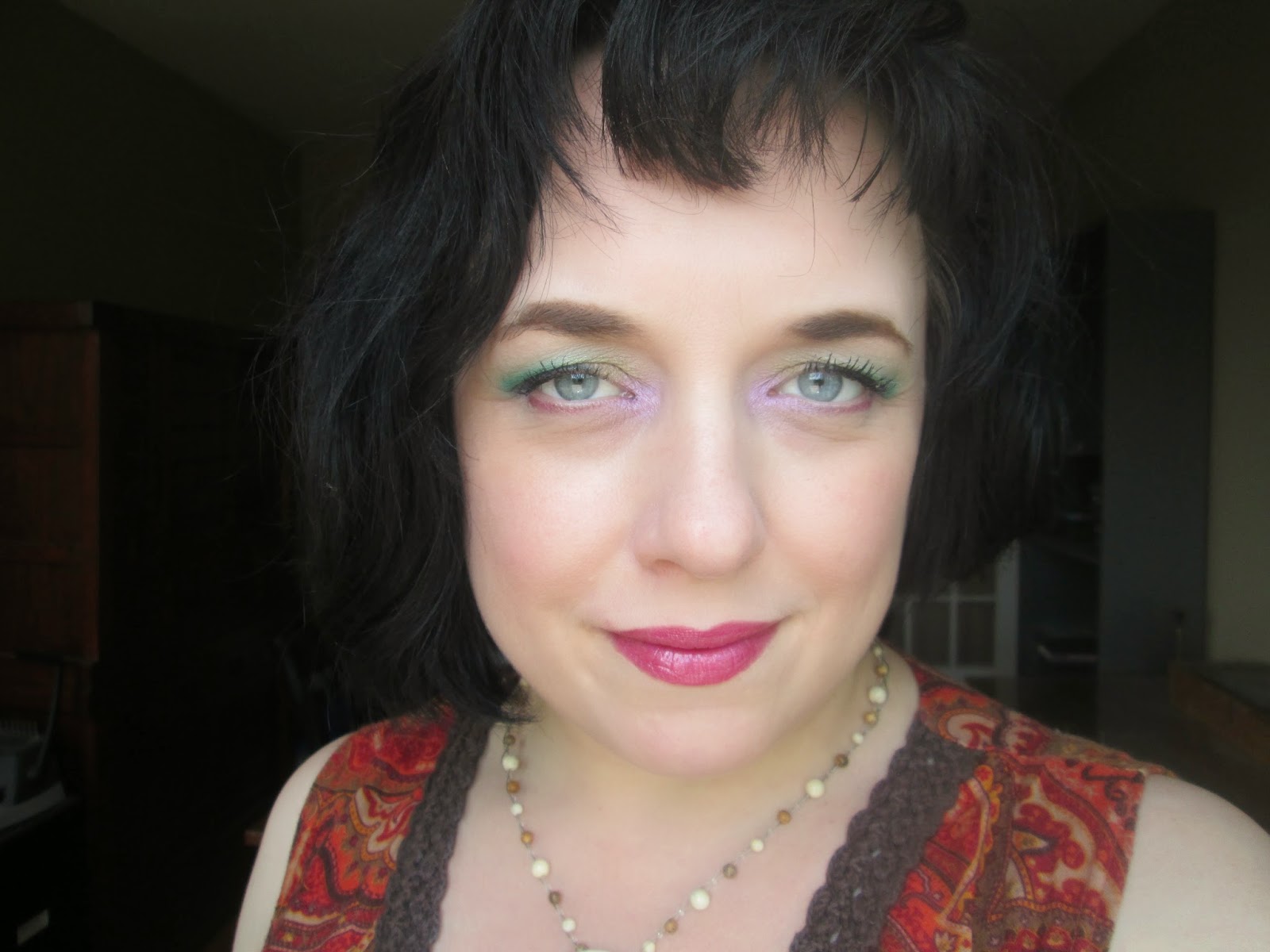 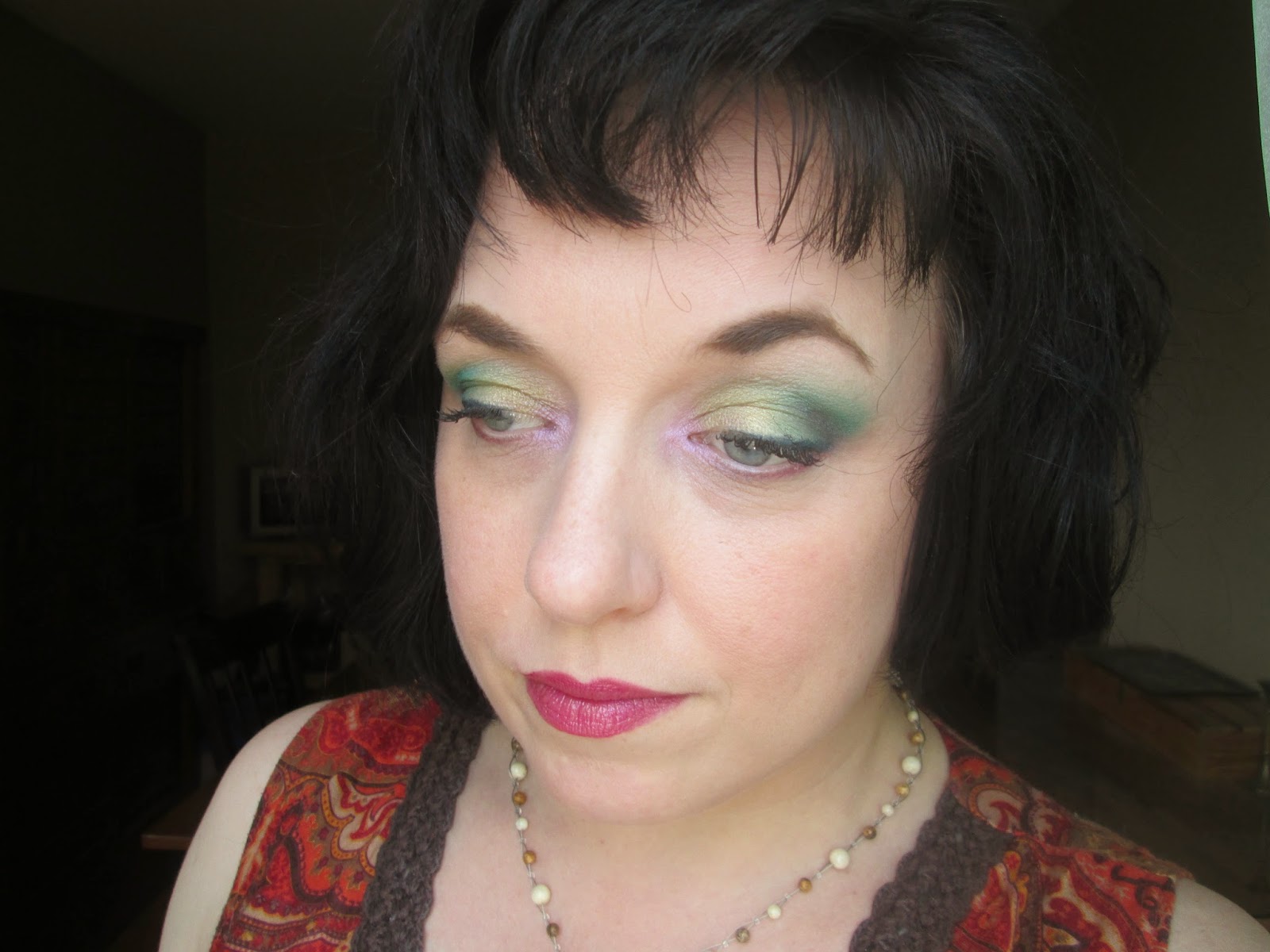 the cheeks ::
ahem... seem to have forgotten to write that down...

the lips ::
mac sheen supreme l/s "quite the thing" [permanent]

there are several sheen supremes available with this collection, in shades that range from nearly neon to sultry. i personally find the formula is hard on my lips, but a lot of others don't, and if you fall into the latter category, there are some lovely shades to check out. i will say that i think "quite the thing" is the nicest among them, which is why i continue to wear it despite its somewhat drying effect. it's a red-purple with blue-magenta sheen. super-pretty.

summer collections generally fall into two categories: bold and bright or barely there. it's nice to see that mac has taken a different approach, emphasizing the torrid and tropical. who new that hints of equatorial heat could be so refreshing?

the moody blooms collection has been out for a few weeks now, but unlike most limited mac collections, none of the items seem to have entirely sold out as of today.