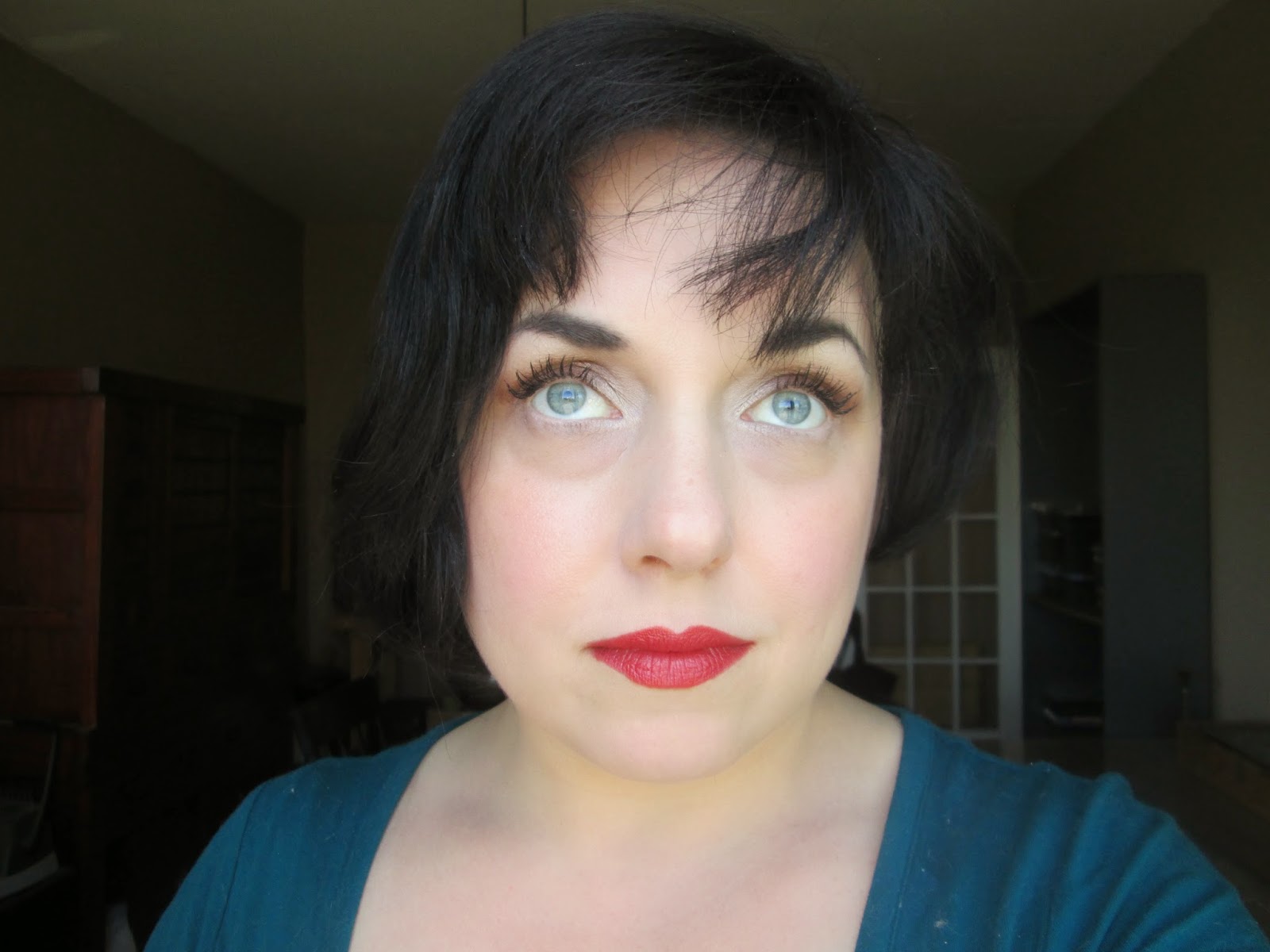 although i love to play around with colours, i have to admit that i'm pretty stodgy when it comes to the actual placement and technique i use. i've been employing the same basic structure of which shades go where for my entire makeup-wearing life. i'm fortunate that the internet came along specifically to rescue me from the cosmetic doldrums by allowing me to see different things that other people do that would never have occurred to me on my own.

one of my favourite places to check for technical assistance is the archive of awesome magazine posts from kate at drivel about frivol. i find that the asian publications she features tend to have looks that are different than what you see from north american or european mags, without going into the costume-y range of those directed at professional makeup artists. they're also a boon for me since i have hooded lids, so colour placement designed for asian eyes often is something that i can easily adapt.

i believe it was through her blog that i read about a new trend of applying white or a very light colour under the eyes, although i can't find the post now. [a better blogger would have made a note when she first saw it -ed.] the idea is to brighten the area immediately under the eye: not just the lash line, but the entire "pad" of fat and muscle that sits atop the orbital cavity you probably know better as the bag of the eye. conventional wisdom has it that if you put anything in that area, it should be smudgy liner, but apparently some women have discovered that adding a bright highlight helps one look fresher, younger and smoother. i'm all for that.

you can use cream shadow or powder, or a combination of both, depending on how noticeable you want the effect to be. powder on its own will be the softest and subtlest. if you want something flashier, you can combine a cream shadow with a sparkly powder. doing it this way, of course, will negate any possibility that the look will be mistaken for natural, however. playing around with it at home [and even allowing myself to leave the house if i'm satisfied with what i see], i'm surprised at how very natural this can look and what a remarkable difference it can make.

you can see the results of my first experiment in this post, actually. i applied dior's icy lilac "celeste" along the lower lid. it's obvious enough when you see a still shot close up, but it was really more of a hint of colour in person. and i was pleasantly surprised that my eyes did look less fatigued. i'm prone to dark circles and the crows have long since left their footprints around the corners of my eyes, and i found that having a bright highlight along my lower lid distracted from both issues. this was particularly noticeable to me when i caught glimpses of myself throughout the day. i always looked more lively than i normally do and it made me wonder what i'd been up to, until i remembered it was makeup.

here's another look at the same technique, but using a matte powder shadow [inglot 351] on the lower lid. i wanted to see if using a yellow-based tone would have more of an effect at masking the dark circles than a cooler shade like "celeste", but it didn't. i'd say that they were both equally good at making the discolouration less obvious but not entirely invisible. 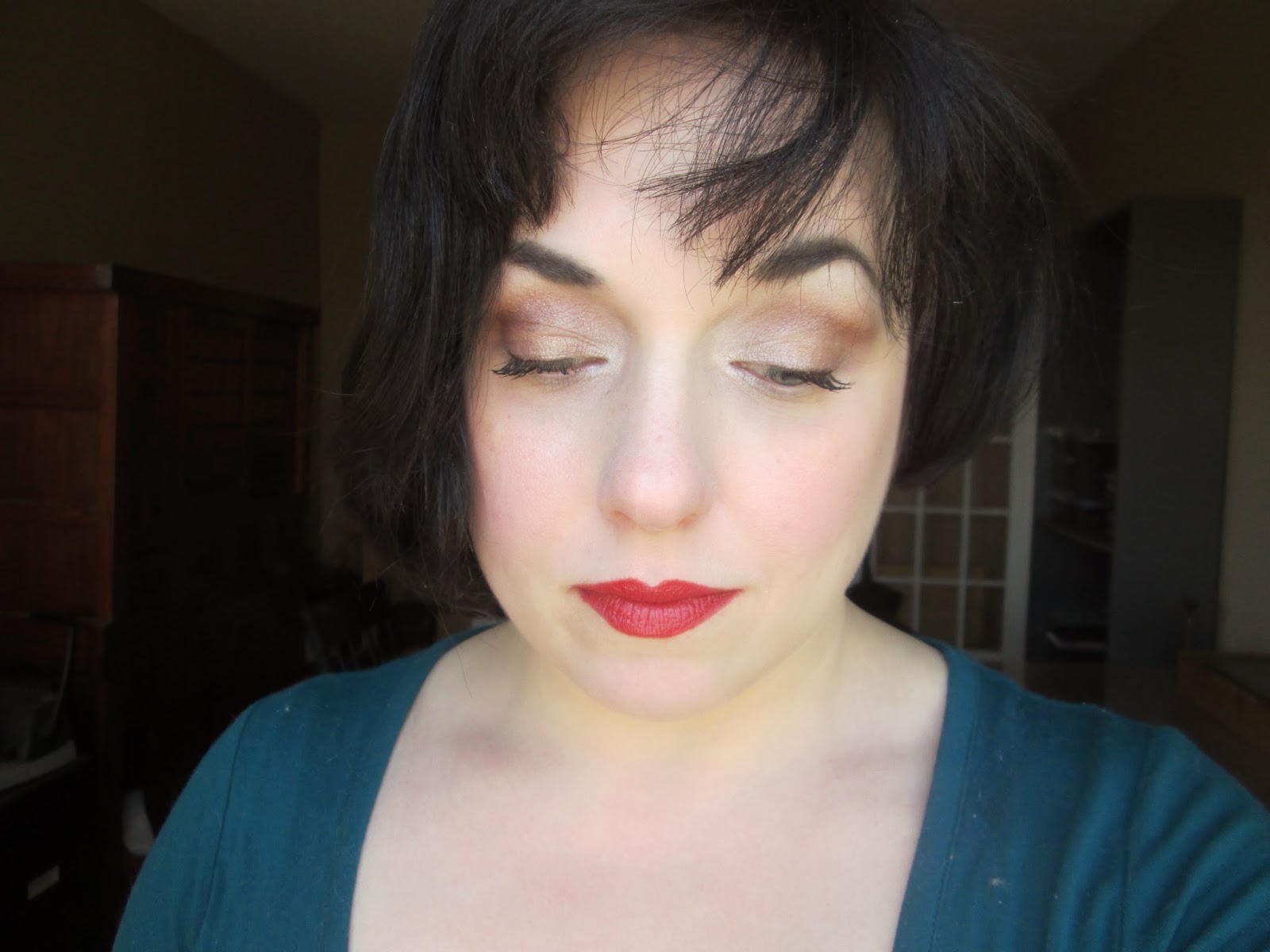 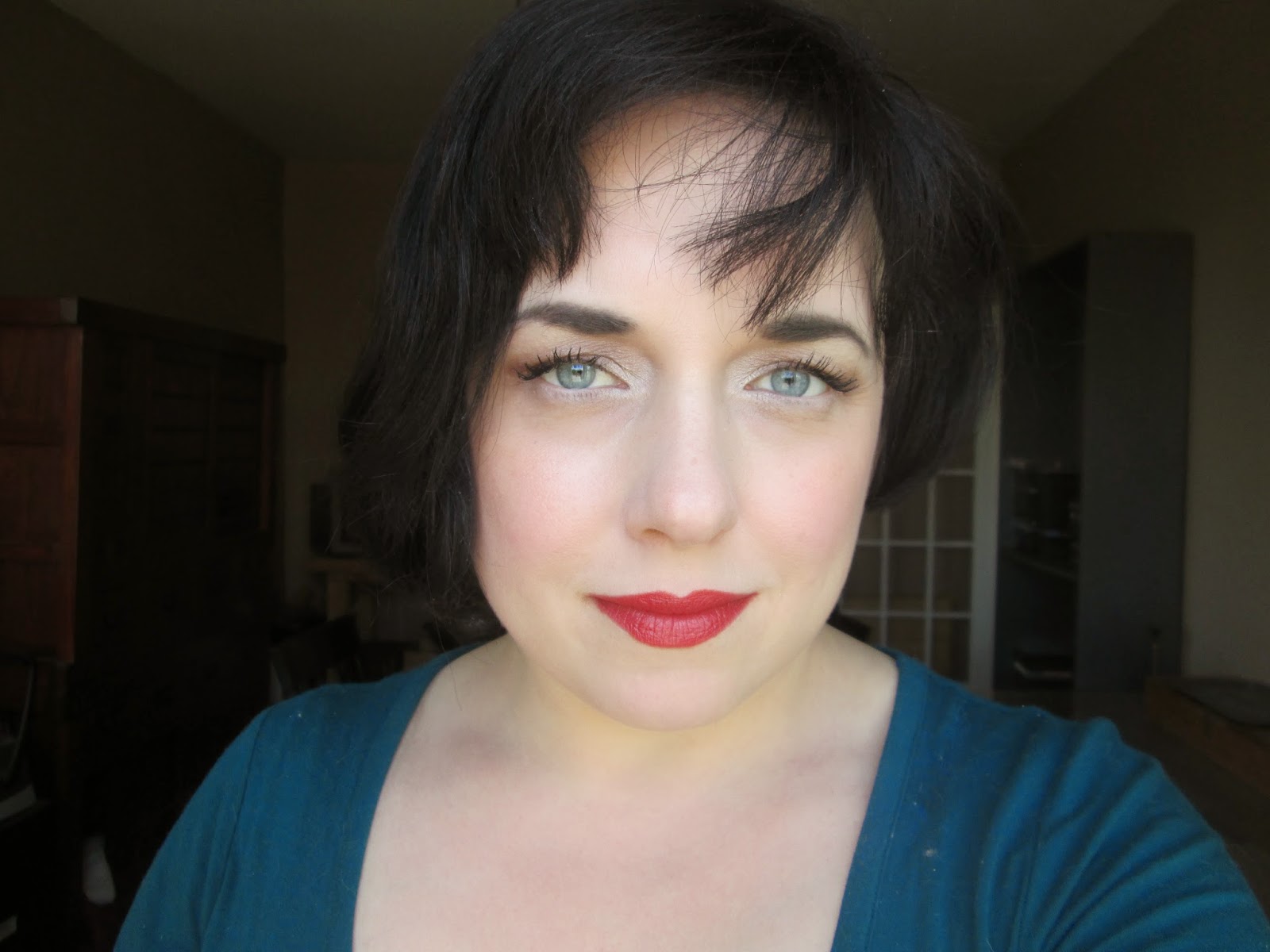 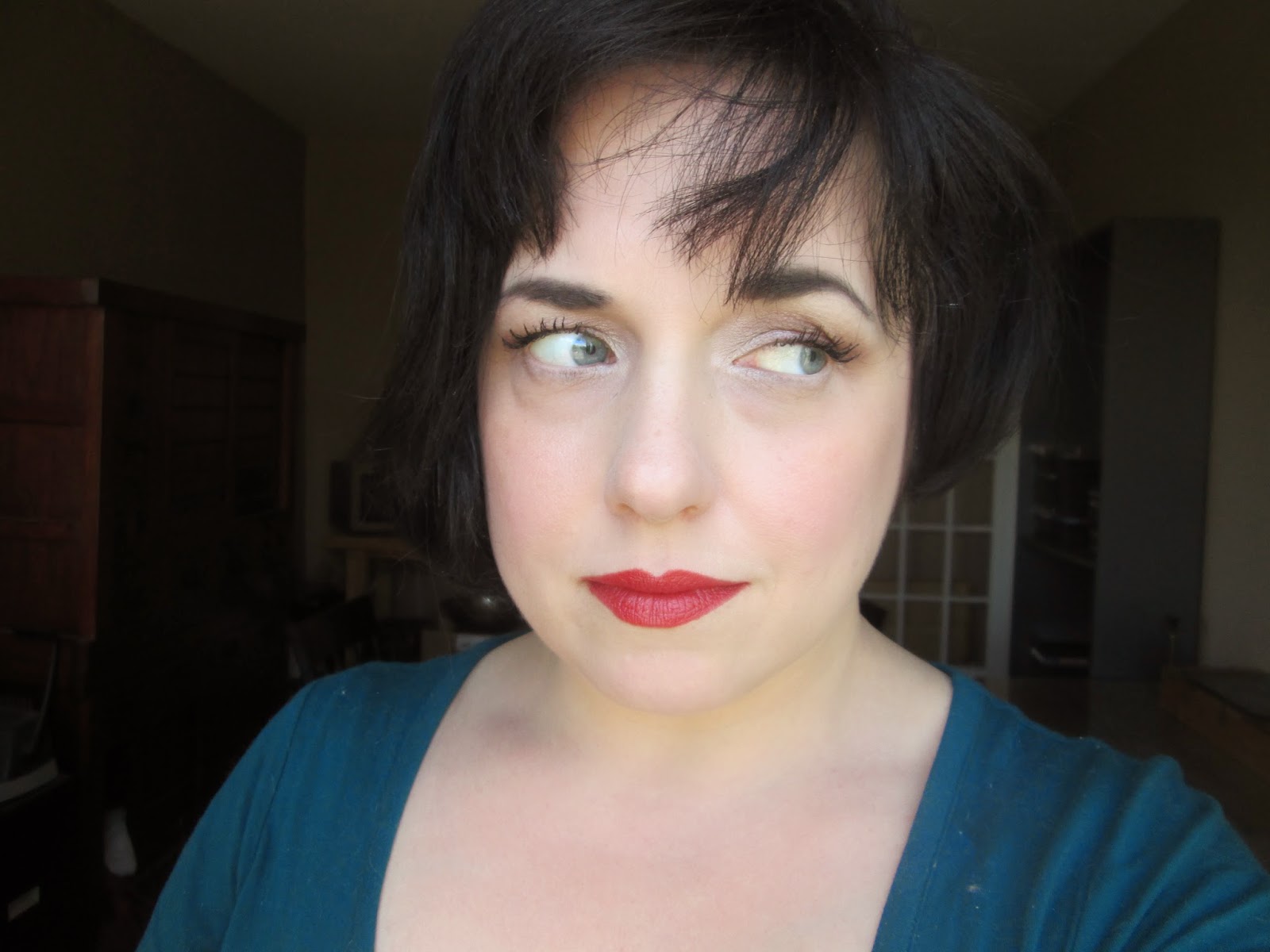 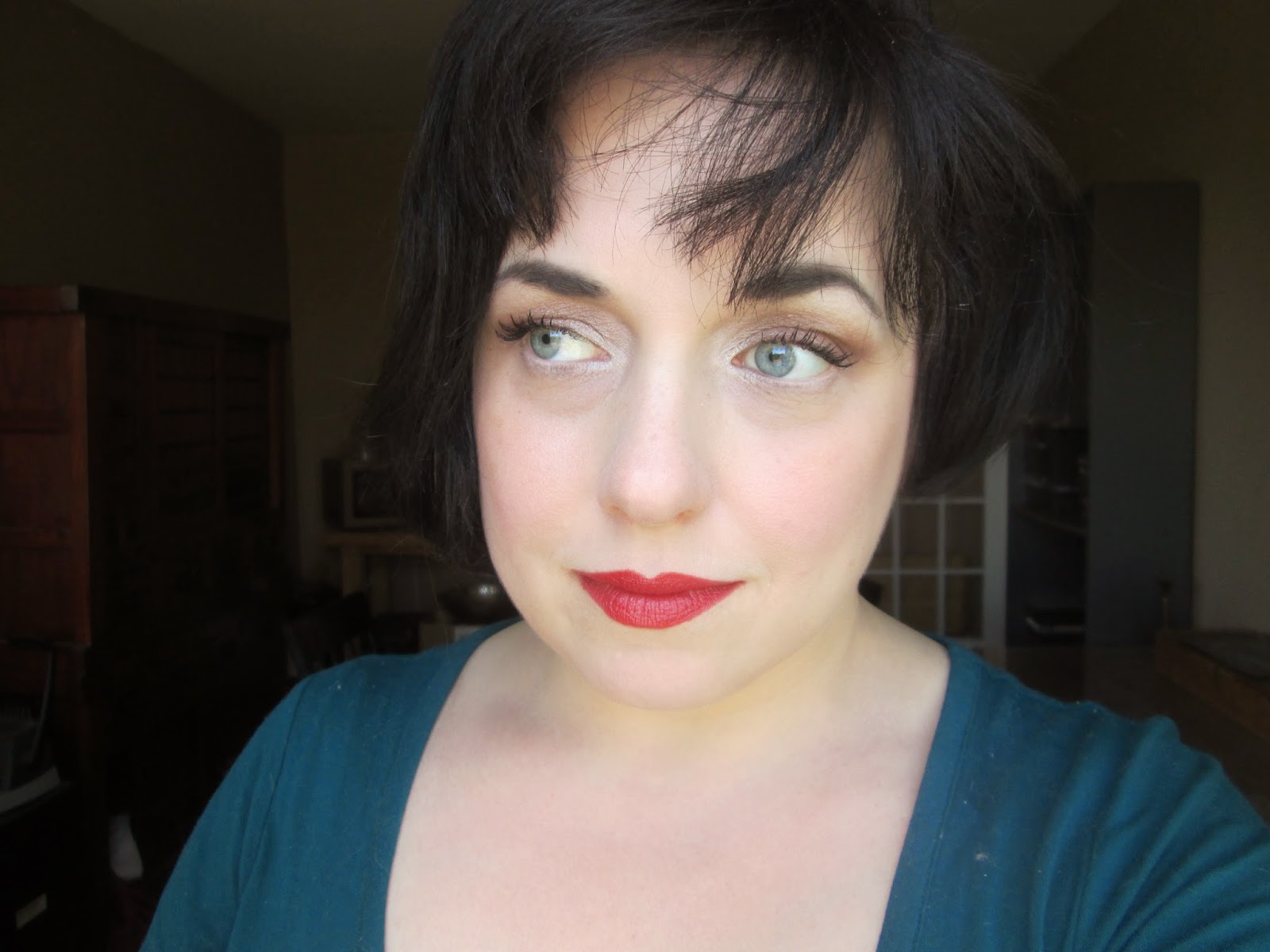 everything here is very simple and quick to apply. here's what was used:

*suggested alternates :: manila paper = mac dazzlelight [less yellow]; blush g = benefit bella bamba [more shimmery, warmer]; gardner = guerlain gisela [i've not personally swatched them side by side, but i'm told by people who have that they are identical]

you can see in the photos [click on them! they get bigger!] that i've used the more shimmery highlight, "manila paper" all over the inner corner, including the inner part of my lower lid. the inglot shade, which is doing more of the practical under-eye highlighting, goes from just beyond the inner corner all the way along the lower lid, almost as far as the outer corner. i used the concealer pencil along the lower water lines. i highly recommend covering the water lines with something pale [that mufe pencil has been a staple for me for years], because applying a highlight underneath can cause the rims of the eyes to look red by comparison.

aside from having to conceal my rims, which i often do anyway, the only thing i found a bit finicky about this technique was i thought that it made the whites of my eyes a little yellower. that's not surprising, since putting bright, clean shades next to anything will have a tendency to make anything not a stark white look a little dingy. it was a subtle difference, but it was definitely there.

so is this a look that you'd want to try out? any other techniques you've learned that have allowed you to make magic? feel free to leave a comment.

auxiliary beauty said…
This technique looks great on you! It really lights up your face. I've also learned a lot from Kate's posts on Asian beauty trends.

One eyeshadow placement I picked up from beauty blogs is a medium or dark shade all over the lid with a lighter highlight shade in the very middle, instead of the inner corner. So simple, yet I never would have thought of it myself. This tends to suit me better than the conventional light inside/dark outside placement, which is meant (I think) to make eyes seem farther apart. My eyes are already very far apart and, if anything, need to be brought closer together!
7:06 AM

morelikespace said…
Glad you liked it. I wouldn't have imagined that such a simple trick could make a difference, but that's why it's nice to try.
I agree with you about the light in the centre of the lid- it really shapes the eye nicely. I like combining that with an overall smoky look.
9:59 AM

I like using a highlight shade with micro glitter to mask dark circles instead of concealer. Have yet to find a good concealer that doesn't slide off.
2:52 PM

morelikespace said…
I'm going to remember this technique for when I have to disguise some night before shenanigans, for certain.

I've pretty much settled into a long term relationship with Nars Radiant Creamy concealer after many years of playing the field. It does seem to last on me, better than any others, although in the current heat wave we're experiencing, there really isn't anything that lasts longer than the time it takes to put it on. >:-0
9:58 PM