making faces :: the extremes of ellis 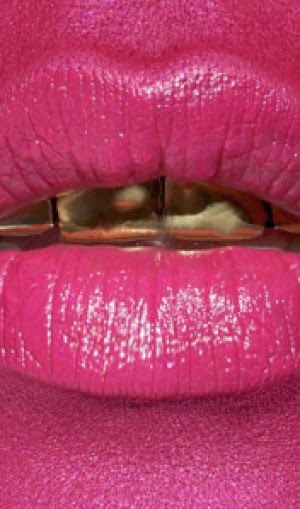 a few weeks ago [over a month ago -ed.], i promised a review of some new ellis faas products that i'd got my hands on. yeah, i ended that sentence with a preposition and i'm going to carry that knowledge to my grave, but it just felt better than saying "on which i've gotten my hands", which sounds retarded. and no, i don't mean retarded in the offensive, mentally challenged sense. i mean retarded in the "too stupid and slow to keep up" sense, which was always the sense with which it was employed [see what i did there?] in my youth. and all that is an extremely lengthy way of saying that this is the promised review of ellis faas products.

i picked up two shades from their web site: one of their new "hot lips" lipsticks in l403 and one of their creamy eyes shadows in e117.

the hot lips shades are a new formula, based on the existing "creamy lips" formula, but containing incredibly high levels of pigment in colours that venture well outside the "natural colours" realm of other ellis products. these are super-saturated, neon-bright and wild. there are a few shades that feel just a bit more natural [the higher the shade number, the more natural the colour], but the ones that will garner the most attention are those that are bold.

the one that i ordered, l403, is described as "bright fuchsia". yup, that's a pretty fine description. it's fully opaque with just a light application and offers an incredible pop of colour. it's a, intense, cool fuchsia-pink that lasts a long time on the lips and fades to a still-bright stain after a few hours. it can leave behind the ring of shame around the lips, but it depends largely on what you're doing. because it's quite creamy and doesn't ever dry to a true, lip cramping matte, you have the option of wiping it off and reapplying after a meal. the formula is most similar to the armani maestro liquid lip colour, in that it's very opaque, but doesn't become rigid and drying. i experienced some minimal feathering when i reapplied after a meal. my advice to avoid this would be to wipe your mouth very carefully and make sure that you don't have any residual oil around your lips. that's what causes the bleeding.


l403 is deeper than most fuchsia shades in my collection and cooler as well. the closest one i found was mac "scandelicious", another liquid lipstick, which is not quite as opaque or as cool.

as for the eye shadow, e117, this was my first experience with an ellis faas shadow other than their "lights" formula of sparkly, metallic-finish products. all i can say is "more please". e117 is described as "mint green", but in truth it's a muted mint with a slight grey cast, more neutral than pastel and more adult as well. as someone who has trouble wearing brighter pastel shades, i love the fact that this one is "dialed down". in fact, all of the pastels from ellis faas seem to share this quality, which just makes me want to order more.

the formula applies perfectly- even distribution and layers nicely, so you can go from a soft wash to opaque in two coats. you have enough time to blend with other shadows, but it does dry fairly quickly, so if you want to really mix colours, i'd recommend doing one eye at a time.

i didn't have a good comparison for the shade, which is like a foggy sage green. it's a unique colour in my collection and one that i can see getting a lot of use.

one of the great things about ellis faas shadows is that they work well used on their own, or as a base for other colours. i loved the idea of adding neutrals over this shade and here is the result. 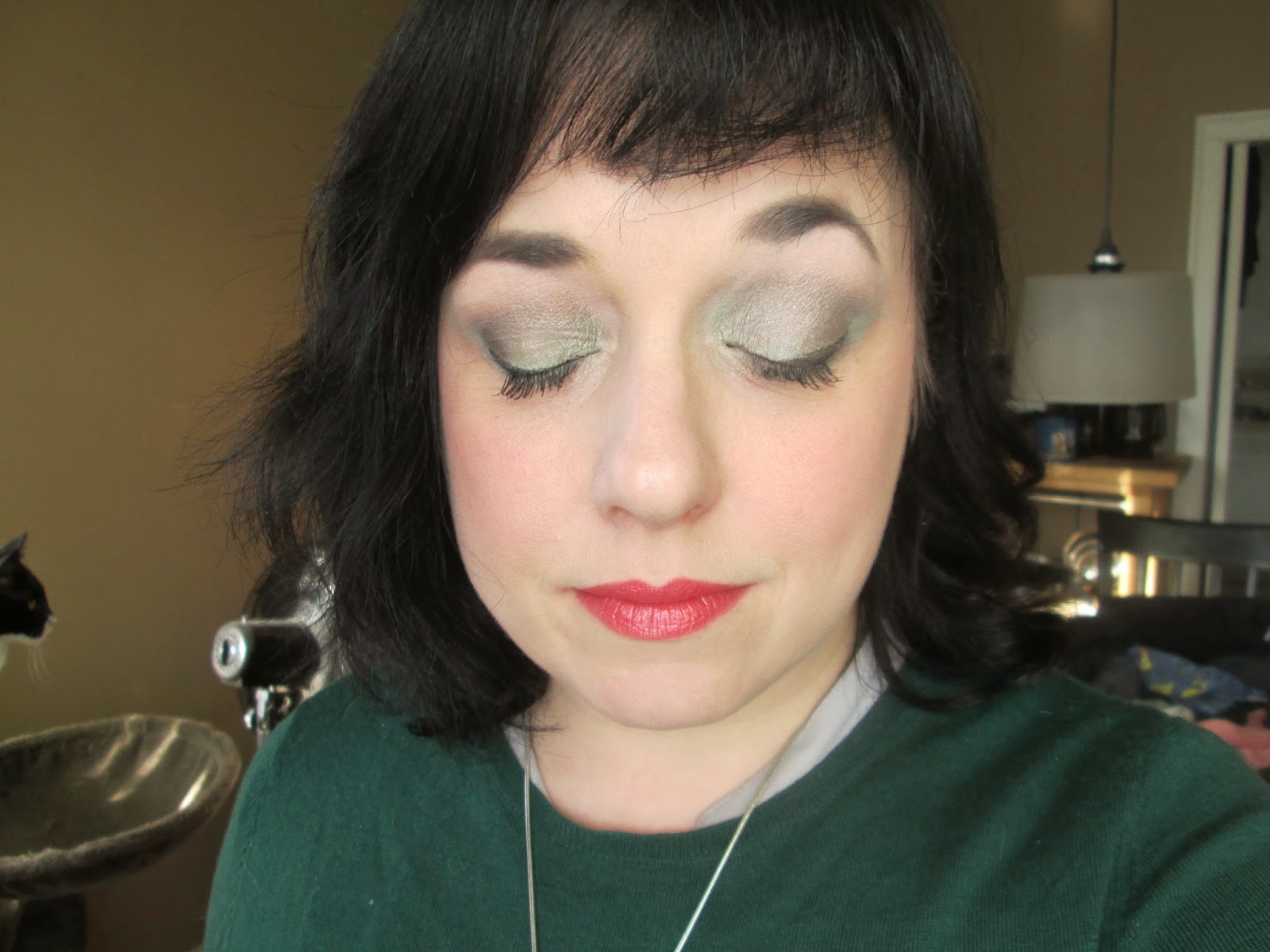 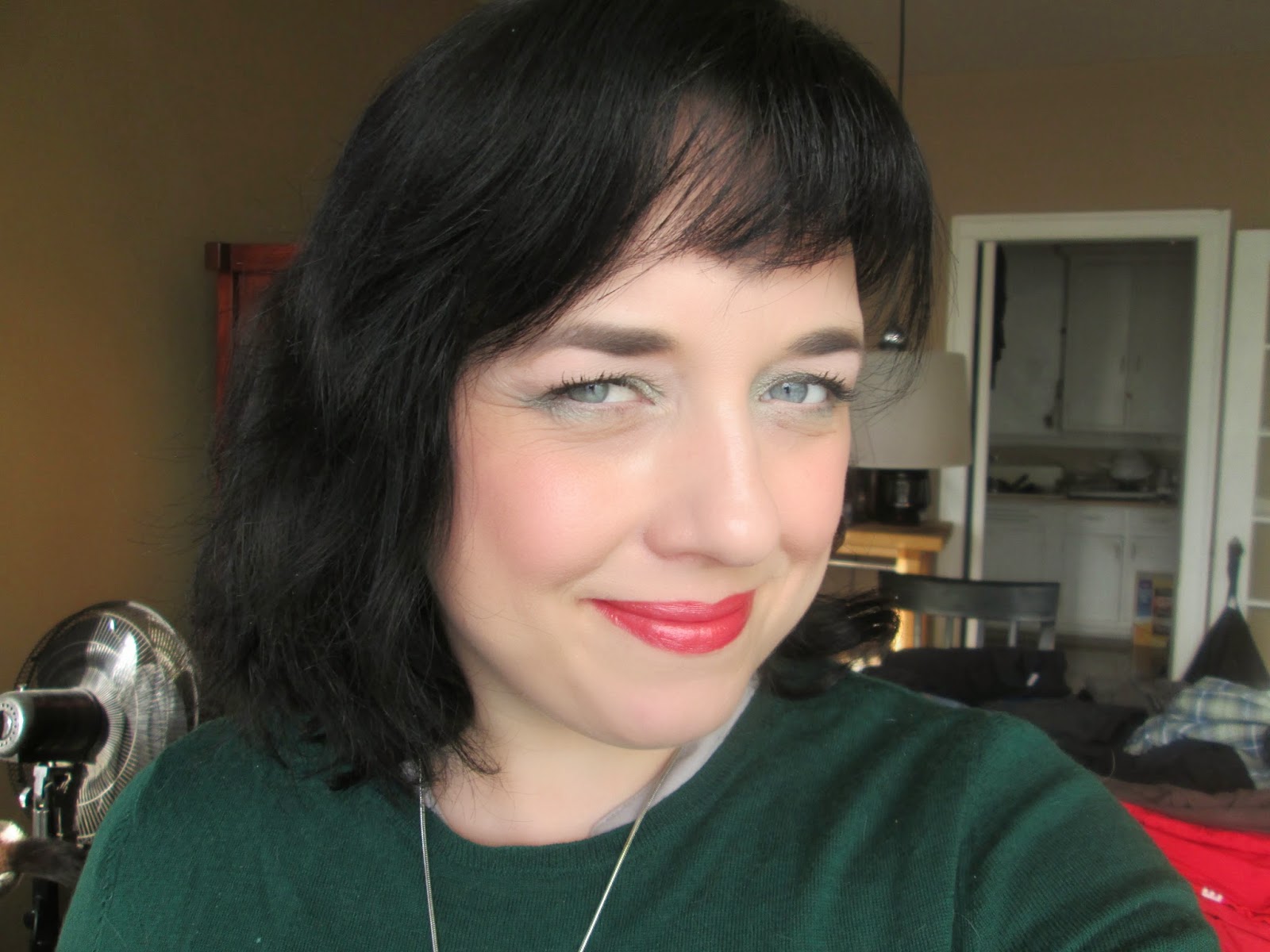 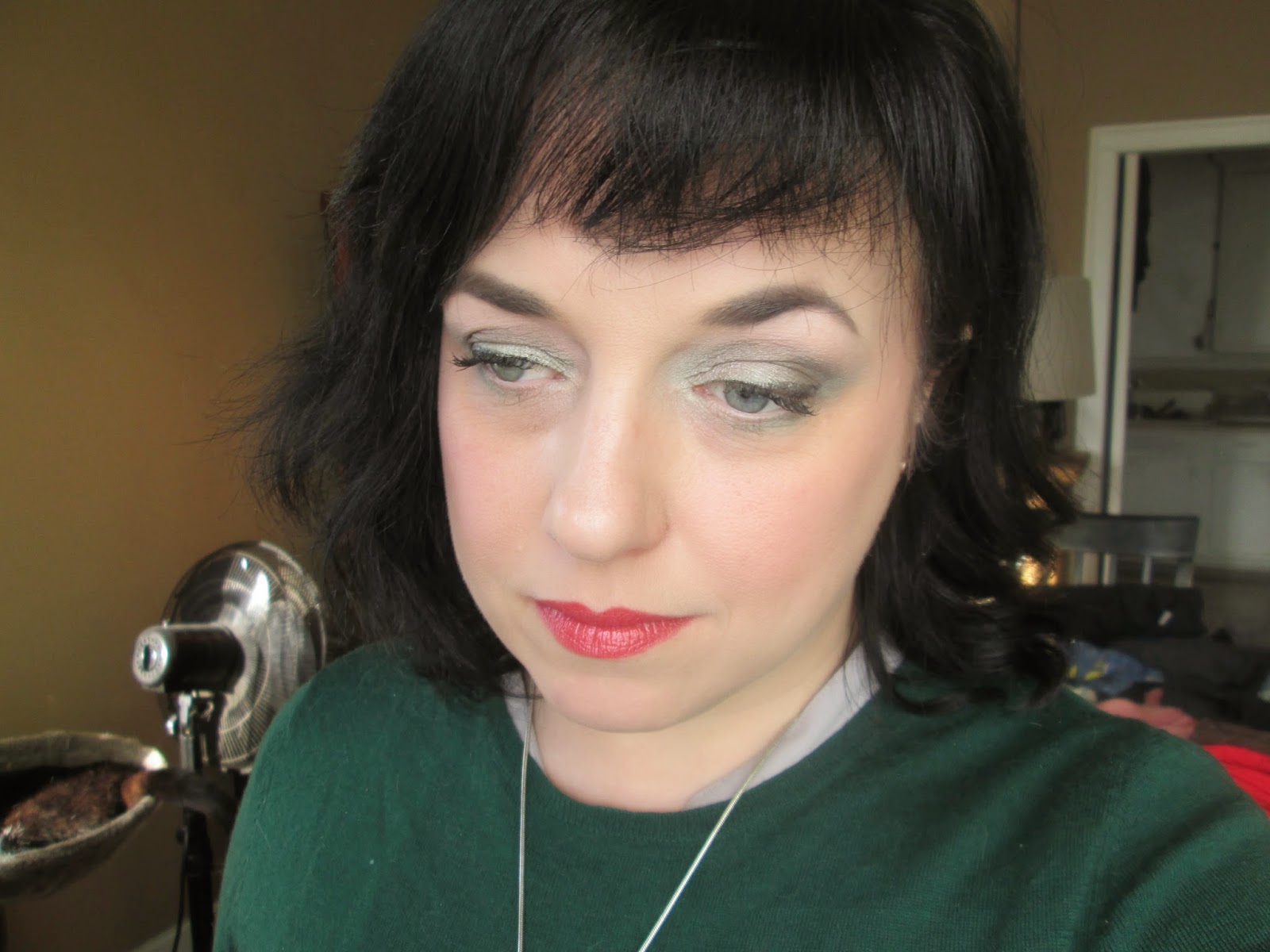 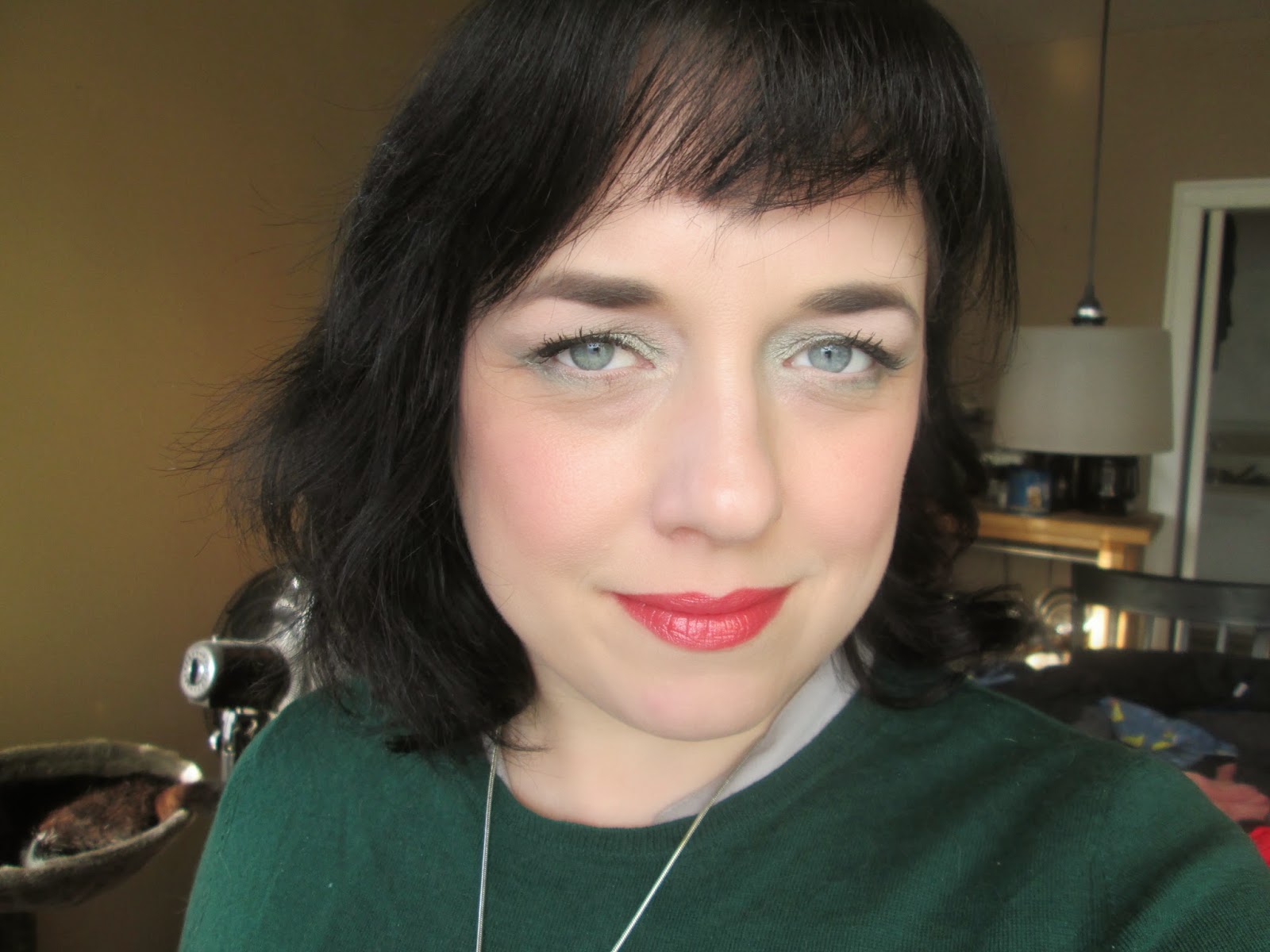 that's chantecaille "basalt" brushed over e117 and illamasqua "wisdom" as a liner. i also used inglot "352" as a highlight shade. it's a quick look- i added mac "marine life" on the cheeks as both a blush and highlighter and guerlain "rouge sensuel" lipstick- that has some major impact. i find that the soft grey-green and soft coral-red go nicely together.

both of these products are available from the ellis faas web site. as far as i know, they are exclusive there, but the site ships worldwide, so you should be able to get hands on them, no matter where you're based.

the photo at the top of this post is taken from the ellis faas web site.