give me the chair 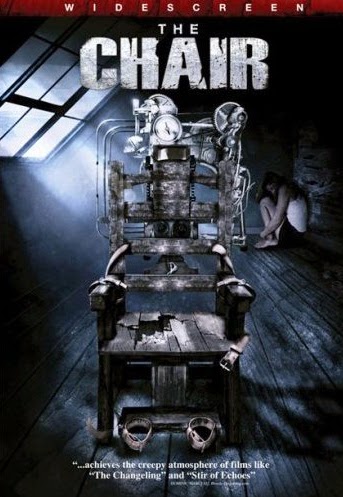 i need a new chair.

no, that doesn't quite convey what i want it to. i needed a new chair in about 2007, but i kept ignoring it and now i'm sitting on what feels like a lightly padded assemblage of saw blade factory castoffs. my back, my feet, my neck and basically everything below about my ears hates me and they take out their frustration on me by releasing evil gnomes to pummel my organs and muscles on a daily basis.

my office chair is so bad that it can make sitting anywhere at all kind of painful in its wake. it's like it wants to hurt me. did i punch its mother or something?

and it makes noise. not just when you move it. it squeaks and groans at the slightest flutter and it doesn't matter how much you douse it with lubricants and other spa treatments for furniture. it likes the sound of its own voice.

theoretically, there are adjustments that should limit the wobblies, but those never really made it what i would call stable. therefore, it's very possible to get seasick just sitting on this thing.

also, it gives me stabby pains in my buttocks and i'm almost certain that's a bad sign.

so why haven't i just coughed up the money for a new chair, you might ask? well let me tell you.

because they all suck.

i mean it. i have gone to the internet, prepared to shell out hard-earned coins for a decent chair with some back support and a butt-hugging seat, but none of them seem to represent a marked improvement on old lurchy.

i've consulted guides, i've read up what there is to read from people who know their stuff [and by the way, how do i get a job as a chair tester?] and all of the most recommended models [and their cheaper knock-off cousins] have the same set of flaws. [although most do have arm rests, which i currently lack, i've had mixed experiences that have led me to believe that those things are a mixed blessing.]

the first problem is that i have to be the only person on earth who doesn't like the ubiquitous herman miller aeron chair, which is basically what every office chair is now designed to mimic.


it's not that i don't like the way it looks or anything. it's sort of spacey looking and the mesh is a great idea to help regulate body heat. i just fail to see what's so damn awesome about the way it feels. i've sat in a number of these and not once have i ever left thinking "gotta save up and get me one of those". the first minute or so is amazing, when you have that sensation that you're workstation includes a miniature trampoline. after that, you realise that you're at your desk, trying to work and sitting on a damn trampoline. there's a reason offices don't generally have trampolines. they're bad for productivity. [also bad for insurance claims.]

i know that you can adjust the tension, however my experience has been that doing so results in having either a rather uncomfortable ass-hammock or a surface so taut that you're in danger of being injured by ricochet if you so much as drop a paperclip. you'll probably need three tries sitting down in the morning so that you don't just bounce right off that thing.

other chairs have been introduced to the market with better ergonomics, more back-friendly features and slight tweaks in the shape, but none of them really represent a substantial move forward. there are few great advances in the field, unless you count this:

that's right, you can now combine the wild ride that is office work with all the fun of falling over. because what we really need are chairs that require us to focus on sitting rather than what we're supposed to be doing.

several years ago, i took a seminar [read: was obliged to take a seminar] on office ergonomics. this is the sort of thing that normally makes everyone, especially the managers who had to lose their staff to this thing for half a day, roll their eyes. except it wasn't like that at all. it was interesting and practical and taught me things about how to make my workspace better through simple adjustments. when i implemented them, i was astonished at how fast my body felt better. among the most important things i learned was that your arms and legs should always be at right angles. anything off that and you're putting a surprising amount of strain on your body. i felt the difference within two or three days. it's that important.

however, for most people, desks and chairs are not constructed in a way to make it easy to do this. for instance, if i'm sitting high enough to have my arms at a ninety degree angle, my feet are dangling. if i'm seated low enough to have my knees at a ninety degree angle, the top of me probably can't see above the desk. and i'm only slightly below average height for a north american woman.

i deal with this mostly by trying to find a box that just happens to be exactly the right size for me to rest my feet and adjust my chair so that my arms bend in the right place. but what i'd really love, what would be absolutely smashing for me, would be if someone thought to put an adjustable oot rest on the damn chair. like you've had on barbers chairs for about three thousand years.

the other thing i'd love would be a neck rest that curved slightly forward, like a firm kind of neck pillow, so that you could give your neck and shoulders a bit of a rest when you were doing things like reading, sorting images, or playing solitaire while waiting for someone else to get back to you so that you could continue your work.

ideally, of course, we all want some kind of sleep number chair, that figures out where we're uneven and where pressure is highest and compensate. but it's just insane to think that technology that's used for beds and shoe inserts could be applied to anything that we sit on for eight to ten hours a day.

until someone figures all that out, i'll just have to hold onto my seat [i'm likely to fall off otherwise] and hope that the future brings something other than trampolines and exercise balls. god help me.