February 09, 2014
it's not fair. when i was younger, i went out at night a fair amount. i could have worn whatever craziness i wanted on my face, but i generally didn't because i had less makeup and even more because i had absolutely no idea what i was doing. it was a very long time before i realised that you could put eye liner on your upper lids. i'm not talking as a teenager, i'm talking about when i was in my mid-twenties. mid-to-late. and the first few times i attempted it i just sort of smeared a circle around my eye, which didn't make me too confident about trying it out a lot.

now, i've picked up a few tips and can do more interesting things with makeup brushes, but i don't have a lot of occasions to use them, because i just don't feel the impetus to go out as much as i once did. i'm not a complete homebody [yet] but it does take a fair amount of pressure to convince me that i'd be better off heading out at night than sitting at home with a book, a film and/ or a nice glass of wine.

WHAT'S A GIRL TO DO?

still, i do long to do things that are a little more interesting with my still-developing makeup skills, which is why i welcome opportunities like a sunday brunch to try my hand at a new thing. i've tried to do cut-crease looks before, but found them a bit tricky. either i make my lines too sharp or i don't blend them well enough. i love the look though, where a lighter lid colour meets a [fairly] distinct crease shade. what i've recently discovered is that, if you want to get these things right, it helps to have the right tools. 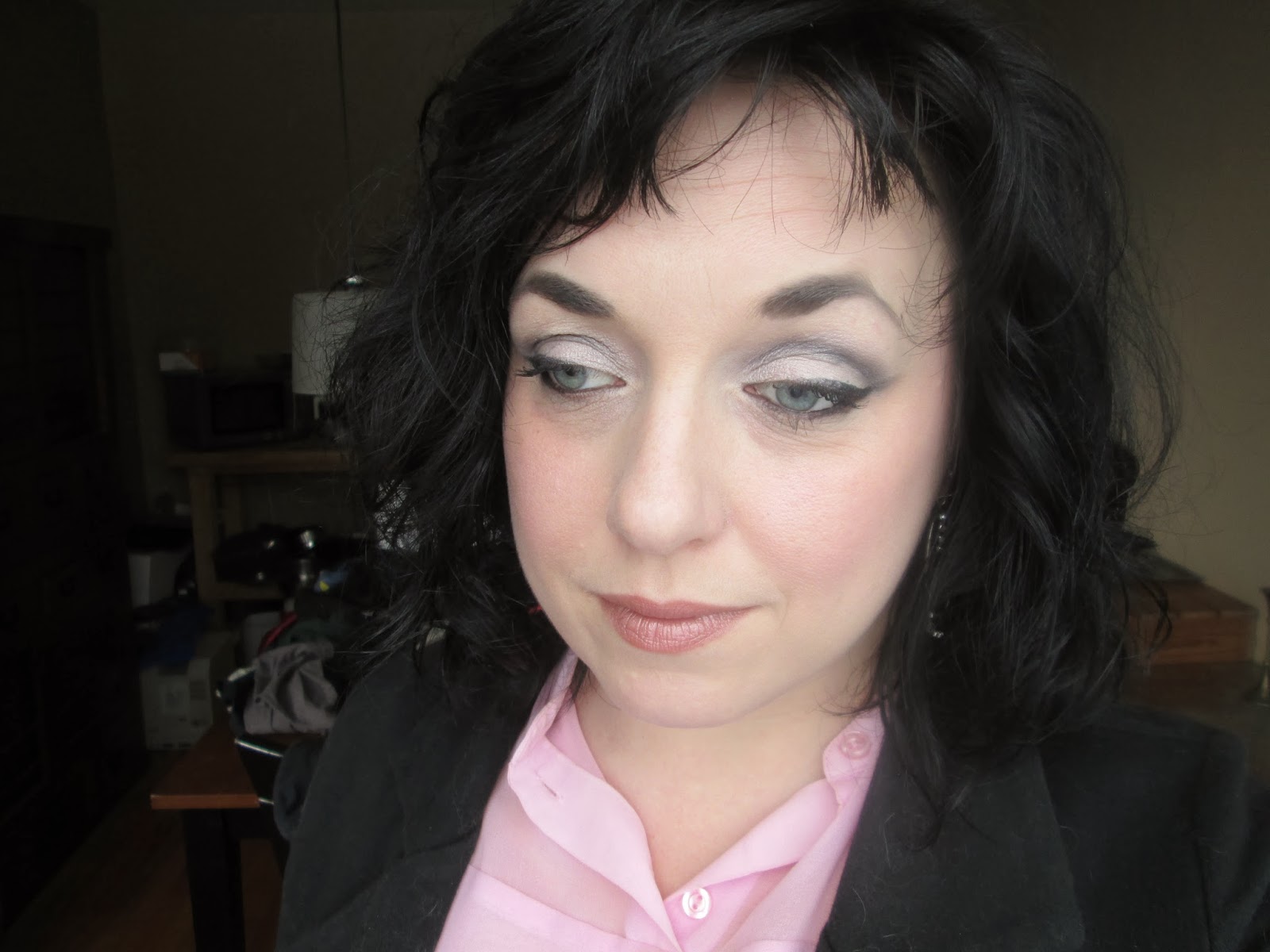 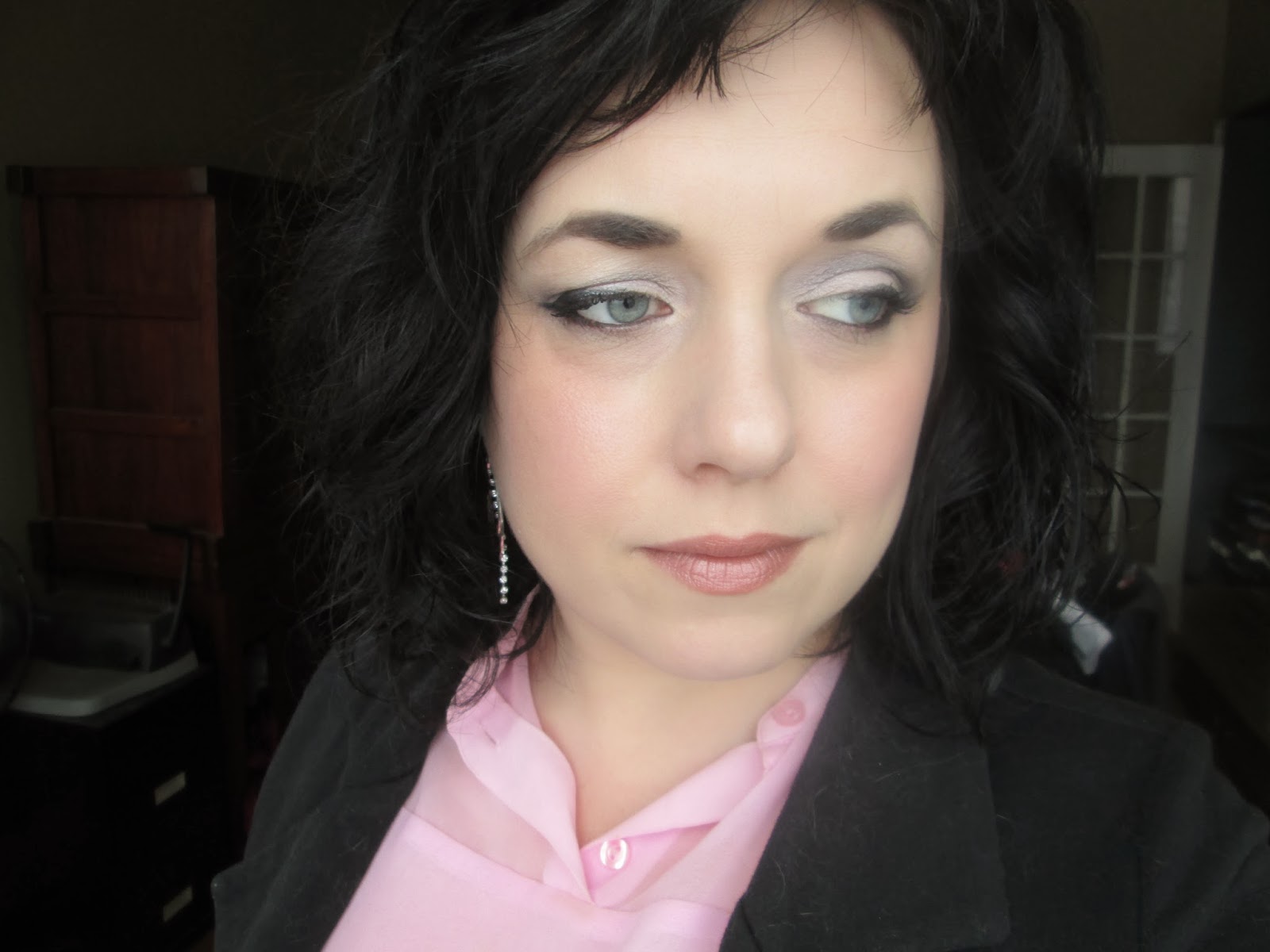 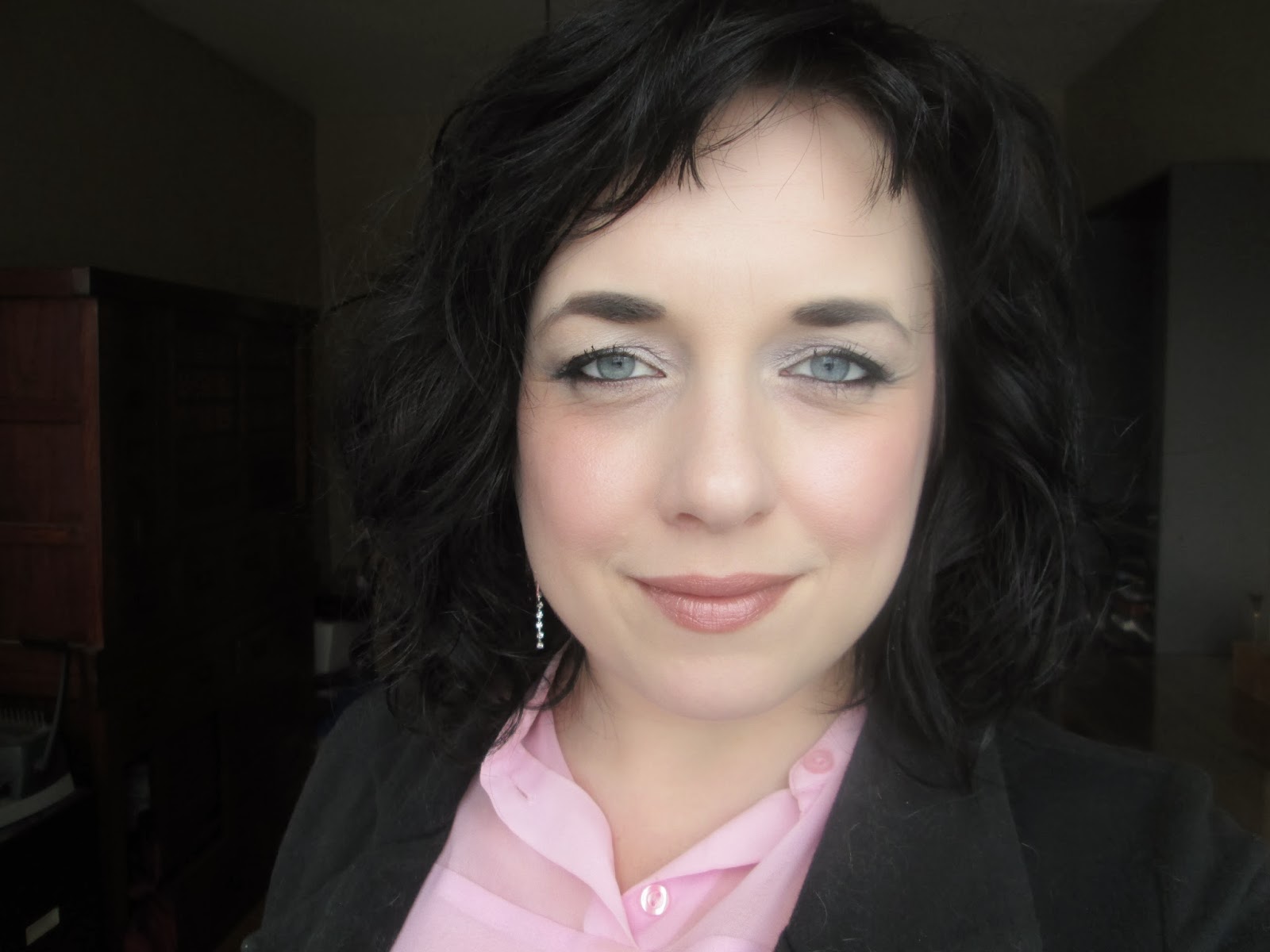 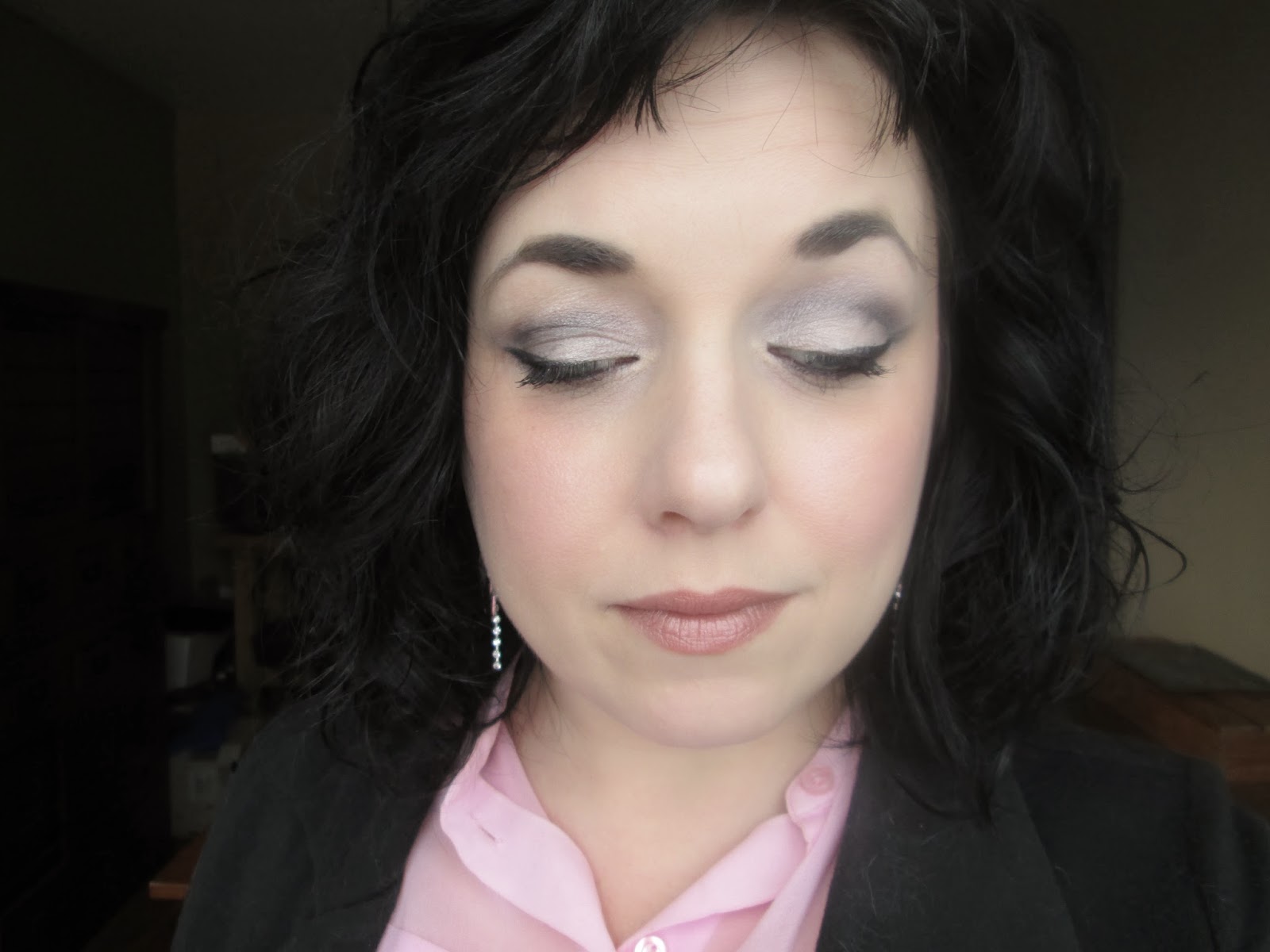 so i tried out a fairly dramatic cut crease, using marc jacobs "the mod" shadow palette. i applied the white shade over my lids fairly heavily and lightly under my brows and a little of the soft grey in the outer corners. i then used a pencil brush to draw a line along the crease with the sparkly black shadow. the first time i tried this, i used a thicker brush and i didn't do any blending, a tragic mistake. [also stupid -ed.] older and wiser, i used a small blending brush to soften the top of the line, as well as a little of the grey shadow. i think i could have gotten away with blending less, but since the line wasn't quite as straight as i wanted to begin with, i thought i would be best to disguise that. [doing intricate makeup work requires the sort of steady hand i have never possessed.]

to mirror the arc on my crease, i did a thick, slightly winged black liner and circled my entire eye. for the winged part on the upper lid, i used my trusty combination of illamasqua precision gel liner and urban decay 24/7 pencil in "perversion". and i went all around the eye with the pencil, upper and lower rims. most people council against this, because it's supposed to make the eye look closed in, but i find that it has the opposite effect, enlarging the eye by exaggerating its outline. maybe that's the magic of the wing.

i was thinking of doing a bright pink lip to go with the "moddish" theme, but opted instead to stay a little restrained.  besides, i wear bright, bold shades so often that my neutrals are starting to feel neglected. this one is a particular favourite, rouge bunny rouge "dark juices". [you like it? it's on sale right now. go here.]

here's a full breakdown of what i used:

*suggested alternates :: incandescent light = mac "lightscapade" is reasonably close, if you get one that has more blue threading in it, but it's much more reflective.

overall, i'd say that i feel reasonably good about the look. it's something that i'd be willing to try again, having figured out what tools will help me achieve it. and i can only get better, right?