well lit :: of makeup and maquiladoras 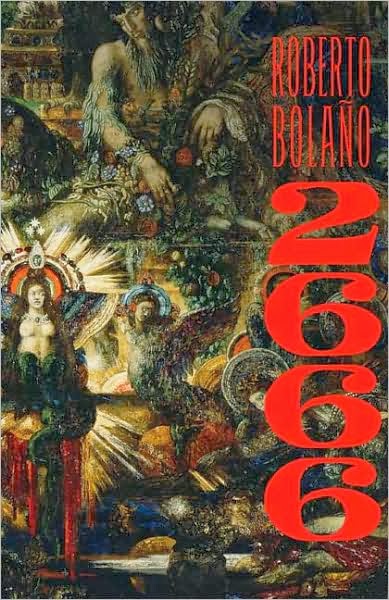 i'm not in the habit of making resolutions with the changing of the year, since they seem like one more way in which i'm likely to disappoint myself, but i did quietly tell myself on january 1st that i want to read more than i have in the last couple of years. i feel like i haven't been keeping pace.

also, a friend of mine posted a list of nearly fifty books he read in 2013 on facebook and i felt ashamed. shame is way more motivating than it gets credit for.

to start off the year, i have re-committed myself to roberto bolano's 2666, which is sort of like saying you want to get more exercise and entering yourself in a triathlon. it is a great undertaking in several senses: i'm enjoying it greatly, it is an extraordinarily well-written and it is massive. i'd started reading it last year, but it fell by the wayside when burnout and depression started to get the better of me. i've since realised that staking out ground for things that engage my mind is a way of staving off things like burnout and depression to begin with.

it's sort of a strange piece of happenstance that i connected with this book at all, because i hadn't heard of it or its author before a couple of years ago.  came across it randomly while searching for information on the notoriously violent city of juarez, mexico.

i don't know why, but the mexican border area has long held a sort of uncomfortable fascination. when i was in my early teens, a classmate once told me about the horror of the maquiladoras, a seemingly lawless zone where corporate overlords operated what amounted to industrial slave plantations in a tax-free haven just inside mexico. she told me that the air was so polluted you could see black clouds looming over the ground from a distance. workers were paid barely enough money to allow them to continue breathing. the police were dirty, which meant that mexican labour law was never enforced, so conditions were dangerous. people died every week in horrifying ways.

i don't know if i believed every word she told me, but this nightmarish junction of the industrial and developing worlds became lodged in my mind. i was reminded of it when the north american free trade agreement was forced through, expanding the maquiladoras and increasing the numbers of poor, desperate for any kind of work. and i was reminded of it again when i heard reports that in the area near juarez, women were turning up murdered in alarming numbers, something which was to continue for a decade.

later on, i ended up working for a company one of whose manufacturing facilities was in mexico. i'm not sure whether it was naivete or denial, but it took me some time to realise what that meant: that i was working for a company that used one of the maquiladoras that had haunted my imagination for years. of course, my coworkers who'd had occasion to go there assured me that it wasn't so bad. the workers were treated well. it was just like an american factory. which i'm sure it was. but i noticed that they always stayed in a hotel on the american side of the border. [in fact, the closest hotel on the american side of the border was purportedly haunted and although no one would admit to believing in ghosts, none of them ever stayed there, preferring instead the poltergeist-free environs of a hotel a little further down the highway.]

i never did end up going to see that particular factory. i probably would have, if i'd hung around much longer and i feel like it's kind of a missed opportunity, because i totally would have stayed in the haunted hotel and because i missed what was probably my only chance to see what a maquiladora was actually like.

a few years ago now, mac cosmetics was slated to do a collaboration with the fashion house rodarte. the collection ended up getting deep-sixed because the mulleavy sisters' took as their inspiration their recollections of a visit to northern mexico. both the product names and the ghostly imagery associated with the collection raised eyebrows and voices, decrying both companies for exploiting the disadvantaged, impoverished workers and the hundreds of murdered women in order to sell makeup.

that once again pushed the mexican border region to the front of my mind and made me start looking into what was happening there once again. it was during those searches that i first saw mentions of 2666 and its fictionalised treatment of life and death in the city of juarez, renamed santa teresa in the book. and although it took me a while to finally acquire the book, from that moment i was inspired to read it. so who says there's no deeper element to being interested in cosmetics?

now that i have dedicated myself to the book, which is different than merely picking it up when i feel like it, i find that in an odd way, it reinforces all of my imaginings of what that part of the world might be like. it's all there: the maquiladoras. the murder. the border tensions. but those are all just background for the characters, constantly in a transient state, who we meet in santa teresa. much of what happens has an oneiric, surreal quality to it, even when it is written in the driest, simplest, most realistic language. in fact, sometimes it is the starkness of the prose that gives it a faintly surreal edge, if that makes any sense.

i'm currently immersed in the fourth of five disconnected sections. i'll own up to the fact that it was a bit of a slog at first because the characters in the first section were the kind of people i'd like to smack. you can't always sympathize with the characters you meet in books, but when they irritate you, it can really slow things down. [i ran into this problem and stalled out the first time i tried to read tom wolfe's the bonfire of the vanities, which i've since reread a dozen times.] but i went back, determined to run the triathlon and i'm glad i did.

i realise that it might have been more normal to write something about a book i'd already read and i may well do that in the future. but the point of this wasn't to write a review- better minds than mine have reviewed 2666 and been daunted- it was just to share with you something of the enjoyment i'm getting from reading a particular book and to tell the peculiar story of how i came to find it.

do you have any stories of how favourite books came into your life? anything you've read recently that's left an impression? anything you're looking forward to reading? feel free to share!