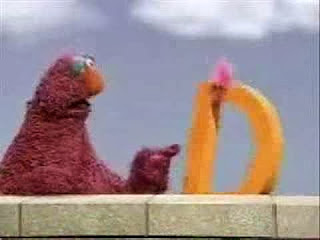 one of the things that makes depression so difficult to treat is that it can be difficult to distinguish whether it's a condition in itself or a symptom of something else. you can be depressed for no reason other than being depressed, but you can also be depressed as an effect of a condition that has nothing to do with your mood, your outlook or your neurotransmitters- kinda.

because if you've ever tried to diagnose yourself on line, you've probably noticed that depression is a
symptom of just about everything- as ubiquitous as headaches or stomach upset, which means that just because you're showing all the symptoms of depression doesn't mean that it's necessarily your problem. excessive drinking causes depression. so can surgery. a lot of medications can cause depression. thyroid problems can too. chronic or long-duration illnesses like cancer, multiple sclerosis, fibromyalgia or diabetes are known to cause secondary depression at much higher rates than are found in the general population.

on top of that, the brain is vulnerable to imbalances in hormones, enzymes, vitamins and nutrients which can trigger depression. so if you're ever wondering why it can be difficult to find a treatment for depression, keep in mind just how fantastically complex you are.

evidence on dietary methods of controlling depression and other mood disorders is often controversial, often because it isn't conducted using the same standards as pharmaceutical testing [double-blinding, use of a placebo control]. unfortunately, that is more than likely to continue, simply because the financial incentives to conduct these sorts of tests is pretty lean. however, i was sort of interested to see the results of this new study conducted by the stritch school of medicine at loyola university in chicago.

the study is pretty specific in its scope: the effects of vitamin d on pain caused by depression in women with type 2 diabetes. but that may be the way of the future when it comes to controlling mental disorders without relying on powerful pharmaceuticals for years or even decades- rather than taking one thing to treat a broad condition like depression, it may be necessary to address the syndrome bit by bit.

after all, while it might seem obvious that vitamin d- which we get from sunlight, among other sources- might be effective against seasonal depression, research has shown that that's not necessarily true. and yet the loyola study shows that it is a very promising treatment for a specific symptom of depression within a particular sub-group.

clearly, we're only beginning to understand the complexity of the long term treatment of mental and mood disorders. but for now, especially if you're a woman with type 2 diabetes, make sure you enjoy the 5 minutes of daily sunshine we've been getting.