the dream of walking 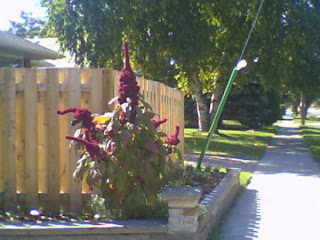 with all of the news about toronto mayor rob ford, his tribulations and his unwavering fans dubbed "ford nation", i was reminded of my experiences in the neighbourhood of etobicoke. it's considered his home base, but it's also an area where i used to work. much of etobicoke is quite well-to-do, but the area where i worked was a little strange. it had once been a suburb sitting on the city's western shoulder and it still bears those hallmarks: streets of postwar bungalows adjacent low-lying industrial properties, once state of the art, but now decidedly shabby.

as the city's population ballooned and suburban dwellers sought out more, larger, newer houses, this area of etobicoke was abandoned in favour of "better" neighbourhoods to the north and west, so there is forever an almost inexpressible gloom, like a heavy sigh, that hangs over the place. i could also never shake the feeling that there was something both resentful and sinister lurking there.

ironically, i've just written more about this piece than is contained in the piece, but here is my meandering recollection of lunch hours spent meandering through the neighbourhood around where i worked.

I’m still there, wandering those streets and trying simultaneously to find my way out of the heart of these postwar huts, thrown up to appease the masses of returning men, eager to claim the homesteads they’d fought for and the future that was theirs. I am weaving through them, then the residences of the country in action, now the refuge of the second and third generations of families left dazed when progress’s wave crashed over their heads and moved beyond them. They lean against the oldest of industrial patches, once a convenient geographical handshake- the engine of wealth and its workers, marching forward side by side. Now the only engines left are those broken or sputtering, a stink of seedy desperation hanging everywhere about them. And those houses once happy hide sheathed knives in their shadows.

I am walking over the paths, worn down by the stamp of increasingly heavy steps, past the dampened playground voices at schools that have failed and fallen and been forgotten out here in the hole in the city.  Strange plants point me everywhere but out and I spin in circles for an answer. Grey faces glance up from vigils on their squared lawns and see through me, a bird wing on their radar, crossing the screen and gone until another one, identical, flaps through and another after that. I awaken only their hostility to the wild which greys fast enough on my passing.

I want to see something new, or something reborn, something that whispers encouragement to my existence, but the sameness is suffocating and I feel my mind grow weak. This space hides its borders from me. I am lost.