November 24, 2013
as you may have heard, the band arcade fire has ruffled a few feathers- or a few t-shirts and jeans, at least- by asking fans to turn up to their shows in "formal attire". their description of formal attire is fairly broad; it was defined in the band's own tweets as "suit, dress or fancy something". they've even invited people to appear in full costume if that's their thing. sharp criticism on social media was immediate and profuse and while the band's leader said that he wasn't sorry for making people dress up, their twitter account later did clarify that while they had said it was mandatory, it wasn't "super mandatory". so you might not want to drop your hard-earned cash on that ball gown after all. 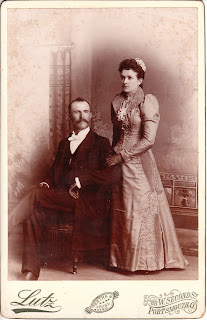 i'll say from the outset that i'm not a fan of arcade fire. i've always referred to them as godspeed you! black emperor for dummies, meaning a group that has taken the indie/ arty roots of an underground phenomena, boiled it and packaged it for a pop music audience. it's not so much that i dislike the band or their music- i find both unexciting- but it does bother me when highly derivative artists are lauded as groundbreaking. that said, such bands can occasionally serve to broaden the horizons of their fans, so i can't say that their influence is entirely baleful.

my knee-jerk reaction to hearing this request was the same as a lot of people's: it sounds like pretentious twaddle. why should fans have to make a point of getting all dressed up to go to a show they're paying for? they could go see any other band and not have any demands made of them. the band has said that they feel like the show would be more fun if everyone got in on the atmosphere, but more fun for whom? for people sweating in the front rows because they were forced to wear a shirt and jacket? to the women shuffling their weight from one side to the other because they felt compelled to wear heels? or the person who gets cheap beer sprayed on costly silk that just happened to be their only top not made of jersey fabric?

after i thought about it a few minutes, though, another thing occurred to me: what's so bad about dressing up? when did it become a form of punishment to make yourself special? yes, it's true that bands don't usually ask fans to turn out all fancy-like for every one of their shows, but most people aren't going to every show on a tour- they're only going to one. so why not treat it with a sense of occasion? after all, you get dressed up for things like a prom, or for a wedding reception that you're probably going to enjoy a lot less than a show you're going to. people used to get dressed up to see any musical performance, for the exact reason that it was considered something exciting, something singular and they wanted to give it sartorial salute.

personally, i like getting "dressed up". that's not to say i walk around in hoop skirts and sequins [most days], but that if i'm going somewhere, i like to present the best me i can for the situation. the fact is that there are lots of times that i've thought about what to wear to a particular show and those decisions were not guided solely by what would be practical. i don't think i'm alone in that. why is it such a big deal in this case?

in fact, i think i've tripped across the answer to my questions by posing the questions themselves: people are annoyed, they want to go to shows in their jeans and t-shirts, they don't want to "bother" getting dressed up and they don't really want to think about their attire because these shows aren't special. they aren't occasions. i don't mind getting dressed up, because i'm still excited by the music i listen to and i'm excited to go out to a show. [moment of honesty: i'm not the most casual person anyway, so it might not even show that i've gone through some effort to select an outfit. it'll have to be our little secret.]

arcade fire are trying to create artificially an atmosphere that doesn't exist organically at their shows- the spirit of a carnival or an old-time festival. there are shows where you'll get that. old-school goth/ death rock shows are a phenomenal example. not everyone will turn out dressed to the nines, but chances are that you're going to get a good portion of the crowd who spent some time matching their accessories and boots, even if it was on a nearly unconscious level. black metal shows are similar.

the difference is that shows that draw those audiences are taking place at much smaller venues and festivals. no one is going to sell out the air canada centre with that kind of thing, because it just doesn't have the broad appeal. people who are attending shows in stadiums don't want to go through the trouble of getting dressed up because such a show isn't an occasion. it's just one on a list of shows that they're likely to see in the same place. yes, each show will be unique in certain ways, but chances are that they'll see the band only from a great distance, that there will be little interaction between artist and audience [no matter what anyone is wearing] and even if there is, it won't be noticeable to 90% of the people assembled there. it'll be a good enough time, but chances are it won't be very memorable. so why bother going through the hassle of finding something special to wear?

i don't think that that's the reason most people have front of mind when they're thinking about what bothers them about the request. i'm sure that the line of logic stops at "i'm paying for this, why should i have to wear something i don't want to?" but really, the more important question is "why wouldn't you want to?" and therein lies the problem.